Although many of our Sakadas have gone now, they will live forever in the hearts of their offsprings. They had dreams, dreams for a better life for themselves and their family. One of these offsprings is Caroline Rafanan Cabanting. She is the daughter of Sakada Claudio Rafanan and Erlinda Rafanan who originally came from San Julian, Vigan, Ilocos Sur, Philippines. She was born in San Julian on September 18, 1959.

Caroline and her mom Erlinda arrived on Maui on August 1961 and first lived with the Soberano family in Spanish B Camp in Pu‘unënë. She grew up in Këökea and Pukalani because her dad worked at Kula Sanatorium—now Kula Hospital—until 1974 when her family moved to Kahului. 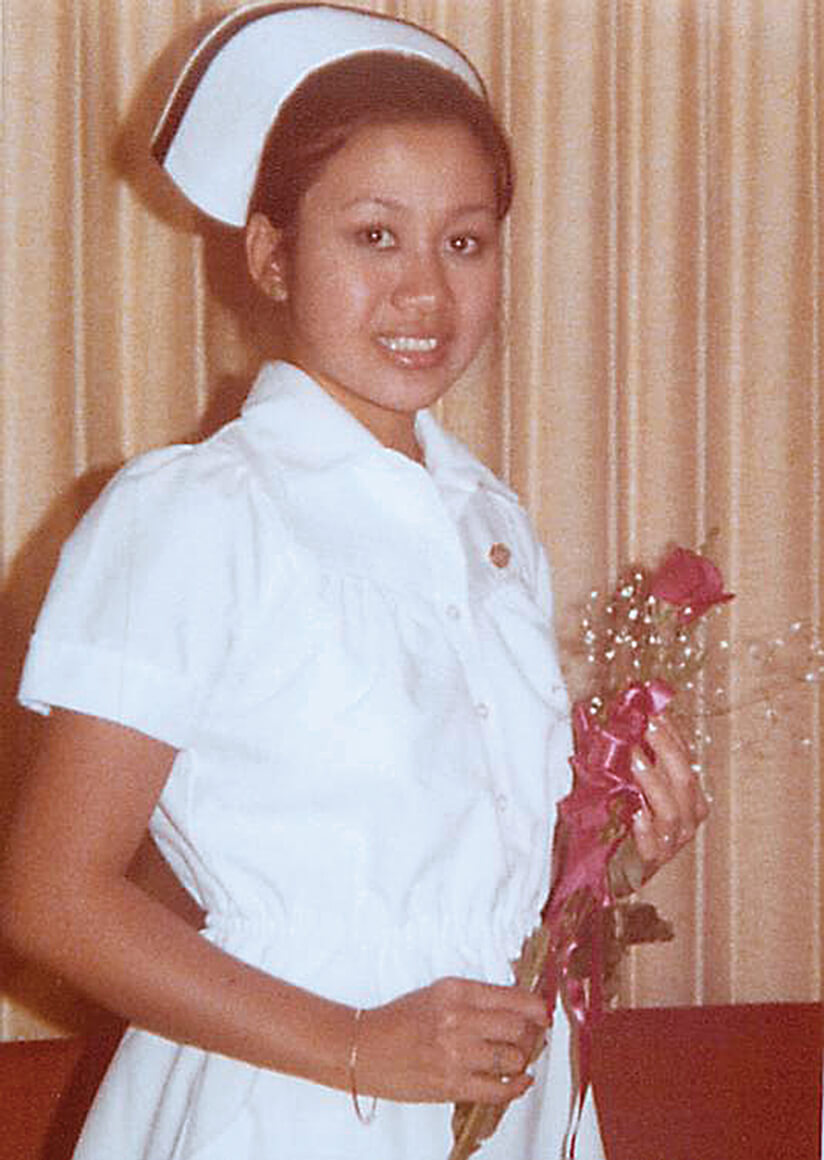 Caroline Rafanan at her Nursing Graduation

Caroline and her son Lance at his Doctorate of Pharmacy Graduation 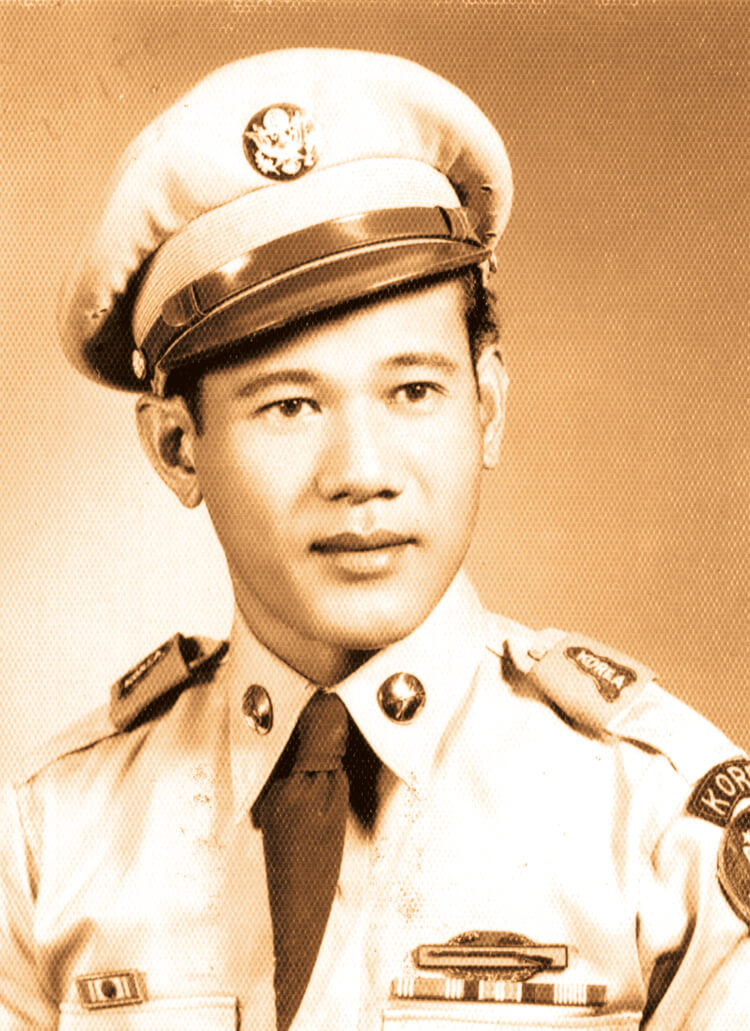 Caroline was a very bright student. She attended Kula and Makawao Elementary Schools, and Maui High School; Class of ’79. She received scholarships like the Kahului Filipino Community Association, Maui Filipino Community Council, and Mayor Elmer Cravalho Scholarship. She received her Associates Degree in Nursing at Maui Community College—now UHMC—in 1980. She earned her Bachelors of Science in Nursing at the U.H. Mänoa Outreach in 1987. She became a registered nurse at age 20. She worked at Maui Memorial Hospital from 1980–1990. She transfered to Maui District Health Office, Department of Health in 1990. From 1990–2001, she was with the CMCP PHN, Case Management Coordination Program, which provided nursing case management services to the high risk, vulnerable elderly population. In 2001–2012, she was a district public health nurse. From 2013–August 2016 Caroline was a public health nurse Assistant Supervisor in Maui County. At age 56 in August 1, 2016, she retired after 36 years of nursing service to the State of Hawai‘i.

The following very inspiring reflections were shared by Caroline: “I decided to become a nurse in my Junior year of high school. This would be my way of helping people and giving back to my community. Becoming a nurse at an early age forced me to deal with the realities of life. At age 20, I cared for patients dealing with pain, fear and loss as well as those who were terminal. I recognized how fragile life was and the value of compassion for those suffering. Public Health Nursing has broadened my understanding of the needs of people in our community. I learned about promoting cultural diversity, health care equity and advocacy for the disadvantaged, displaced, and disabled. The coping, problem solving, team building and leadership skills have helped me deal with the challenges in my personal life as a single parent. While raising my son, Lance, as a single parent, I kept to the values that were important to me: First, always be respectful and compassionate to others. Second, be thankful for everything that you have been blessed with. Third, give back to show appreciation for what you have been given. Fourth, to those that much is given, much is expected. Fifth, when doing something, do your best. Sixth, pono—do what is right.”

Today, Caroline’s son Lance, a St. Anthony High School Graduate of the Class of 2007, U.H. Mänoa Grad in Biology, just received his Doctorate in Pharmacy from U.H. Hilo, Daniel K. Inouye College of Pharmacy. He is one of the three Filipino Pharmacy graduates from Maui of the Class of 2016. Congratulations to the late Grandpa Claudio, Grandma Erlinda, Mom Caroline especially to Lance. A Sakada dream came true.

Lucy Peros is a retired school teacher, having taught for 32 years, 11 years at St. Anthony Grade School and 21 years at Waihe’e Elementary School. Both of her parents, Elpidio and Alejandra Cabalo of Haliimaile, worked for Maui Land and Pine Company. Her dad was a 1946 Sakada. Lucy is currently a Realtor Associate at Peros Realty, the business her late husband Sylvester Peros, Jr. started 30 years ago, where her daughter Lianne Peros-Busch is now the Broker. Lucy devotes a significant amount of time to activities at Christ The King Catholic Church as well as babysitting her grandchildren.