Business of the Legislature Begins

For the first time in many years, both the House and Senate majority legislators are proposing a small package of four companion bills jointly drafted and proposed by their respective leadership. The “cost of living” package was spurred in part by a report from Aloha United Way on Hawai‘i’s ALICE households. ALICE stands for “asset limited, income constrained and employed,” describing our islands’ hardworking residents who have a job—sometimes several jobs—but still fall short of comfortably making ends meet. The report confirmed almost half of Hawai‘i’s households struggle to pay for six basic needs: housing, childcare, food, transportation, taxes and health care. Our ALICE population lives paycheck to paycheck without the ability for savings or to meet unexpected expenses like catastrophic illnesses. Based on the report, a family of four needs to earn roughly $77,000 annually simply to survive.

The proposals will have critics.

For example, in recent years, there has been a call to raise the minimum wage from the current $10.10 per hour to $15 or more. Legislation to do so failed at the end of the 2019 legislative session.

The joint package makes a minimum wage hike one component of attacking the ALICE challenge. Rather than attacking the issue only through wages, HB 2541 and SB3102 are written to provide more money to the pockets of working families from several sources. The companion measures include tax breaks for working-class people to create a fairer taxation system for those who are paying a higher percentage of their income to taxes. The proposals would make the earned income tax credit permanent and also refundable. Under this change, qualified families can get a cash refund of up to $380 through this tax credit. The bills also increase and amend the refundable food/excise tax credit by basing the amount of the credit on a taxpayer’s Hawai‘i earned income, rather than federal adjusted gross income. These same bills also propose to raise Hawai‘i’s minimum wage to $13/hour with more gradual changes so that Hawai‘i many small businesses have time to adjust.

The ALICE report also identified childcare as a major cost for households, especially one-parent families. SB3101 and HB2543 would expand access to pre-school and early learning programs by partnering with the private sector and taking advantage of existing public facilities for more sites. The measures adopt a public-private model to increase the capacity at existing private childcare facilities supported with public funds and develop new facilities for early learning programs for 3- and 4-year-old children where they are needed. Further, state-owned sites in rural areas and on all the university campuses will provide space to expand the number of early learning centers.

Another change proposed in the joint package would free the Department of Education (DOE) from school construction and repair responsibilities. SB3103 and HB2544 assign school-related construction projects with people who know how to build, maintain and repair facilities which will free the DOE to focus on its education mission rather than its buildings.

Finally, to address the need for housing, joint package measures SB3104 and HB2542 propose changes to state laws affecting development to accelerate housing development. A recent report from SMS for state housing agencies indicates the pace of home construction will not meet expected demand over the next decade. Many in Hawaiʻi cannot afford to buy a home, especially when they compete with out of state investors with deep pockets. To address this issue, the state will identify publicly owned properties that can be used to develop 99-year leasehold units. Half of those homes will be reserved for working-class families earning 140 percent of the area median income (AMI). To spur housing development on O‘ahu in the Kapolei area, the state will dedicate approximately $200 million in General Obligation (GO) bonds for needed infrastructure. The state will also invest $75 million in GO bonds on the neighbor islands to defray affordable housing infrastructure costs and offer a General Excise Tax exemption for housing projects that meet the goal of 140% AMI or below.

While the package of bills was developed by legislative leaders and key committee chairs and described by the Governor in his January State of the State address, all the bills will still need to go through the same hearing process and floor votes as other measures. They can be amended based on the testimony that will be presented during the session. They can be rejected if testimony raises persuasive arguments against them.

But the package makes up only four of thousands of bills being considered over the next several months.

I’ve introduced several bills this session—some suggested by community leaders and others by friends or family—to tackle both local and statewide concerns.

With some concerns being raised about an expected downturn in private sector construction and existing challenges in getting timely reviews by the State of pending projects, the Counties are asking for authority to hire their own qualified archaeologists. SB2680 and HB2663 would allow counties to take on some responsibilities of the state historic preservation division in processing projects, addressing the current backlog in those reviews. To help fund affordable housing, SB2694 and HB2387 would change tax credit allocations as an incentive for the private sector.

Closer to home, SB 2699 and HB1928 would shift State lands at Pulehenui into a community development district, allowing access to federal funds and aid that could help in moving projects for Hawaiian Home Lands, the Department of Land and Natural Resources (DLNR), and the Department of Public Safety in that area forward.

Along with funding in the Senate-House package to assist with infrastructure construction, SB2687 and HB1931 would amend the rental motor vehicle surcharge to increase available funding of roadway capacities in Maui County. With fuel taxes generating less revenue, the Department of Transportation needs alternative revenues to upgrade our roadways. At the request of the County, SB2686, SB2685, HB2648, and HB2649 would allow Maui County to adopt a GET surcharge for infrastructure projects just as Kaua‘i and the Big Island counties have already done. In addition, SB2684 and HB2658 would allow the Maui County to regulate hosting platforms for vacation rentals. SB2674 and HB2388 would allow counties to adopt a County surcharge on the hotel room tax.

With our changing agricultural landscape and the looming conclusion to the water disputes in the aftermath of sugar ending on Maui, SB2692 and HB2555 would authorize a partnership between DLNR-Forestry and Wildlife and the County of Maui to acquire the Nā Wai ‘Ehā watershed and the ditch system and bring the area under public management and ownership. With the number of wildfires experienced on Maui over the last two years, SB2828 and HB2646 would look at maintaining plantation-era infrastructure, such as reservoirs, as assets to combat brushfires. With the closure of active agribusiness throughout the island, helicopters no longer have access to water sources in reservoirs that might be closer to fires than the ocean. The bills would have the DLNR and Hawai‘i Emergency Management Agency explore whether certain reservoirs should be maintained for public safety purposes.

A couple of bills address some gaps in our environmental laws. SB2663 and HB2382 would set standards for when updates of environmental disclosure documents are required for projects that have not been constructed by a certain period. SB2667 and HB2668 would put some teeth in existing laws requiring public shoreline access by ensuring that the accesses will be maintained. To follow up the recommendations of a task force on climate change, SB2671, SB2670, HB2384 and HB2383 would modernize real estate disclosures to recognize the future impact of climate change on certain shoreline properties.

Anyone who knows a college student on scholarship or financial aid knows NCAA rules severely limit what schools can provide them and how athletes can earn any extra money while enrolled and eligible for their sport. The Legislature will consider SB2673 and HB2665 which would establish the right of college student athletes to receive compensation for the use of their name, image or likeness. Other students, who are not on an athletic scholarship have no such barriers from entrepreneurial activities while enrolled in school. The NCAA is re-looking at its policy barring any additional benefits to athletes, spurred by several states including California already passing laws to allow students to benefit from the notoriety and revenues they contribute to their school as athletes.

Over the next four months, the Legislature will debate these bills but there are many others that I have not included in this short column. 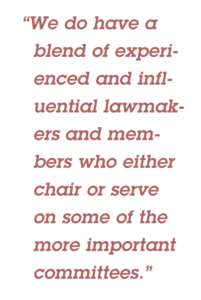 Maui has only nine legislators—three State Senators and six State Representatives. Making sure Maui’s concerns are considered requires the Maui delegation to work well together while making sure our colleagues from O‘ahu and the other Neighbor Islands understand how issues affect our communities. We do have a blend of experienced and influential lawmakers and members who either chair or serve on some of the more important committees.

Each year, the fifty-one state representatives and the twenty-five state senators propose at the beginning of the session approximately 1,500 to 2,000 bills. Few people, including legislators, read through every bill introduced. Each session, only between 200 and 300 bills will make it through the four-month process—sixty floor debate days—to the Governor’s desk. The governor will then decide whether to sign the bill into law, or allow it to become law without his signature, or disapprove or veto it.

In order to cull through all the bills proposed, House and Senate leaders assign bills by topic to committees and the committee chairs determine which bills to hear. You can expect that legislators on those committees will focus largely on the bills assigned to them but rely on colleagues working in other committee subject areas to advise on bills referred to those other committees. Legislators, like the general public, will concentrate their time and attention on the measures they have an interest in or that people or others in their communities are following closely.

The local news media also can’t and doesn’t bother to report on every bill introduced. Instead, they will highlight what they think are important or interesting in some way.

The Maui legislators will also be involved in reviewing the Ige Administration’s and the Judiciary’s supplemental budget requests as well as pursuing funding for projects and initiatives important for Maui Nui and our own neighborhoods and communities and our County. 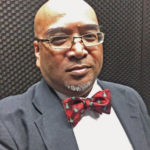