The NBA play-offs are still going. But my Golden State Warriors and Steph Curry are done … again. But then so are the Lakers. Unless you’re a Jazz or Suns or Bucks or Sixers or Hawks or Nuggets or [Mavericks/Clippers] or gasp, Nets, fanatic, do you really have any reason to still care?

I’ve seen and felt it the last couple of weeks during dog walks at Central Maui Regional Park—as girls softball and youth baseball keep the ballfields active (one of the things Mike did right during this pandemic was letting the kids play outside, safely and with proper safeguards).

And major league ballparks are beginning to allow more fans in the stands. Promising vaccination rates auger the national pastime is back.

I suppose that’s a great sign we’re moving back towards a measure of normalcy.

And a good start by my San Francisco Giants is perhaps another.

My Giants won three World Series in 2010, 2012 and 2014. Odd years weren’t so great—injuries, bad luck and all the other intangibles that happen. That’s baseball.

Once the consecutive sell-out streak ended at PacBell-SBC-AT&T-Oracle (the name sponsor has changed over the years) and Timmy, Matt Cain, Barry Zito, Hunter Pence, Panda Sandoval and Bruce Bochy and Dave Rhigetti departed, baseball in the Bay felt different. Wait till next year has come earlier and earlier in the season.

The nucleus of those championship teams—Buster Posey, Brandon Belt, Brandon Crawford and Madison Bumgarner still flirted with more post-season magic in the years that followed. But I think they were running on the fumes of their success. Last year, the Giants teased a post-season through the final week of that unusual COVID-19 season (even with Buster opting out of the short schedule).

Newbie fans were no doubt spoiled (they never sat through doubleheaders or free baseball at Candlestick). But when the hated Dodgers began winning again (and making a habitual mockery of the rivalry season after season) and we hired Farhan Zaidi away from LA and shifted Brian Sabean to a different role in the front office, we were living in a very different world.

I don’t consider myself one of those Johnny come lately fans (a wise man has observed that a city that doesn’t have a band wagon when the local team starts winning doesn’t have any real sense of community).

I grew up as a fan small kid time in Pā‘ia (even if our pee wee and little league team were Yankees).

I started following the Giants in earnest while attending Berkeley. We saw the early careers of players like Will Clark, Robby Thompson and Matt Williams, with veterans like Jeffrey Leonard, Chili Davis and Candy Maldonado and manager Roger Craig moonlighting in the dugout during the Spring and Summer and on the gridiron in the Fall and Winter. My Rotisserie Baseball partners and I—all diehard Giants fans—had a few of them, including pitchers Scott Garrelts, Dave Dravecky and Attlee Hammaker on our roster (which may explain why we never contended regularly—we drafted and kept players we liked rather than trusting the sabremetrics).

Those were also the guys we had during the Bay Bridge World Series against Oakland. We lost that earthquake World Series but the changes brought by that natural disaster to the San Francisco city shoreline resulted in some iconic changes.

Bob Lurie sold the team to folks who wanted to keep the Giants in the Bay Area.

We Fans remain confident we always know better than the front office. Zaidi should have traded MadBum when our ace had more value (rather than letting Arizona sign him away). But then again Farhan can’t be trusted because at heart he’s still a dodger. The bum should try and win while we still have fairly productive Buster Posey, Brandon Belt and Brandon Crawford.

Giving Farhan his due, the Zaidi plan appears to be ahead of schedule.

For a team known for playing classic National League small ball (former Giants third base coach Tim Flannery joked about the number of RTIs—runs thrown in—scored by SF) with good pitching (Timmy-Horse-Peavy-MadBum-Vogelsong-Hudson), solid bullpen (#FearTheBeard, Romo, Casilla, Affeldt, López) and dependable defense (Crawford, Panik, Pence, Posey, Belt), Zaidi has a roster that has been regularly hitting dingers (he did bring the fences in a little by moving the bullpens to the outfield). Crawford and Posey already have double digit home runs, with Longo and Belt likely to join them soon. And others ON the roster are collecting quality at-bats and posting a lot of crooked numbers.

As we go to press, the Giants lead the NL West over the young and talented Padres and the defending world champions from Los Angeles. At times these Giants have had the best record in baseball. The Giants lineup doesn’t scare anyone. They may still have an August swoon. But those 2010, 2012 and 2014 rosters weren’t loaded either.

I, for one, have never doubted Farhan. I trusted it was just a matter of time. I just wished I didn’t have to keep looking at all the new names on the 40-man roster.

But that’s a small cost since I get to gloat while the going is good.

After all, it’s a long season and there are a lot of games left to play. 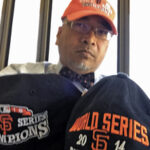 Gilbert S.C. Keith-Agaran attended law school in the Bay Area where he spent many evenings at Candlestick Park and Oakland Alameda Stadium. He “studied” for the California Bar Exam at the ballpark. He and his spouse witnessed Barry Bond’s 700th home run on September 17, 2004 in the SBC Park outfield bleachers. He still loves Even Years but is hoping for Odd Year magic in 2021.