Google® Is Not Everything…

Home Columns Google® Is Not Everything…

Among high school students, obtaining their driver’s license provides them a feel of independence as young adults. Now that these teens can get to places by themselves, parents are given the satisfaction of not needing to drive their teens to places. With their driver’s license, the road is now open for their journey to adulthood. However, not all parents feel too comfortable about their children taking to the road. According to the National Center for Health Statistics, Motor Vehicle crashes are the leading cause of death among 15 to 20-year olds. These young adults are not free from the dangers the road still poses and for these reasons some parents will display concern and fear for their child’s safety on the road. With their driver’s license, teens are now responsible to navigate through their journey to adulthood. 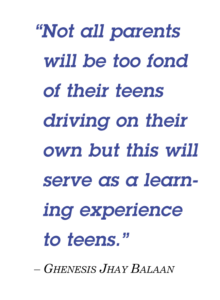 Teens under the age of 18 who wish to get their license will need to overcome a couple of challenges before they achieve their card/ticket to independence. Teens at the age of 15 ½ may start to take their first step to acquire their driver’s license which is to pass the Hawai‘i State Driver’s Permit Test. The Hawai‘i State Driver’s Permit Test consists of 30 questions revolving around Motor and Vehicle Safety as well as Road regulations and laws. The tester must prove their knowledge of the road and their vehicle by passing the test with a score of no less than 26 out of 30. After passing the Hawai‘i Driver’s Permit Test, teens will now have to enroll to a driver’s education school. Private driver’s education school have an admission fee of approximately $400, while some public high schools have a driver’s education program with an admission fee of under $10. The student’s selection however may vary at different schools. Drivers Ed will help you become a smart, safe, and responsible driver. You’ll be exposed to lessons about safe and defensive driving techniques that you’ll be able to put to practice when you get behind the wheel with a licensed supervisor and by yourself. After completing the classes at your Driver’s Ed, you’ll receive a certificate and also another from your Behind-The-Wheel (BTW) sessions with your instructor. You’ll need these two certificates as proof that you’ve completed all of the steps necessary to take your Road Test. The Road Test is the final challenge teens must conquer and perfect to be given their Provisional License.

Maui High School senior Blessie Mae Paguirigan is filled with excitement from earning her driver’s license. She attended Safety First Driver’s Education at Queen Ka‘ahumanu Mall for her BTW classes which cost her $400. Her instructor was a very kind and informative person. The classes that Blessie attended were very beneficial to her. Not only did her instructor provide her with an array of new knowledge about driving but also helped boost Blessie’s confidence in her driving.

“I think that having a license does give me a sense of independence and freedom because you are driving alone in the world without your parents,” said Blessie. Now that she’ll be driving alone without her parents, Blessie has to be aware, alert, and be focused on the road. Throughout her driving journey, Blessie learned that people complain about gas because it’s very expensive. As a young adult with a driver’s license, she is now responsible for her car’s necessities such as gas which is vital to the car if she wants to travel to places. With her license, Blessie has the ability to help out her parents in ways like running their errands or doing their grocery shopping. She also now has the ability to get a job and drive to her workplace which gives her even more freedom with the money she’ll be earning. Blessie won’t have to worry about asking her parents for gas money.

Maui High School senior and MHS 2018–2019 HOSA (Health Occupations Students of America) president Gabrielle Pastor has accomplished the first step in order to gain her license. “As someone at a young age, it is somewhat frightening to start driving because of the inexperience on the road but it definitely puts you in a new mindset of individualism,” said Gabrielle. She finally got her driver’s permit and is now working towards the goal of being able to travel freely without relying on others. Now that she’s been practicing driving, the biggest thing she’s learned about herself is that she tends to be negative towards herself when it comes to driving because she is afraid of not being able to execute driving well on her own. Because of this she is currently looking for Driver’s Ed schools to attend in order to slowly build up her confidence in driving. Having a driver’s permit does gives Gabrielle a sense of independence and freedom based on knowing that the only person who is able to improve her skills is herself and she is able to see how her judgments affect the outcome of what happens on the road. “Driving allows me to realize that I am in charge of what happens in the car that I drive and gives me a responsibility that needs to be taken seriously at all times,” Gabrielle added.

Sabrina Pargad, a senior at Maui High School, said “I would encourage my peers to get their permit as soon as they can because it allows you to practice your driving skills even more, which will help you later down the road in life. Even though it might be something you are scared of, there is always a first for everything and driving will give you your own sense of freedom.” From her driving experience, Sabrina has learned that it’s not just about driving and having a car and being where you want to be. It’s about having to know how to drive safely because there are a lot of bad drivers that don’t care about other drivers. From her classes at Safety First Driver’s Education she was able to learn a lot about road safety through her one on one BTW lessons with her instructor and to be responsible for all the action behind the wheel. Earning her driver’s license has been really helpful to not only Sabrina but also her mom who doesn’t have a license. Getting her license was her way of helping out her mom. Having a license gives Sabrina an insight of adult life because her mom relies on her to drive to a grocery store to go shopping. She can now drive her cousins, family, and friends to different places on Maui instead of the other way around. 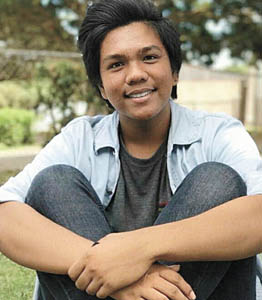 It’s normal for teenagers to begin wanting to spread their wings and to venture farther away from the nest. This is a bittersweet time for both parents and children. As teenagers make their way into adulthood, they begin to crave independence. Driving allows teenagers to transition from childhood to adulthood independently. Not all parents will be too fond of their teens driving on their own but this will serve as a learning experience to teens. Being an adult is all about becoming responsible and that’s what driving teaches teens, the upcoming adults of society. With their driver’s license, teens are now able to navigate through life by driving to adulthood.

This month’s guest columnist is Ghenesis Jhay Balaan, a Junior at Maui High School attending its Culinary and Health CTE Pathway. He is a two year member of Health Occupations Students of America (HOSA) and has served as its Council Treasurer in 2017–2018. Ghenesis hopes to become a respiratory therapist in the future. He is the eldest son of Benjamin V. Ballesteros Jr. and Jerameelyn B. Ballesteros.