You Know You Are Married to a Filipina When…

Home Columns You Know You Are Married to a Filipina When…

My husband and I are celebrating our 24th wedding anniversary this month! We have been married for 23 years, and counting. He is American (yes, Haole) and I am Filipino (yes, Pinay). We have learned many things along the way, and in celebration of Filipino-American History month, I am writing something fun… about “You know you are married to a Filipina when…”

I am guessing many of you have already read that hilarious long list going around the internet on “You know you are married to a Filipina when…” My list won’t be that long, however, there will be a bit more in each item mentioned. These are some of the many on the list that my husband relates to the most. Let’s begin shall we?

You know you are married to a Filipina when…

… you are expected to be able to read her mind just by watching her eyebrows move up and down and which way her lips are pointed. If she moves all her eyebrows up, she’s saying yes. If only one eyebrow is raised, she is being skeptical. If you are looking for something and you asked her where it is,… watch her lips; she may not reply verbally but the lips will point to where it is.
… The instant you are married, you have 500+ new close relatives that you can’t tell apart. And many of your relatives will have nicknames of repeated syllables, most of them ends with “ing.” As my husband says, the names sound like a door bell: bing bing, bong bong, ling ling, And oh, you’ll also have relatives named Boy, Girlie or Baby. For real.

… Your refrigerator is full but you only recognize half of the food in there. What’s that red egg? Oh that’s duck egg: What’s that brown looking thing in a container? Don’t ask. And it’s more likely not chocolate. It might be the left over dinuguan—she ordered some from the Filipino store and couldn’t eat it all so she brought home the left overs. And that whole dried fish with the head on it? Oh that’s tuyo. I can go on and on but you get the point.

… The spaghetti she cooked tastes sweet, the sauce is already mixed in with the pasta, and it had cut up red hotdogs in it. What you probably didn’t know is that a major ingredient in that spaghetti sauce is catsup. Not just ordinary catsup mind you. It’s either Jufran or UFC. And that article I was talking about earlier? The writer says Filipino catsup is weird. Really weird. Hey, what’s weird about banana catsup?

… You have a tabo in your bathroom and she regularly uses it. A tabo is a tiny bucket most often with a handle. It is useful for taking a shower when you don’t have a shower, and it is useful for washing if you don’t have a “bidet.” Oh she does use toilet paper but washing with water cleans better so she does both. OK, this might be an overshare… let’s move on. 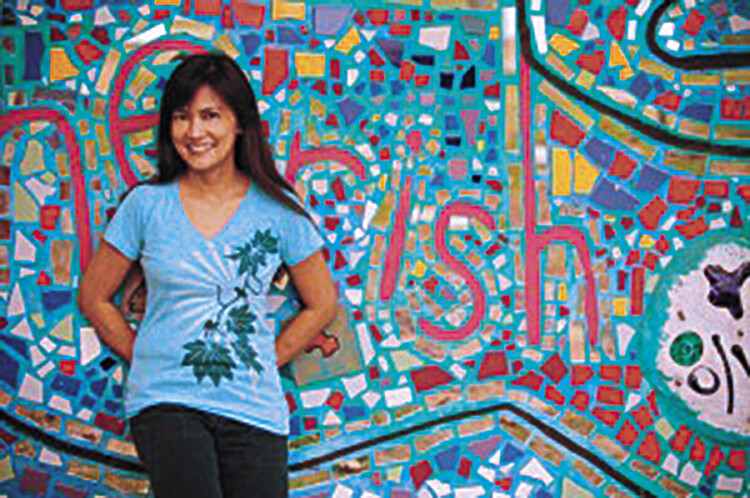