From Postal Mail to Zoom, Facetime and WhatsApp?

The Evolution of Long-Distance Communication.

Back in the day, writing letters was a big deal. That’s how we communicated with our loved ones who were far away. For example, the soldiers in World Wars I and II received encouragement from their family and friends through written letters. Those were precious.

There was also the popularity of pen pals where people met and got to know each other through the exchange of letters via postal mail.

Then the telephone was invented. While it’s delightful to read letters, especially love letters, it seemed to be more exciting to hear the voices of our loved ones, so telephone became popular (later mobile phones and cellular phones were invented and offered more flexibility and use).

Email entered limited use in the 1960s. At that time users could only send to users of the same computer and some early email systems required the author and the recipient to both be online simultaneously, similar to instant messaging. In 1971, the first system able to send mail between users on different hosts across the ARPANET, using the @ sign to link the username with a destination server was invented by Ray Tomlinson. By the mid-1970s, this was the form recognized as email.

Email is like writing letters but it’s faster. Of course, you will need a computer and an email provider but people enjoyed using it. Computers slowly became part of many offices and home. People enjoyed getting email fast and the postal mail was nicknamed snail mail.

Skype was created in 2003 at a company founded by Niklas Zennstro¨m and Janus Friis. As Skype became available to mainstream users, it was a gift to many who are nurturing long distance relationships. Oh, it is nice to hear the voices of our loved ones over the phone but it is even better to see them too! Skype was used by many Filipinos who work overseas.

In 2006, Facebook was introduced to the public and social media became mainstream. It opened a new way of communication for families and friends. It even enabled us to get connected with long-time friends and forgotten family members who we have not spoken to for a very long time.

Then FaceTime entered our world in 2010 through the iPhone. While similar to Skype, it is easier to use if both you and the person you are communicating with have the required device, which is an iPhone. FaceTime Video uses the device’s front-facing camera to show the caller to the receiver and vice versa.

For many years, FaceTime only supported direct, person-to-person video calls but as of iOS 12.1, you can make group calls with FaceTime.

In January 2018, WhatsApp released a standalone business app targeted at small business owners, called WhatsApp Business, to allow companies to communicate with customers who use the standard WhatsApp client. WhatsApp was acquired by Facebook in February 2014. It became the world’s most popular messaging application by 2015 and has over 2 billion users worldwide as of February 2020. It is very popular because it is not limited to iPhone. Even Android users can use it.

Around this time, Facebook’s messenger also utilized the video conferencing technology and many families were able to communicate via video conferencing without having to pay extra nor a subscription fee. Currently, this is my family in the Philippine’s choice of communication too (as you can see in the photos above).

Fast Forward to 2020, when the coronavirus pandemic entered our world and Zoom became the Long Distance Communication Tool of choice. Zoom conferences became a common practice when the Stay At Home ordinances were proclaimed in many places around the world.

Founded in 2011, Zoom helps businesses and organizations bring their teams together in a frictionless environment to get more done. Schools started using Zoom for online classrooms, families starting using them to nurture their relationships while social distancing. 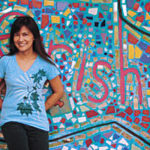