April started off with the joker in all of us and if you got fooled, I hope you didn’t take it too hard.

What prank did you pull on your friend or your siblings? Did you post any April Fool’s joke on your Facebook page, Instagram or Twitter? Well, I didn’t get to prank my co-workers or my family nor did I post anything on social media because I was busy gathering my tax documents needed to file my income tax.

Did you get your taxes done? Well, I hope you got it done in time because the deadline was Monday, April 15th. Now, where were we in our story? Oh yeah, Rosie just got drenched.

Michael speedily lunges over Angel and covers her as the water drenches his back and onto the ground. When he opens his eyes, there is Angel. Their muka (faces) are two inches apart. Her big glowing mata (eyes) piercing into his, as he holds her in his arms.

“Ahhhhhh!” Suddenly, someone screeches. Startled, they look over at Rosie, who is completely soaked. With a bitter rupa (face) looking at them. “Bastos!” she yells. “Rosie!” Angel calls as she nudges Michael off her and tends to her kaibigan (friend). Michael deflates, rolls over and stares into the clouds.

Angel helps Rosie to her feet and hugs her sobbing bai (friend). “Now, now Rosie, it’s ok. Your clothes will get dry.”

Angel begins to laugh. Rosie turns and says, “It’s not funny! Oh my [gash] Bruha, I bet Michael is checking out my body in these wet clothes!” Rosie shouts.

Michael: No seriously, I would never….

They all start to head back to the sasakyan (car). Rosie: I have to go home.

Angel: Oh no, we just got here.

Rosie: I’m not going anywhere like this. It’s ok, my brother’s condo is right across the kalye (street), I’m going to shower first and have him take me home. See you guys later.

Rosie: “It’s ok, go out and explore the lubong (world). My bro lives there.” And she pointed her labi (lips) in the direction of the condos.

And before she could say anything more, Rosie dashes across the dalan (street) covering her top with her left arm and wringing her hair with her right.

Angel turns around and looks at Michael and shrugs, “Okay, so what now?”

Michel points to the sakyanan (car), “Get in.” He pops the trunk, takes off his wet shirt, and reaches into his duffle bag. Angel stares at Michael. He doesn’t exactly have a model’s body but definitely far from a dad bod. A strong physique and a skinny tribal tattoo down his right back which leads to the iconic Filipino 8 ray sun on his right shoulder. Angel bites her bottom bibig (lip).

Michael turns around and tosses her a shirt. She opens it up and it reads. “Like Poke?” Her mouth drops and with a sour look on her face, “Seriously?”

He laughs and points to his shirt, revealing a black shirt with a poop emoji on it. “Would you rather wear this?” Michael says.

Angel bursts into laughter, “Oh my gosh, what kind of shirts are these?” as she crawls into the large shirt that she is now swimming in and pulls the sasakyan (car) door shut.

“Nokarin (Where) to now Captain?”

Two minutes later they pull into the parking lot of Whale lookout point.

Michael: You never been here before?

Angel: No. I don’t get to go out much. Actually, I only been in Kahului and Pa‘ia.

Michael: I love this place. Sometimes I come here just because. It’s so relaxing here. Angel: It must be good to have a sakyanan (car). You can go anywhere you want.

Michael: Well, you can call me and I’ll take you wherever you want.

Angel: Oh pooper, take me to where the whales are!

She spins and leans over the metal rail. Michael points to the horizon where the sun is beginning to set. “If you look hard enough, you might spot a dolphin or a whale.”

Angel peers into the tubig (water).

“There!” Michael leans next to Angel and points.

“Inno (Where), oh inno (where), oh where?” Angel desperately scanning the water with her eyes.

Michael nearly hyperventilating decides to attempt a super bold move he saw in the movies once. He steps behind Angel who is leaning over the rail. Calculating the right velocity and pressure, he tentatively puts his right lima (hand) on her waist, leans in and places the left side of his face up against the right side of hers. He raises her kamay (hand) with his, and points into the deep blue sea. He squints and whispers, “Right there.”

Her eyes widen, feeling his body next to hers. She can smell his faint, sexy cologne from his shirt and stares at his strong masculine hand wrapped gently around her wrist. She catches her breath, staring into the sunset and thinks to herself, “I hope this day never ends.”

Wow! What movie do you think that is from? I wonder what kind of movies Michael likes. Do you think he is a Korean drama type or a Monday Night Raw type? I say he probably watches Game of Thrones.

As always, I have a small assignment for you. I want you to use your bibig (lips) to point toward things and say “Doon, (Right there)” for an entire day. Go ahead and try it now and be tamad (lazy). I will wait. Filipinos do point with their lips at things, places, or people nearby or for directions. Pointing with your finger in the Philippines is considered rude and disrespectful. It is also laziness because they don’t want to raise their arm or hand to give the proper directions. 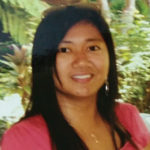