Congratulations to the Class of 2018! Way to go graduates! Now that graduation is over, let the party begin! It’s party time because summer is here. I hope you are going to do something fun during the summer. I like to do island-hopping and get away from home and work for a bit. In Ilokano we call this agbal-log. In the Philippines, it is common for people to travel from the city to the province. It is tradition for people to go and relax in the province where it is away from pollution.

Here’s our new words for the month: 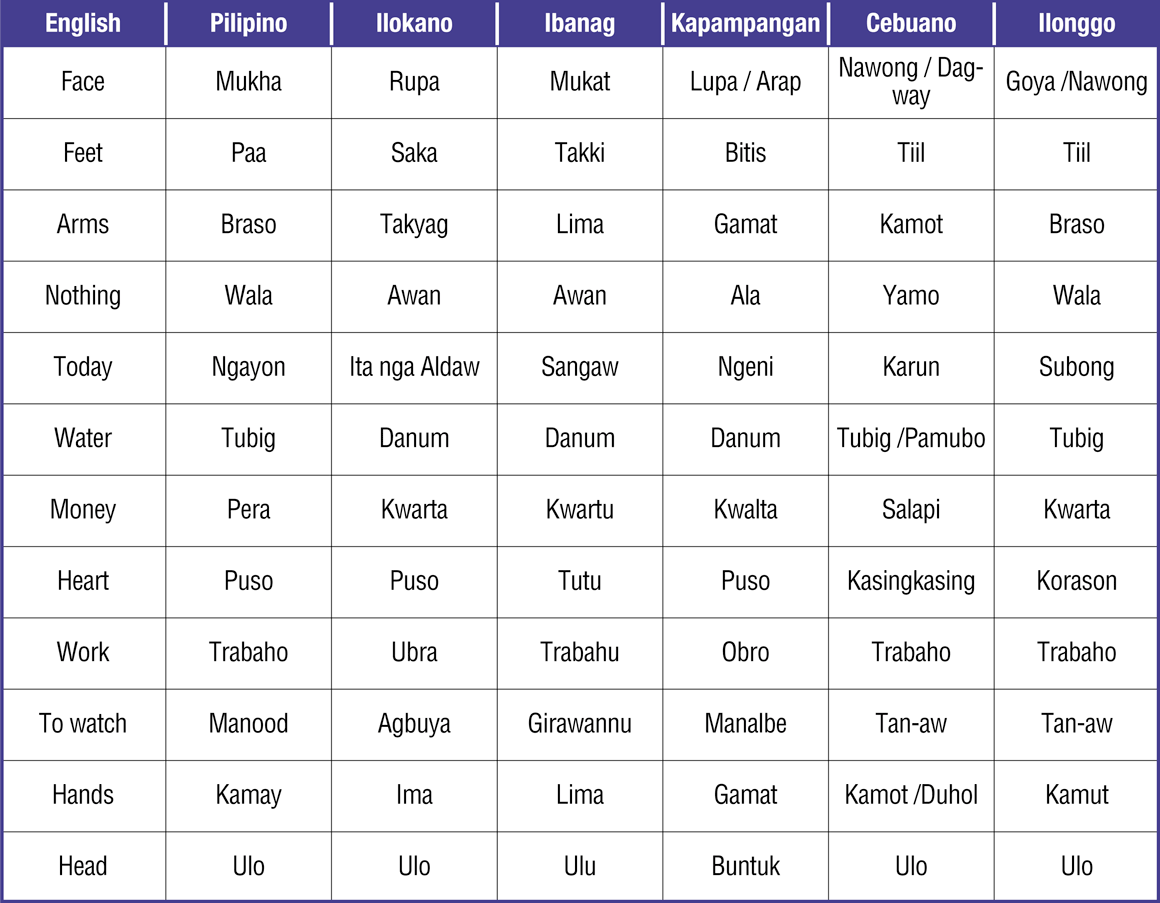 Angel dials a phone number, raises the phone towards her ear, stands up and scans the room for the nearest exit. She spots one located next to the west side of the bar and quickly walks through it.

Michael tan-aw as Angel leaves, all while thoughts race through his ulo.

“Please do something Mikey, this always happens to you.”

“Ever since grade school, you never spoke up. The school bullies always took your kwarta, and you never said a darn thing.”
“Your boss abuses you at work and you take it. You’ve become the laughing ‘oo man’ in the company.”

“Even last night you helplessly waited 90 minutes for your cold food to arrive at your table. You still paid full price…”
“Come on, Michael move your gamat! Michael, please get up now, move your tiil!

“Ngayon, is the day we break free, go after her!”

In that moment, Michael shotgunned his drink. He stood up while breathing heavily. He began to walk out of the bar. Michael bursted out of the front door like a super hero. He looked to his left, nothing. Panned to his right, and saw a taxi pulling away. His puso pumping, and he decided to go for it. Uncharacteristically, he started to run after the taxi. He ran and ran even faster. He finally caught up to the vehicle, and here is when it happened. He fell. Not only did he fall, he fell in the danum. Not only falling into the tubig, he fell into the muddy, stinky pamubo.

Tumbling, to his epic fail, Michael finally stopped tumbling and landed with his mukha halfway under the danum. As he looked up, he saw the taxi making a right turn, and disappear out of sight and out of his life.

“Hindi!, dammit,” as he planted his rupa further into the asphalt.

Thinking, “What the heck just happened?”

Michael slowly gets up, his white shirt now a milky brown, his brand new slacks soaking through to his briefs, and his hair dripping of slimy grass and tubig.

Standing in the street, he could feel his korason start to pump wildly, and this time changing from disappointment to anger.

“Indi, I can’t believe this.” As he kicks the danum beneath him.

“The moment I try and take a risk, this is what happens?”
“I am so stupid!”

Raging blood flowing through his veins, his ulu pounding from adrenaline. Michael belts out, yelling at the top of his lungs towards the area where the taxi had disappeared a minute ago.
Michael: “Angel!”

A faint giggle and a voice towards his right shoulder shockingly sounds in the background.
Woman: “Michael. Anong ginagawa mo? (What are you doing?”)
Horror pierces through his puso.

He slowly turns around and oo, it’s Angel running to him with a horrified concerned look, and a lady laughing behind her.

Hope you’re enjoying the story! What a situation Michael is in, don’t you think? Post your embarrassing story on our facebook page (www.facebook.com/letstalkpinoy). Were you able to figure out some of the words on your own, or did you have to look it up in the table? Either way, you are learning Filipino, and I am proud of that.

Try out this phrase with the words we gave you earlier. Anong ginagawa mo? “What are you doing?”

Well, that’s about all I have for you. Your homework is to say Anong ginagawa mo, 20 times this week. I’m Dulce helping you to master your Filipino languages, and like always, let’s laugh, let’s listen, and Let’s Talk Pinoy! See you again next time! Ingat! (Take care!).