When I came home to Maui in 2010, I borrowed my Mom’s white Cadillac while my car was still in Honolulu. Part of the deal was I had to make sure I brought it for a safety check. My first inclination was to go to one of the gas stations but my Mom insisted I go to the Patao’s on Lower Main Street. When I pulled up, Mr. Willie Patao instantly recognized the car and knew it was my Mom’s and asked how she was. His wife Marine came over and remembered meeting me some twenty years ago. I talked story with them for a bit, thanked them, and was on my way—all in less than fifteen minutes.

Throughout all these years, my Mom and my late Dad have been very loyal customers of the Patao’s. And now, I’m added to the list and when folks ask me where to go for a safety check, I tell them go to the Patao’s. Officially, the company is called Patao Gas & Go because over the years, Willie and Marine owned a number of gas stations on Maui.

Willie, who hails from Bantay, Ilocos Sur, arrived on Maui in 1955 when he was seventeen years old. He attended Maui Technical School (now called University of Hawai‘i Maui College) and graduated in four years with a degree in Automotive Mechanics.

Fate would have the 1959 grad work in Lana‘i as a seasonal summer worker, picking pineapples and driving trucks. As Marine laughingly explains “He saw a nice pineapple so he picked it and we moved to Maui.”

When the Patao’s moved back to Maui in 1961, an opportunity arose to own the 76 Union service station in Pa‘ia–site of the current Minit Stop. “But it was slow,” explains Willie. “No more people yet.” At that time, gas was 49 cents a gallon. Willie operated in Pa‘ia for about ten years until they bought a house in Kahului on West Papa Avenue. He decided he would repair cars at their Kahului home.

Two years later, the County would issue the first safety check station at a residence to Willie. All the other safety check facilities were at service stations.

Willie laughs when he’s asked why he wanted to be a mechanic: “I used to race cars illegally by Pu‘unene; and tinker with them.”

Marine proudly explains how Willy liked to build things as a hobby. “He built a dune buggy from scratch. That took a year. One day, he asked me, ‘Ma, do we have money because I want to build a helicopter.’ I told him ‘You need a helicopter like you need a hole in your head,’” Marine laughingly recalls. “But he was very serious. He ordered a helicopter kit, built the frame, and ordered the engine and fiberglass body. In two years, he put it together!” The blue helicopter was in their garage on busy West Papa Avenue and attracted interested by passers, including engineers from H.C.&S. “But the helicopter worked!” exclaims Marine. “This guy—a minister—from Honolulu came by and bought it and flew it to Honolulu.”

Willie would continue his home-based safety check and auto mechanic shop until 1978 when he bought from Ron Chong the Shell station at the corner of Church Street and Main Street in Wailuku. (It is now an empty lot, previously housing The Green Lotus, with Good Shepherd on one side and Uptown Texaco across it.) Willie would operate the gas station for a few years until the regulations with the underground storage tanks caused him to spend about $125 thousand to dig them out.

In 1985, Willie moved to the business’ present location at 744 Lower Main Street in Wailuku. They purchased the old Hashiro gas station for close to a million dollars, with an initial cash outlay of around $100,000, and ten years ago, finally paid it off. Five years ago, they entered into a sale and lease back transaction.

(As a sidebar, I recall going to the old Hashiro Shell gas station with my parents when we lived in Paukukalo. To this day, I remember Mrs. Hashiro, who was very short, needed a step stool to wash and wipe our windshields. I was impressed with how hard she worked even though she was the owner.)

One of the challenges the Patao’s have faced has been the regulated fee. Initially it was $4.50, then increased to $9.00, then $13.00 and stayed at $20.00 for a very long time. The fee is now $26.00. But “we have a large loyal customer following,” explains Marine. Willie believes he has the highest volume in the State and against Marine’s advice, estimates they have about a hundred customers a day. The Patao’s estimate 40 percent of their customers are of Filipino ancestry. They’ve worked hard to expand their base. “Being in business all these years, we are thankful for a good following,” says Marine. “And that allows us to serve the community by donating to our favorite charities such as the baseball teams of Maui High School and Baldwin High School as well as the various scholarship pageants such as the Miss Maui Filipina.” “It’s been rewarding because we like the people contact,” says Willie. “We talk story with them. They give us vegetables.” Marine, who joined Willie full-time ten years ago after operating Patao Mortgage for 25 years after a seven year stint with American Savings Bank, proudly explains how the people contact is what’s missing from the other safety check stations.

A recent challenge the Patao’s had to face was the switch to electronic processing. Marine explains it was a challenge especially for Willie, who was used to writing everything by hand. But Willie adapted and the company invested $8,000 to purchase the tablets and the required programs.

In this business and marital relationship, Willie loves to tell his stories, especially his President Ferdinand Marcos story. “Marcos asked who is popular on Maui and they said Patao. So we met them and we even brought a lechon on the plane,” Willie explains, while showing the photo with the Marcoses in Honolulu.

Willie is now 80 years old. Marine, who is 75 years old, has recovered–through determination and a strong mind, she says—from a stroke she had two years ago. They have three children: Dirk (who unexpectedly passed away two years ago) was a bartender for twenty-five years at Treasure Island in Las Vegas; Dane is a supervisor at Maui Asphalt Paving; and Dawn Patao-Yoon who owns Dawn’s Treasures in Haleiwa and whose husband owns National Roofing Company. The Patao’s have four grandchildren and seven great-grandchildren. Marine is often asked by friends how she is able to work with her husband: “In a Mom and Pop store, you have to be able to communicate and not fight,” she says. “You cannot ringor. You cannot lose control. I always tell my husband if you’re angry and tired, don’t blow up in front of the customers and don’t fight at work.”

Willie thought about retiring but decided to keep working when the rates increased. He still comes to work at 4 a.m. every day (the business is open seven days a week) until the business closes at 5 p.m. “You have to be patient,” is Willie’s advice to small business owners. “And you have to be willing to put in lots of hours if you want to be successful.” 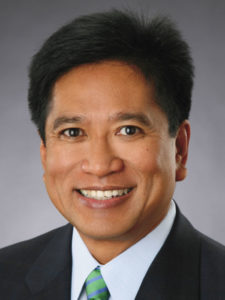