The NFL Season Kicks Off… Who ya got?

Home Featured Stories The NFL Season Kicks Off… Who ya got? 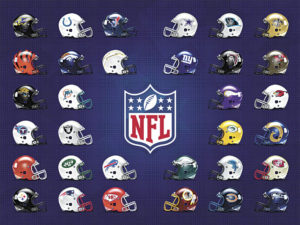 The National Football League (NFL) remains the American sports juggernaut. With only thirty-two NFL franchises, Hawai‘i is one of twenty-eight states without a professional football team (when the Raiders move to Las Vegas in 2020, there will be twenty-seven unless you count SinCity as the ninth island). So who do some well-known Maui people follow?
Here’s what some of them say.

State Senator Sen. Rosalyn Baker (West & South Maui): “Washington Redskins—started out as an Oiler fan, grew up near Houston, moved to DC and the team of choice was the Redskins—Sonny Jurgensen and Joe Theismann era. But in reality, I don’t follow any teams any more until the playoffs and I don’t have a favorite player these days except maybe Marcus Mariota.”

Maui County Deputy Prosecuting Attorney and Maui Filipino of Chamber of Commerce Foundation scholarship guru Richard Minatoya: “[Pitttsburgh] Steelers. They were awesome in the late 70s. I don’t care so much about NFL nowadays. I only follow my college and law school teams. My favorite player is Al Bundy. He scored 4 touchdowns in one game at Polk High. Seriously, I would say Lynn Swann because he played for both USC and the Steelers… even though he’s a Republican.”

Maui Managing Director Keith Regan: “New England Patriots. I grew up with the Patriots and they’ve always been my team even when they weren’t playing so well. Brady is great and I would have said him but I’m going to go with Rob Gronkowski. Here you have this twenty-nine year old guy who has been with the Patriots for nine seasons, only has played for New England and gives every ounce of himself to the team. He’s been knocked around and banged up over the years but this guy just keeps on coming. He’s dedicated, willing to make the sacrifices to win games, and he plays hard. Who doesn’t like watching Gronk shake off defenders as he plows his way into the end zone?”

Mystery Maui owners and soon-to-be-wed Deron Furukawa and Kit Zulueta: “We’re probably not much help with this topic. Deron said he likes to follow teams with players from Hawai‘i. We support UH for college football.”

State Representative Justin Woodson (Kahului): “[San Francisco] 49ers… my favorite player right now is Devon Cajuste (even though he was cut from the Browns).”

Public Works Deputy Director Rowena Dagdag-Andaya: “Despite all the Seattle Seahawks swag that we have at home, my favorite team has always been the Denver Broncos, especially during the John Elway days. Back then, I played flag football for our girls team at school and although I played guard, one of my favorite things to do was see how far I could throw that ball… just like John Elway! I remember practicing until my arm felt like it was going to fall off, but I was inspired by the Broncos to get better and improve my throw. Today, my favorite NFL player is Doug Baldwin, wide receiver from the Seattle Seahawks. Not only is the guy quick and an awesome catcher but he’s also very intelligent and uses his voice to raise awareness for social justice issues and charitable causes. He’s also part Filipino and proud of it!”

County of Maui Parks Maintenance Supervisor Paul Manzano: “Packers! Aaron Rodgers! We gonna come up short again this year! Woooooo! At least I’m honest. So, my team is currently the Packers. I’m not the normal fan when it comes to sports. We don’t have a Hawai‘i team so I’m a constant free agent as a fan. I cheer for my favorite players and not follow the team that he plays for. Players move around so often. Why would I root for a team that doesn’t have my favorite player on it? It doesn’t make sense to me. In basketball, I followed Michael Jordan then T-Mac and now Lebron. In football the story goes Montana, Aikman, Manning, Rodgers.”

Newly elected State Representative Troy Hashimoto (Wailuku): “Denver Broncos – from my college days. We would head to games at Mile High Stadium and growing up they were pretty popular during John Elway’s hey day. But my favorite player has to be Marcus Mariota—home state pride!”

Chef de Partie at Grand Wailea’s Humuhumunukunukuapua‘a Jovy Magbual: Of course, the Superbowl champs Philadelphia Eagles! I have been a fan since I was ten years old. My older brother Arnold is also an Eagles fan. So, I like the same team he likes. Remember Hawai‘i does not have a professional team. My favorite player of all time is Reggie White also known as The Minister of Defense. He played with courage, heart, such a humble soul. My favorite player now is Carson Wentz. He is very athletic and his determination of the game is unbelievable. He never gives up on a play; he is a playmaker. Last year he tore his ACL and played one snap and threw a touchdown! Plus, he has his own foundation called AO1 and he gives back to the community.”

Maui Filipino Chamber of Commerce Immediate Past President and newlywed Sharon Zalsos Banaag: “Seattle Seahawks! Woot Woot! Having been born and raised in Makati, Manila, I really wasn’t exposed to the NFL. Not until my active duty days with the U.S. Air Force many years later. My first and only base was in McChord AFB, Tacoma, Washington. Back in 1999, the Seahawks weren’t exactly leading the charts. But nonetheless, they were the team I cheered for and supported while in the service. My favorite player? Why Russell Wilson of course! Since getting married though, his focus shifted and not on football. Grrrr.”

Former UH Maui College Culinary School Chef Instructor Jake Belmonte: “Oakland Raiders #75 Howie Long (DE) Black Hole (fan section) Raider Nation.”
State Senator Gil Keith-Agaran (Central Maui): “I don’t have a favorite professional football team. I’m a Cincinnati Bengals fan. They played in the first game I can remember as a kid and since they were behind, QB coach Bill Walsh had Kenny Anderson throwing the ball all over the field. It was a fun game. They haven’t been much fun in recent years but if Pete Johnson scores and Cris Collingsworth doesn’t fumble in Super Bowl XVI, the Bengals may have become the team of the ‘80s instead of Bill Walsh’s Forty Niners. I liked Kenny Anderson and Collingsworth and OchoCinco in the old days and A.J. Green now.”

Notable Filipinos Who Played in the NFL