What do you think…

Home What Do You Think? What do you think…

of Marcos’ claims that election fraud by Robredo and Aquino’s Liberal Party caused Marcos to lose the Vice Presidency?

Fil-Am Voice staff asked members of Maui’s Filipino community “What do you think of Marcos’ claims that election fraud by Robredo and Aquino’s Liberal Party caused Marcos to lose the Vice Presidency?”

Alfredo, 65 of Kahului, with roots in San Juan, Ilocos Sur: “I think the election was fixed. Robredo’s people did something to fix the election. I think Marcos should have won. I hope he continues with his appeal.”

Divina, 46 years old of Wailuku, with roots in Bataac: “I agree that there was fraud. What I heard on the news was they fixed the computer. Some of the votes by the domestic helpers in Hong Kong for Marcos were recorded for Robredo.”

Elmer, 62 years old of Lahaina, with roots in Ilocos Sur: “It was obvious that the PCOS machine was rigged. IT experts came out that they were paid to manipulate the machines.”
Gemma, 50 years old of Kahului, with roots in Badoc: “I don’t know. I’m not even keeping up with that.”

Jun, 39 years old of Kahului, with roots in San Nicolas, Ilocos Norte: “Ferdinand “BongBong” Marcos’ claim that election was fraud and that causes him to lose the Vice Presidency is true. Those machines that count the votes were manipulated so Robredo will have more votes. As of April 17, Bongbong paid the 1st installment of 36 million pesos, which is about $728,500, to recount the votes and still has to pay another 30 million pesos so it will be recounted nationwide. He wouldn’t waste 66 million pesos if he knows he wasn’t cheated.”

Marilyn, 64 years old of Kahului, with roots in Laoag City: “He should have won. If he won, he would have been a good example for the young Filipinos. He should not be condemned because of his father, the late President Ferdinand Marcos.”

Ador, 67 years old of Lahaina, with roots in Paoay, Ilocos Norte: “Just like what I heard, especially from members of the Iglesia ni Cristo that cast their votes in the Visayas, somethiing when wrong with the counting. The votes for Marcos were gone.”

Arnel, 48 of Makawao, with roots in Vigan, Ilocos Sur, Ilocos Norte, and Cagayan: “There were a lot of accusations towards the Liberal Party and I believe that the Marcos side already found out a lot of evidence that the machines were tampered with. I think the Liberal Party is holding back Marcos from going back to Malacañang. This goes back to the Marcos Aquino political dispute.”

Danilo, 56 years old of Kahului, with roots in Ilocos Norte: “To me, the election is done and elections are not perfect. Seems like the people have spoken.”

Dolly, 63 years old of Kahului, with roots in San Nicolas, Ilocos Norte: “There’s definitely fraud in the winning of Robredo as Vice-president. The computers were programmed so that it will give Robredo extra votes. How would he get zero votes on some precincts? Bongbong Marcos would not have filed an electoral protest and willing to spend 50 million pesos if he believes that he wasn’t cheated. Let the recounts begin!”

Gloria, 64 years old of Wailuku, with roots in San Nicolas: “The PCOS electoral machines have been manipulated by the Robredo supporters to add 3 millions of votes in her favor. Yes, I believed there was a fraud! Recount is needed.”

Melissa, 38 years old of Kīhei, with roots in Laoag City: “It was reported in the Philippine Newspaper that there’s 3.9 million votes for Marcos that were not reported in the official count. That is definitely a ground to recount and examine the ballots to make sure those are official ballots. These votes might have been added to Robredo when the power went off during the counting of the votes.”

Teresita, 60+ years old of Wailuku, with roots in Pangasinan: “I voted for him. I wanted him to win. I think there was fraud. Let the truth prevail, graft and corruption has to stop, restore peace in our motherland the Philippines.” 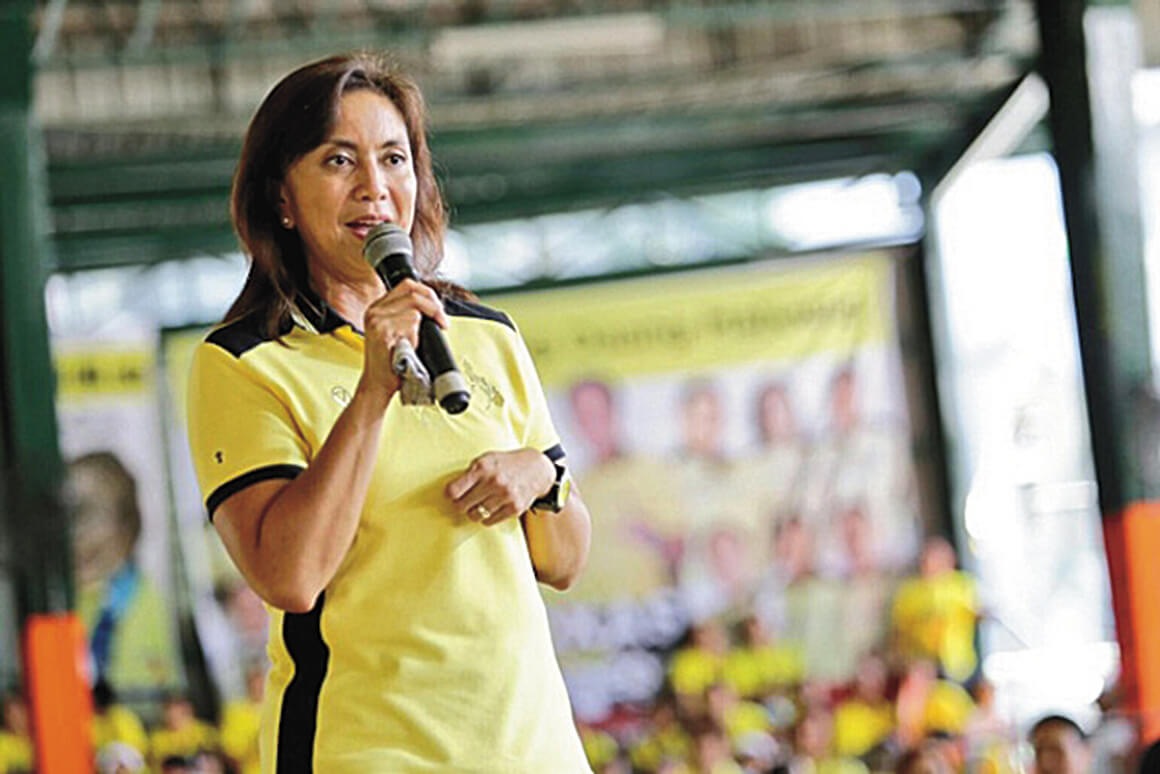 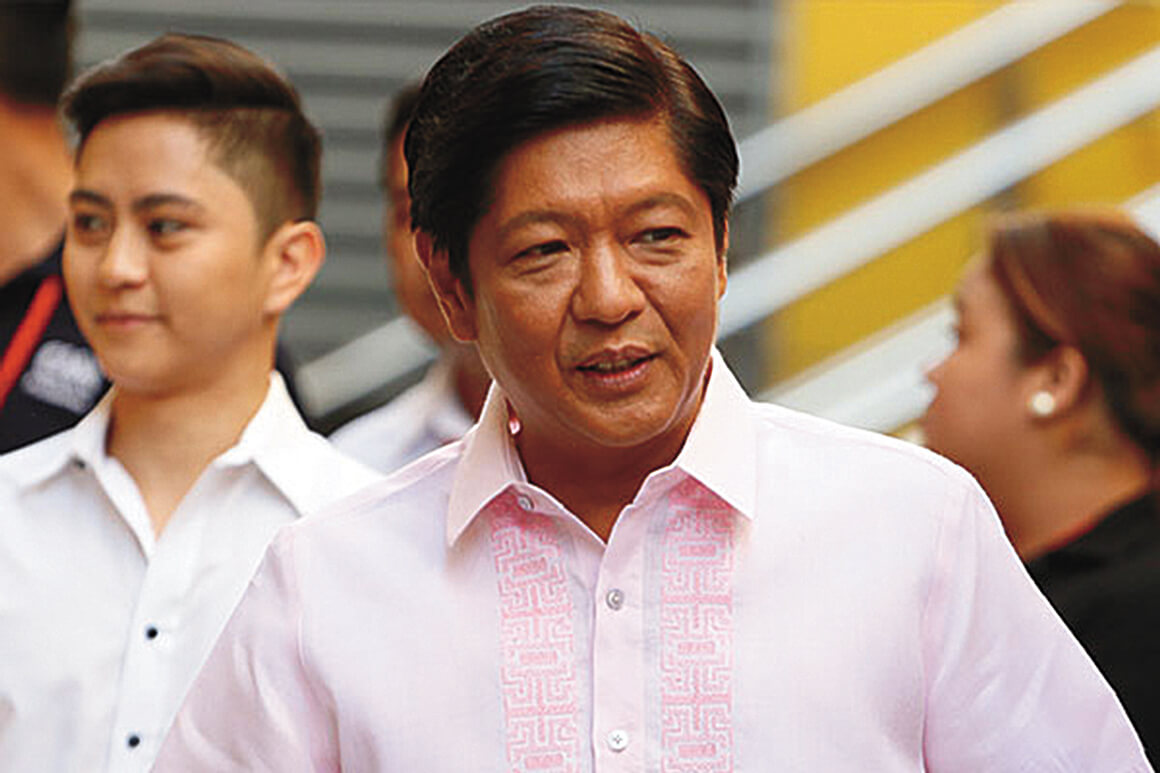 Leni Robredo and Bong Bong Marcos; on opposite sides of the recent Vice Presidential race in the Philippines
Photo courtesy of Philstar.net 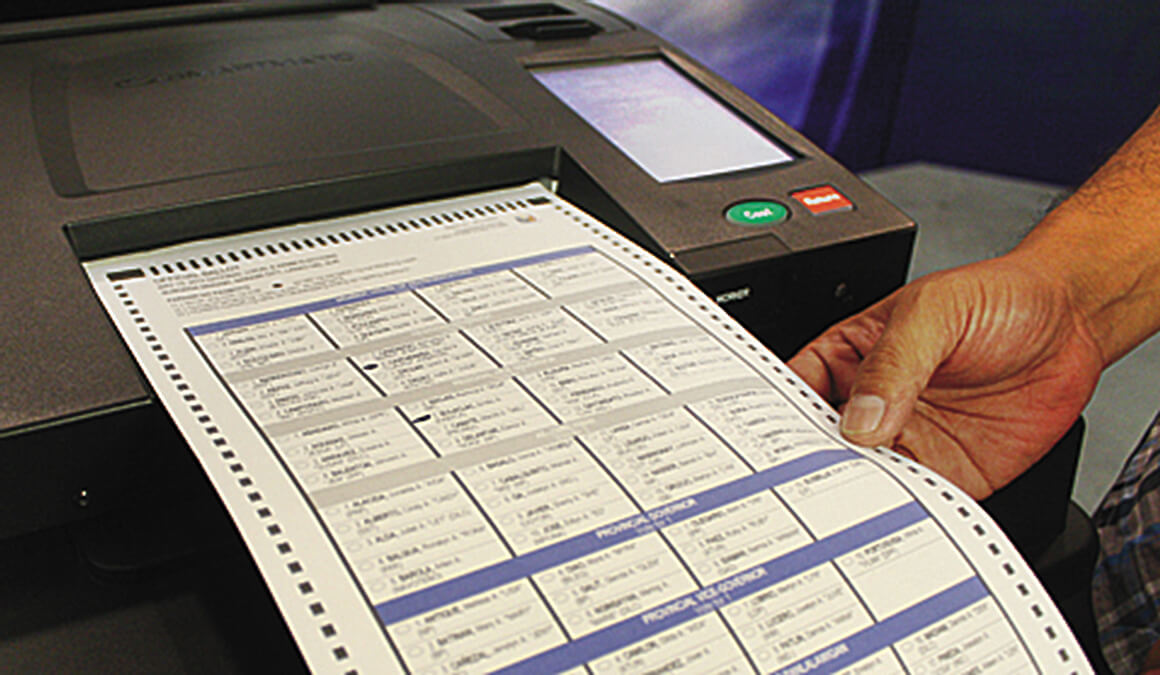 Shown here is and image of the dreaded PCOS machine or Precinct Count Optical Scanner that was allegedly “hacked” in favor of the now-seated Vice President of the Philippines, Leni Robredo. Much controversy still swirls around the validity or questionability of the recent Vice Presidential pick of the Philippines. Photo courtesy of thephilippinepride.com