COVID-19 Response, Balancing the State Budget and Looking for Money

Former President Barack Obama, in accepting the 2008 Democratic Party nomination, observed “Ours, ours is a promise that says government cannot solve all our problems, but what it should do is that which we cannot do for ourselves; protect us from harm and provide every child a decent education; keep our water clean and our toys safe; invest in new schools, and new roads, and new science, and technology.” That’s as simple a goal for anyone in public office.

But add the impacts of a global pandemic and heavy restrictions on Hawai‘i’s travel dependent economy, and 2020 was a difficult year for residents as well as for our State and County governments—setting up expectations, in sports terms, for a fairly tough rebuilding year. 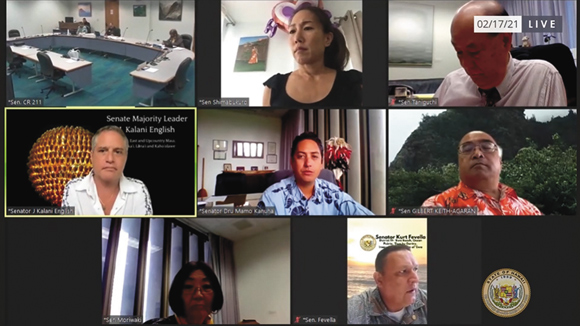 The Legislative session following a major election is normally shaped in reaction to the Governor’s proposed budget. The two year 31st Legislature began in mid-January with 1,397 bills introduced in the House and 1,423 measures in the Senate—bills offered for consideration ranged from a casino to support Hawaiian Home Lands to a State real property tax to reflect Hawai‘i’s unique split of state and local responsibilities. Governor David Ige’s State of the State address frankly provided no big initiatives and provided few guidelines for moving Hawai‘i out of the pandemic-economic funk it’s been in for the past twelve months.

The 2020 legislative session was unusual in many ways. Instead of four months of committee hearings and floor debates and votes culminating in the first week of May, the legislative session recessed for extended periods several times due to the pandemic and did not close until the summer. This year, the State Capitol remains closed to the public but the legislature has shifted all hearings and testimony to virtual platforms.

COVID-19 however, is never far from our minds. Even before the January 20th opening, Ige set the tone for a challenging budget session by suggesting two years of state worker furloughs and program cuts to deal with a budget shortfall that shifted between $1.4 to $3 billion. While Ige subsequently softened his plan to impose furloughs at the beginning of this year, anticipating some additional federal funding assistance and a better economic outlook for 2021, the budget picture remains a problem.

At the outset, legislative leaders announced there would be no grant-in-aids offered—bad news for Hawai‘i’s non-profits whose service needs grow while also facing shortfalls in their own bottom line.

March 11 (“crossover” in legislative parlance) marked the midway point for this legislative session—the deadline for the House and Senate to exchange bills for further consideration and debate.

Many of the bills offered by the Governor and legislators are in reaction to our experience with the pandemic.

Here’s how various proposals are faring at the Capitol as the Fil-Am Voice goes to press.

The only bill the legislature needs to complete in any regular session is a balanced budget. Facing a tremendous projected shortfall, House Finance (FIN) and Senate Ways and Means (WAM) are waiting for the next Council on Revenues projection and the final decision by the U.S. Congress on any additional federal support of state and local governments. Both FIN and WAM are considering various proposals to raise revenues or to shift money from special funds for use in supporting generally funded programs like lower and higher education, human services and public safety. Speaker Scott Saiki and Senate President Ron Kouchi agreed to delay the usual deadline for the House version of the Budget to account for the next Council projection and expected approximately $1.9Trillion federal COVID Relief Bill.

At least thirty-eight bills were introduced reacting to various aspects of pandemic response.

The House even created a new committee—Pandemic and Disaster Preparedness (PDP)—to address current and future responses to emergencies such as the pandemic. The Senate chose to have proposals considered in regular order, with existing standing committees like Health, Human Services, Public Safety and Judiciary retaining jurisdiction over issues related to COVID-19.

The Ige administration proposed allowing more flexibility in penalties for violating emergency orders. Ige’s bills were rejected but SB 540 SD1 allows proclamations to treat some rule infractions like traffic violations rather than as crimes and has already crossed over to the House.

The House PDP moved a number of bills addressing some of the perceived instances of executive branch overreach in wielding emergency powers: HB 103 HD1, a proposal to require more legislative oversight after the initial emergency proclamation, HB 573 HD1, a measure requiring legislative review of funds provided by the federal government, and HB 724 HD2, requiring Governor’s approval for any travel restrictions applying to essential workers. In addition, four House committees approved HB 1286 HD2 requiring consistency in applying any travel restrictions throughout the State. The Senate approved SB 134 SD1 preventing the Governor from suspending requests for public records.

The House Labor & Tourism (LAT) approved HB 914 HD1, an emergency appropriation of $5.5 million to reimburse and fund the Hawai‘i Tourism Authority for various COVID-19 related response efforts, including airport support, a call center to check on quarantined travelers, Hotels for Heroes, a web application for travelers to self-report and for data processing, and supplies, and branding strategies in international markets to promote Hawai‘i as a safe destination.

The Senate Energy, Economic Development, and Tourism (EET) in SB 938 SD1 proposes specifying the tourism emergency special fund be used exclusively for emergency measures directly relating to safety and security initiatives necessary to respond to any tourism emergency, and in SB 775 SD2 to reduce the cost burden and negative impact from tourism on local residents by adjusting the transient accommodations tax (TAT) rate based on the number of tourists visiting Hawai‘i each calendar year. In SB 1320 SD1, EET approved incorporating a regenerative framework in the State Planning Act to position Hawai‘i towards a more resilient and sustainable economy, recognizing that the pandemic offered residents an opportunity to reshape tourism that embraces biosphere stewardship and better preserves the health of Hawai‘i’s nature resources.

HB 1278 HD1, the first bills approved by both chambers and signed by Governor Ige as Act 1 (2021), reduces the statutory hike faced by Hawai‘i’s businesses unemployment compensation trust fund (UCTF) contributions. As a result of the unprecedented number of benefit claims, the UCTF, which had a reserve of $607.5 million as of November 2019, was depleted by June 2020. The State, to keep the UCTF afloat and continue payment of unemployment benefits, received a $700 million loan from the federal government.

Each year, the Department of Labor and Industrial Relations calculates the UTCF contribution rate based on the employer’s “actual experience”—a calculation of an employer’s contributions into the UCTF and benefits paid to former employees. This then corresponds to one of eight statutory contribution rate schedules (A through H) based on the overall health of UCTF. Under existing law, depletion of the UTCF required use of Schedule H, the highest statutory rate, at a time when employers can least afford the increase. Ige signed HB 1278 HD1 on March 2, 2021, keeping the contribution rate at D for 2021 and 2022, saving businesses an average of $1,000 per employee.

To support farm and ranch operators on the neighbor islands, the House is debating HB 1144 HD2 which would exempt from general excise taxes the interisland transportation and related loading and unloading of agricultural commodities.

Under SB 714 SD1, which passed over to the House, heirs and estates of local entertainers and artists will be able to protect their legacies by clarifying the rights of publicity including the rights of individuals who died prior to the enactment of the Hawai‘i Publicity Rights Act (HPRA) retroactive to July 15, 2009. The current situation leaves local icons such as Aunty Genoa Keawe, Don Ho, Eddie Aikau, Israel Kamakawiwo‘ole, Patsy Mink, Duke Kahanamoku, and countless others with zero protection under HPRA.

In recognition the statewide pandemic inspired eviction moratorium will soon come to an end, HB 1376 HD2 and SB 1388 SD2 proposes to help establish an off-ramp to normalcy for landlords seeking to remove tenants who don’t pay their rent. The measure would require landlords to attend a third-party mediation program if requested by a tenant as a prerequisite for any court order eviction filings. The hope is that through discussions, a settlement can be reached before any evictions.

While many large and small businesses opposed increasing it at this time, the Senate approved a minimum wage increase from the current $10.10 to $12.00 by 2022 through SB 676 SD1. Advocates urged an even larger hike to between $15.00 and $17.00, noting seven states (California, Connecticut, Florida, Illinois, Maryland, Massachusetts and New Jersey) will be at $15.00 per hour in the next few years. The bill now moves to the House for further consideration.

During the pandemic, a number of projects were filming in the islands, employing “bubbles” to limit contact with islanders at several resorts, including on Maui at the Andaz. Recognizing the changing landscape of film production – think Netflix and Amazon – along with a large potential cost to keep up with other states and countries –EET and House Economic Development (ECD) are entertaining additional caps, limiting individual production credit claims and making other adjustments to the film tax credit (SB 921 SD2; HB 1174, HD1). Bills to remove the cap or raise the cap were not heard this session (HB 637, HB 843, HB 845, HB 846, HB 1368, HB 1156).

Despite Las Vegas having the well-earned nickname of Hawai‘i’s Ninth Island, Hawai‘i looks likely to remain one of the only U.S. territories not allowing any form of legalized gambling. The House declined to consider the proposal to allow one Casino license on Hawaiian Homeland’s property to support housing efforts for Hawaiians. The Senate Hawaiian Affairs committee held a number of hearings on the proposal but in the end could not muster enough votes to move any bills out of committee to the floor, including lottery and bingo (SB 85 SD1) or allowing Hawaiian Homelands to decide whether to pursue some kind of gaming (SB 1321).

The Senate heard and approved SB 767 SD2 legalizing up to an ounce of cannabis for personal or recreational use. Income taxes and general excise taxes would be collected from cannabis sales. The House, however, did not hear legalization proposals (HB 238; HB 1202), or placing the issue on the 2022 ballot (HB 421).

Concerned about the Department of Education not spending federal stimulus funds on maintaining current staffing levels at schools and instead, diverting funds to other areas such as private tutors, the House Education Committee passed HB 613 HD2 and the Senate passed SB270 SD2. The bills will require funds to maintain DOE employees and their pay who belong to a collective bargaining unit, such as teachers, principals, office workers, and janitors to name a few.

The Legislature in SB 700 SD2 is again considering collecting reimbursements for the considerable costs associated with the search and rescue of individuals who willfully disregard their own safety by ignoring warning signs and entering prohibited areas. 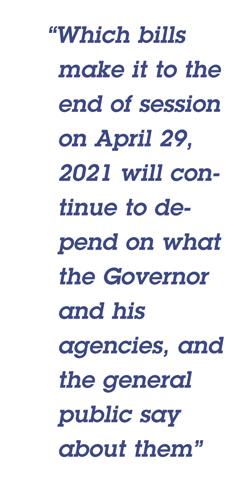 Which bills make it to the end of session on April 29, 2021 will continue to depend on what the Governor and his agencies, and the general public say about them. Stay tuned. 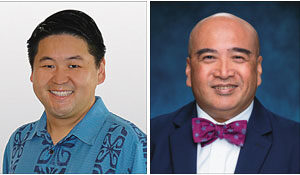