José Rizal—a national hero of the Philippines who began a revolution against the Spanish Government to achieve freedom for his country through his writings. He was not only a skilled writer, he was also a doctor, an architect and was immensely talented in the field of arts. He was well known for his novel Noli Me Tangere published in 1886 that described the societal details of the Philippines and skillfully expressed the wrongdoings of the Spanish Government that the Filipino people encountered during the time of the Spanish colonization. Simply because of José Rizal’s bravery and accomplishments, he has inspired numerous people to be dedicated and aim to achieve a better education and pursue a successful life.

Many students look up to José Rizal, as he is a well-known heroic figure of the Philippines. Mhikee Daoang, a Filipino American from Maui High School shares that he views José Rizal as a hero because “Without his guidance, perseverance, and bravery, we would have received our freedom much later or maybe even not at all.” Mhikee not only considers José Rizal as a heroic figure but was also inspired by Rizal’s actions. “Not only was José Rizal a hero but he was also highly intelligent. He traveled to many places where he learned many languages and experiences. So, there’s a lot to look up to. I am extremely inspired by everything he did because Rizal’s legacy takes part in diminishing the cultural inferiority that is still very prominent in the Philippines.” As a result of José Rizal’s accomplishments, Mhikee is happy to say “Through Rizal’s hardships, I am able to live comfortably and proudly.” Teens today still continue to study José Rizal as Mhikee believes “Students definitely need to learn about José Rizal. Although his people should be aware of what he did for them, I think everyone in general should be educated about him as well. Not only Filipinos. If no one were to learn about José Rizal and what he did, all his sacrifices were for nothing.”

Many students agree José Rizal was an important individual in Filipino History. Maui High Sophomore Jill Teneza considers José Rizal as an important historical figure because “José Rizal initiated violence-free protests against the Spanish government for the Philippines’ freedom. He helped gain independence for the Philippines as they were under Spanish colonial rule for hundreds of years. Also, he spread the importance of education.” José Rizal believed that the right way to achieve freedom for his country was through peace and not acts of violence. “I agree with him because violence can taint their reputation and they may be seen as barbarians. If they didn’t use violence, they would have a better chance at getting what they needed. He didn’t just speak up for himself, he spoke for the whole country. He also knew the importance of education and wanted to help others,” says Jillian since she too, shared similar philosophies as José Rizal. Jillian describes José Rizal as brave, considerate, and kind as she continues to further her education in hopes of reaching her academic goals with the same mindset as José Rizal.

José Rizal’s legacy continues to inspire generations of teens across the world. “I am personally inspired by him because he used what he loved to do in order to change the world. This is how he defined his purpose. His death sparked the Philippines’ revolution from Spain. It takes bravery to go against a powerful nation controlling your motherland. But he did anyway because of his love for his fellow countrymen,” says Ghenesis Balaan, a junior from Maui High School. José Rizal has accomplished various achievements in his lifetime. For instance, he traveled overseas and graduated abroad to strive to become a doctor despite the racial and financial difficulties that were quite prominent back then. José Rizal’s accomplishments impacted the way Ghenesis views José Rizal because “he believed in the saying ‘the pen is mightier than the sword.’ He did not entertain the thought of violence in his head. He wrote about the cruelty of Spaniards to Filipinos and when the Spaniards found out, they executed him. His actions and words sparked the Philippine revolution.” Ghenesis considers José Rizal to be courageous and clever which is why he believes that “students should learn about José Rizal because he plays an integral part of Filipino culture just like how George Washington and the founding fathers played an important role in the creation of the United States of America.”

José Rizal, the man who serves as a role model to generations of Filipinos, continues to serve as a role model to teens because “He saved his country from being dictated by Spain without going to war. All he needed was a pen and a piece of paper, in which he called for his fellow citizens to fight for their homeland,” says Maui High School Junior Nicole Anne Guzman. José Rizal fought colonization by using peace as “He believed that everyone was good deep within them” but Nicole points out “However, the occurrence of violence is always going to be present. Certain individuals are never satisfied with what they have, therefore they will do anything to get what they want even if violence is involved.” Thanks to José Rizal’s determination and good deeds, Nicole lives comfortably: “We can be ourselves freely, without him we would be under the control of the Spaniards.” She describes José Rizal as a leader and intelligent as she aims to follow José Rizal’s footsteps in pursuing her academic goals of becoming a doctor.

Today, many Filipinos view José Rizal as a national hero. This makes José Rizal a historical figure still relevant today as he displaced acts of compassion, bravery and belief in peace over violence to gain freedom for his beloved country. Students are still inspired by his accomplishments and strive for a better education to work hard to achieve their dreams and aspirations in life. It is because of José Rizal’s determination and philosophy that inspires others to work hard in achieving their dreams and aspirations. 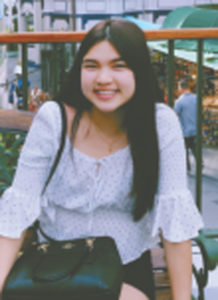 This month’s guest columnist is Romelyn Joy Tabangcura, a junior at Maui High School taking part in Maui High’s ACOM and Health Services pathway. She is a member of Health Occupation Student of America (HOSA) for 3 years and has competed in Human Growth and Development and placed top 3 at states. She is also a part of INTERACT, a service club that works around the community. She aspires to become an anesthesiologist one day. She is a daughter of Romeo and Roselyn Tabangcura.