December means Maui Comic Con as I’m writing this column. So it’s fitting to quote well-regarded graphic novel writer (and Babylon 5 creator) J. Michael Strazynski who noted “The future is always all around us, waiting, in moments of transitions, to be born in moments of revelation. No one knows the shape of that future or where it will take us. We know only that it is always born in pain.”

The Legislature designated December 20 as “Sakada Day,” celebrating the last large group of agricultural contract workers brought to Hawai‘i by the plantations in 1946. But Filipino plantation workers began arriving in the first decade of the 20th century. Recently, a descendant of an early Maui Filipino contract worker died and made the national news.

Cecilia Suyat Marshall, Thurgood Marshall’s widow passed away on November 22, 2022. Born in Pu‘unēnē, Suyat was sent to live with maternal relatives in New York City where she found a job working for the National Association for the Advancement of Colored People (NAACP). She would marry the future Supreme Court Justice in 1955, following the death of his first wife, and would be by his side for much of the Civil Rights era and his service as the first Black member of the United States Supreme Court.

I never met her but heard about her from her nephew Stanley Suyat who worked at the Carlsmith Ball law firm when I was a young lawyer. It always amazed me someone from Maui played a part in pivotal moments in U.S. history. Mrs. Marshall apparently understood the dream and the struggle never ends—that we all live out our lives trying to make things better for ourselves, our families and neighbors, and hopefully for the people who come after us.

I knew her, admired her and loved her because I attended the same law school and there were so few Filipino lawyers in Hawai‘i when we first entered the profession. She was a mentor and trailblazer for younger Filipinos and especially for Filipina women lawyers. In her career, she certainly accomplished and contributed to the profession and community more than most lawyers: a partner at a major Bishop Street law firm, Corporation Counsel for the City and County of Honolulu, Vice President for Legal Affairs and General Counsel for the University of Hawai‘i. She was devoted to her two sons—Cade and Alex—and to their ‘ohana of teammates and classmates. It was also my honor to preside over her confirmation in 2017 to the District Court of the First Circuit. Fight on forever, Darolyn.

Elections in many ways bring both hope and disappointment. December-January marks the transition from one administration and legislature/council to another.

Josh Green and Sylvia Luke were sworn in on the first Monday in December, with speeches making some big promises (and supposedly the money to support fulfilling some of those goals). The new Lt. Gov couldn’t help commenting in both her inaugural and gala remarks about her change in status from influential and nearly omnipotent legislator (as House Finance chair) to the person whose main job is to keep breathing in the event the Governor is out of town. In contrast, Green, a former rural emergency room physician, moves up from Luke’s new job to lord of all he surveys from the fifth floor of the State Capitol. That might even make up for the long-deserved season his Pittsburgh Steelers are having.

On Maui, the voters opted to change County administrations—the fourth time since Linda Lingle that an incumbent Mayor was shown the door after only four years. If there’s a message, Richard Bissen (see his interview in this issue) will need to flesh out his Kama‘āina Prosperity quicker than a Drug Court session (and certainly take credit for projects that may have started in the Arakawa or Victorino years that finally get built and opened during his time on the Ninth Floor).

On the Maui County Council, newcomers Tom Cook and Nohe U‘u-Hodgins appear to be in a new working majority, depending on the outcome of a challenge to Council Chair Alice Lee’s re-election win. Residents will certainly watch to see whether this new Council delivers more housing truly affordable for local residents (and not just the lucky ones who qualify for subsidized homes under Housing and Urban Development standards).

The voters also decided to approve some Charter amendments which will add some new County agencies and policies. The people spoke and Mayor Bissen and the Council will need to implement those changes.

Kahului lawmaker Justin Woodson will continue as House Education chair. South Maui’s Amato will need to deal with opening Kūlanihāko‘i High School if the Departments of Education and Transportation persist in resisting the Land Use Commission overpass/underpass condition for the school development and convince other legislators (mainly from off-Maui) money should be allocated for that cost rather than funding their own community priorities.

Wailuku representative Troy Hashimoto moves up to chair the Housing committee so he will consider the details for Green’s ambitious plans, and any housing planks supporting Kama‘āina Prosperity in Maui Nui.

In the Senate, Angus McKelvey will honcho Government Operations (where he will have to consider the nomination of former Maui Managing Director Keith Regan as State comptroller). Regan was Chief Financial Officer at the Hawai‘i Tourism Authority but moved over to a regular state department slot. As Comptroller, he will manage the Department of Accounting and General Services which is responsible for most public works projects that don’t involve airports, highways or harbors.

Lynn DeCoite, one of the only real farmers in the Legislature, will now chair Energy, Economic Development and Tourism. DeCoite will have the daunting challenge of fostering expanded economic opportunities beyond the visitor industry, defense spending and construction.

But the biggest transition I’m watching for is the Bengals to finally win a Super Bowl. Cincinnati represented the AFC in Super Bowl XVI (1982), XXIII (1989) and LVI (2022). The Queen City boys lost all three. New England and Pittsburgh both won six titles. The Patriots, however, actually lost five Super Bowls (Denver matches New England as the biggest losers, only winning three of the eight games it played in). Dallas won five Super Bowls but lost as many as the Bengals (San Francisco won five titles, including two against Cincinnati), and so have Miami (2–3) and the Los Angeles/St. Louis Rams (2–3). (Minnesota and Buffalo are also winless, both losing four times, while Carolina and Atlanta lost two, and San Diego/Los Angeles Chargers, Tennessee, and Arizona Cardinals have lost their only appearances). Cleveland, Detroit, Jacksonville and Houston have never even played in the Super Bowl. But I think the Bengals are due as the Year of the Tiger comes to a close. 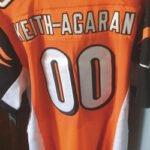