The Concept of Bayanihan

It has been over six months since the COVID-19 hit the United States and the effect of that here on Maui is devastating, especially in terms of our economy. Many people have lost their jobs. This COVID-19 has uprooted our way of life in so many different ways.

“In times of need, it’s important for all of us to come together to assist. That is the spirit of Bayahinan.” This is a quote from the Binhi At Ani website, as they announced the Food Distribution Drive.

All this news about the #BayanihanFoodDistribution got me inspired to dig deeper into what Bayanihan means.

Pronounced like “buy-uh-NEE-hun,” Bayanihan is a Filipino word derived from the word bayan meaning town, nation or community in general. Bayanihan literally means “being a bayan” and is thus used to refer to a spirit of communal unity and cooperation.

The concept of Bayanihan is traced back to a Filipino tradition which can be observed in the province wherein the town’s people were asked to assist a family who will move into a new place. The relocation involves more than moving the family’s personal belongings. It also concerns the transfer of the family’s entire house to a new location. A traditional Filipino house—Bahay Kubo—is made of indigenous materials such as bamboo and nipa/anahaw leaves, unlike the modern homes nowadays which mostly are built with wood on a cement slab.

The Bayanihan spirit shows Filipinos’ concept of helping one another most especially in times of need without expecting anything in return. Filipinos strongly believe in helping their kababayans (fellow countrymen) in any possible way they can to extend a helping hand. It is a beautiful Filipino mentality of helping one another.

Back to the Binhi at Ani #BayanihanFoodDrive; it’s heartwarming to see the support of Mayor Michael Victorino, State Senator Gilbert Keith-Agaran, Representative Justin Woodson, Representative Troy Hashimoto (who have been at each of the four Bayanihan Food Distributions) and other elected officials such as Councilmembers Tasha Kama and Yuki Lei Sugimura as well as candidates Claire Carroll, Stacy Helm Crivello, and Rick Nava. We are also very appreciative of the hundreds of volunteers including the Maui Police Department and the Hawai‘i National Guard who helped plan, pack and distribute the supplies. As the saying goes, “we are all in this together.”

The next #BayanihanFoodDistribution will be on Saturday, September 26, 2019 beginning at 9 a.m.

To receive the latest news and announcements on the #BayanihanFoodDistribution, make sure you follow the Binhi at Ani Facebook Page at https://www.facebook.com/BinhiatAniFilipinoCommunityCenter. 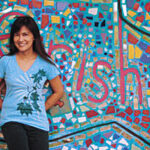 Liza Pierce of A Maui Blog is an Interactive Media Strategist in Hawai‘i. She started blogging in 2006 and she loves talking story online and spreading aloha around the world. She’s lived on Maui since 1994 and considers Maui her home. A wife, a mother, a friend…and so much more. She loves Jesus; Maui Sunsets Catcher; Crazy About Rainbow; End Alzheimer’s Advocate. Her life is full and exciting here on the island of Maui. Liza is currently the Interactive Media Strategist with Wailea Realty Corp.