Home Featured Stories Stand Up And Be Counted

In 2010, the U.S. Census determined Filipinos constituted the second largest ethnic group in Hawai‘i (25.1% of Hawai‘i’s total population) behind Caucasians, increasing by 24.1% since the 2000 Census. In Maui County alone, there are over 44,900 Filipinos (29.0%) that contribute daily to Maui’s economic success. For the Filipino community, the question is will the numbers continue to rise, considering approximately 3,500 immigrate to Hawai‘i each year from the Philippines. By participating in the 2020 Census, you can ensure a more accurate count.

For the 2020 U.S. Census, National Census Day is April 1, 2020—the reference date used to count. With a tag line of “Count Me In!” the 2020 Census is unique as folks will be offered the opportunity to respond on-line as well as by mail, telephone, and in person.

Don’t worry—your on-line responses will be encrypted to maximize confidentiality. And there will be no questions on citizenship, banking or finances.

“This year, we’re counting on everyone in Maui County to stand up and be counted in the 2020 U.S. Census,” said Mayor Michael Victorino during his State of the County address. “This count will decide the distribution of billions of federal dollars. That’s why it is important to be counted.”

Federal funds on Maui help with a variety of educational programs such as Head Start, Section 8 housing, Community Development Block Grants, airport improvements, various road and bridge projects, and assistance for the Maui Economic Opportunity, Inc. Census data is also used to determine the number of seats each State has in the U.S. House of Representatives as well as setting the boundaries for congressional, state legislative and school districts.

“An accurate count is essential for local communities—especially rural communities like much of Maui Nui,” explained State Senator Gilbert Keith-Agaran (Senate District 5 – Wailuku, Waihe‘e, Kahului). “The federal government uses the census to determine how much in federal funding will be available for Maui County in many areas, including our local schools, health clinics like Mālama I Ke Ola Health Center, and roadways. The census helps determine how hundreds of billions of dollars in federal funding are allocated to more than 100 programs, including Medicaid, Head Start, block grants for community mental health services, the school lunch program, and the Supplemental Nutrition Assistance Program.”

“It is also important to know that the information from the census can only be used in aggregated form to help identify where vital community services are needed for example for kūpuna and keiki alike,” added State Senator Rosalyn Baker (Senate District 6 – South & West Maui). “The census provides data about our country’s population size as well as a detailed picture of the changing characteristics of our communities. That information helps us determine where we need to spend both federal and state resources. Funds for many many programs are allocated based on census data. It is so important that everyone stand up and be counted in 2020.” 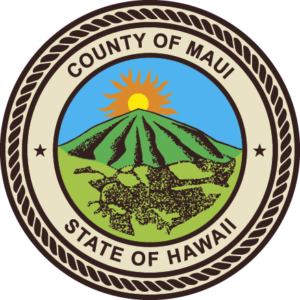 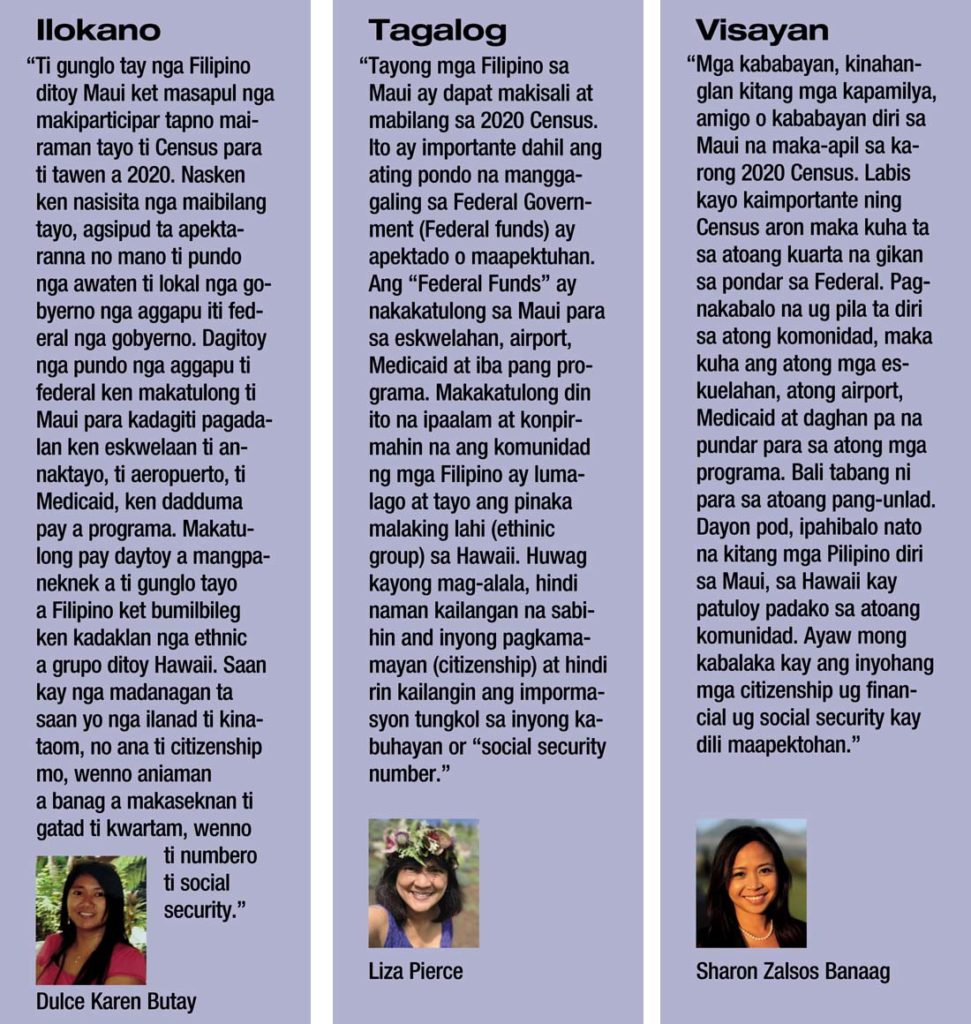 “We want to ensure that Maui gets the most dollars we can from the distribution of federal money,” explained Victorino. “In 2016, Maui received its share of the $3.7 Billion allocated to the State. But for every person who is not included in household responses, we lose more than $1,500 per person per year for ten years until the next Census. That’s money left on the table that could have gone toward safety net programs, roads, public transport, Medicaid, and our keiki’s schools.”
So stand up and be counted! And don’t worry, you will not disclose your citizenship, your financial information, and your social security number. 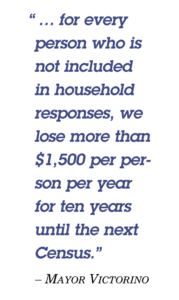 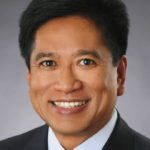