We bid goodbye to August and we welcome the first BER month. Welcome September! In the Philippines, they start playing Christmas songs on the first day of September. Here in Hawai‘i, they also play Christmas songs and some start to display their Christmas trees and decorate it. This time will pass by so fast the next thing you know, the year is gone. 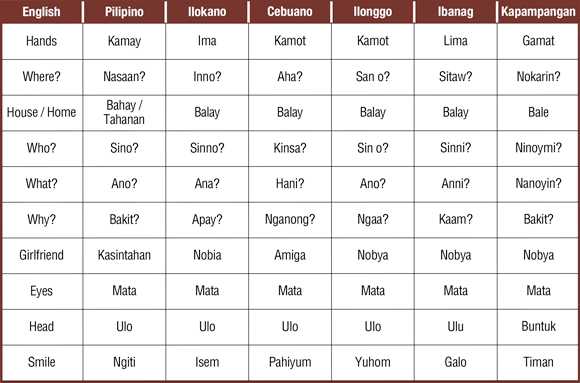 “Aunty!” Angel shouted while smiling and waving her sock in the air trying to get Aunty’s attention.

“And then sino (who) is the one to feed the pigs in the piggery? That is Raffie’s job. Oh, when I get my kamay (hands) on him …” Aunty made a sour-face and clenched.

Angel frantically waved her sock in front of Aunty while she was still in a trance. Flori, Angel’s second-degree cousin who was also passing by overheard the conversation with a bbq stick and soda pop bag in her kamot (hand) peeped in and smiled.

Expletives came from Aunty’s mouth, firing bombs in front of the two girls.

Angel tossed her sock at her forehead. “Aunty,” said Angel.

“Aunty, I don’t know if you notice … But he has a kasintahan (girlfriend).” Angel chuckled and picked up her sock.

Aunty’s mata (eyes) turned bright red and she climbed into the bahay (house) and hit Angel with her slipper as more curse words left her lips.

“Ana? (What?) Bakit? (Why?) Sinno (Who) told him to have a nobya (girlfriend)? You know about this, ha? And you don’t tell me?” Aunty Mary Grace sounded mad.

Florie giggled as she watched Angel clinch into a ball trying to dodge the onslaught of Aunty’s flying slipper-attack which she perfected over three kids and helped to raise her fourteen nieces and nephews over the course of two decades.

“Nasaan (Where) is he now? You tell me,” Aunty Mary Grace demanded Angel.

Florie giggled with her pork BBQ sauce dripping to the floor. As soon as the one droplet of sauce hit the surface of the floor, it was like an alarm went off in Aunty’s head as she turned around and glared at Florie.

Super slipper attack! Pow, bang, boom, like a cartoon comic strip the two girls fell to the ground laughing. With no slippers left in her ima (hands), she began to slap Angel’s butt. Angel laughed, pretending it hurt.

“Kinsa (Who) is the girl? I will give him lickings,” Aunty asked.

Giggling, she blurts out, “It’s Mary Fe, the new girl from Cagayan. Hahaha. Stop! No … ,” as she made a pouty face.

“Sin o (Who)? Aunty asked, turning to Florie and began to slap her leg as well. “Sinni (Who) is her parents? Tell me now!” she demanded.

Florie, still clenching on to her BBQ stick and soda pop, determined to never let it drop, took the hits while she skimmered around like a fish out of water.

“Apay (Why) did you not tell me,” with more colorful profanity, Aunty asked.

“He has been going there every day to help Uncle Benjie on the farm,” she added. Angel and Aunty locked eyes. Suddenly Aunty stormed out of the house and bolted for the street.

“Raffie! Raffie!” she yelled walking out in the street.

Angel and Florie peeked out the door into the sun. Angel took a bite from the BBQ stick and Florie cried as they both laughed together.

Wiping her mouth and peeping out the door, Angel saw her Uncle Myron talking to a man she never grew up around but he had been around their barangay for weeks now.

Not thinking anymore about it, she took a sip from Florie’s pop and finished her chores.

A faint tapping on the wall followed by “Hoy.” Angel still fast asleep.

Tok tok tok tok. The tapping got harder. But Angel continued her rest.

Angel bolted to her feet, startled looking into the window as her brain was still booting up. It’s Florie. “Hoy, where are you? It’s your turn to manage the booth,” she said. “Aunty Lumen is mad at you,” Florie smiled as she peeked through the window.

“Hani (What)?” Angel mindlessly gazed towards the location of the voice.

Just as Angel’s brain finally finished loading, “Oh that’s right!” she yelled. Panicked, she grabbed a jacket from off the hanger.

“Tsk tsk, You are getting old Angel,” Florie joked.

“Oh, look ninoymi (who) is talking. You are two months older than I.”

Anyways that’s all I have. Keep an eye out for my column in every issue. I’m Dulce, helping you to master your Filipino Languages. Like always, let’s laugh, let’s makinig (listen) and Let’s Talk Pinoy! Hanggang sa muli! (Until next time!) Ingat! (Take care!).