Benjamin Cayetano: First highest-ranking elected official of Filipino ancestry in the State of Hawai‘i: 6th in a series.

Editor’s Note: 2019 marks the twenty-fifth anniversary of the election of Benjamin J. Cayetano as the Fifth Governor of the State of Hawai‘i and the first Filipino-American elected as the head of an American state. This is the sixth in a series of articles profiling Cayetano and his historic election and service. Versions of these articles appeared previously in The Filipino Summit.

In the summer of 1994, Filipino lawyer Alfredo Evangelista received a telephone call at his Graulty Evangelista & Quiban law firm from a so-called leader in the Filipino community. Throughout the hour-long telephone conversation, the so-called leader peppered Fred with a series of questions about Lt. Gov. Ben Cayetano. The conversation came down to whether Ben was the best candidate and, if elected, how many Filipinos would he appoint to his cabinet.

Fred, who had worked with Cayetano at the Schutter law firm and who had been involved in the two successful campaigns for Lt. Governor could not help but get frustrated with the questions and the inability of this so-called leader in the Filipino community to understand the significance of having a Filipino as the leader of the state government. He finally snapped, “It doesn’t matter how many Filipinos he appoints. I’d rather have the number one in the State be Filipino and no other Filipinos than having a non-Filipino and lots of Filipinos.” To Fred, it was useless to continue that conversation but he realized that there would be folks out there counting how many Manongs and Manangs would be in any administration.

Sometime after the 1994 election, a Filipino community “leader” commented to some friends who worked on Lt. Gov. Cayetano’s campaign his interest in serving as a director or deputy director in the Cayetano administration. Asked if the person was going to submit a letter in response to the new Governor’s advertisement, the person snapped: “If they want me, they know where I am.”

That person never served in the Cabinet.

One of the things that always surprised me was the selected scrutiny placed on the Governor’s appointments to his Cabinet and state boards and commissions by some people in the Filipino community. Gubernatorial and mayoral candidates have made promises about appointing a certain number of Filipinos (and some actually have done so upon election apparently). Ben Cayetano never made such promises.

As the administration held press conferences on new appointments, certain Filipino community members would show up at the Executive Chambers to count the number of Manongs and Manangs being introduced or announced. While Governor Cayetano did appoint quite a number of Filipinos to various positions throughout his eight years, there was an undercurrent of dissatisfaction with the number and perhaps ultimately the people who were tapped.

What they perhaps missed is that Governor Cayetano quietly broke the bamboo ceiling of such a spoils systems. Instead of one or two cabinet positions, one Supreme Court position, only certain administrative bodies or Cabinet positions or legislative seats, it was wide open. Filipinos served in all kinds of places during Governor Cayetano’s administration, reflecting the varied skills, experiences and professions in the community.

Governor Cayetano included four Filipino directors during his term of office: Sam Callejo as comptroller, George Iranon as public safety director, Leonard Agor as labor director and myself as the first Filipino Chair of the Board of Land and Natural Resources and the Commission on Water Resources Management (and briefly as labor director). Callejo later held the Chief of Staff position as well.

As a lawyer, one significant moment for me was when Governor Cayetano elevated Intermediate Court Judge Simeon R. Acoba, Jr. to the Hawai‘i Supreme Court. Conventional wisdom would have raised political concerns that the five-member court already had a Filipino—Justice Mario Ramil. The Governor also named to the circuit court bench Reynaldo Graulty and Artemio Baxa, two Philippine-born lawyers.

At the end of the administration, Fred compiled a list of Cayetano appointees from the Filipino community. For the most part, these people applied although no doubt the Governor and his circle certainly knew where some of them were and did go and get them.

Appointments to the Cabinet:

Senior Staff Appointments in the Office of the Governor:

Appointments to the Judiciary:

Appointments to the Legislature:

DEPT OF ACCOUNTING AND GENERAL SERVICES

State Foundation on Culture and the Arts

DEPT OF BUDGET AND FINANCE

Board of Directors, Housing Finance and Development Corporation

Board of Directors of the Hawai‘i Health Systems Corporation

Board of Directors, Housing and Community Development

DEPT OF COMMERCE AND CONSUMER AFFAIRS

State Board of Public Accountancy

State Board of Chiropractic Examiners

Board of Dental Examiners

State Board of Professional Engineers, Architects, Surveyors, and Landscape Architects

Board of Medical Examiners

State Board of Nursing

Board of Osteopathic Examiners

Board of Private Detectives and Guards

Board of Public Broadcasting

Advisory Board on Veterans Services

Maui Service Area Board on Mental Health and Substance Abuse

Board of Certification of Operating Personnel in Wastewater Treatment Plants

Board of Human Services

DEPT OF LABOR AND INDUSTRIAL RELATIONS

Labor and Industrial Relations Appeals Board

DEPT OF LAND AND NATURAL RESOURCES

Board of Regents, University of Hawai‘i

Board of Directors, Research Corporation of the University of Hawai‘i

Board of Registration, Island of O‘ahu 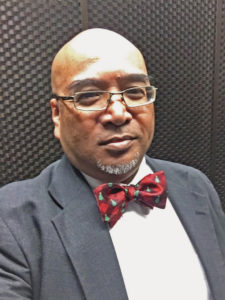