Finding Thanksgiving Within Our Filipino Community

Halloween plans have passed and now Thanksgiving planning begins. The normal November includes the weekly inspection of grocery store sales, waiting for someone to volunteer their household and numerous group chats; all which are requisite endeavors for a glorious Thanksgiving feast. But as everyone gets settled into their seats for Thanksgiving dinner, a quick glance around the table easily enacts one to reflect on their upbringing specifically who have contributed to it. For a majority of Maui’s Filipino Americans, the large Filipino community has played a major role in influencing and supporting Filipino American youth’s confidence, comfortability and self-development.

“Coming to the United States as an immigrant was initially a daunting thought for an 11-year-old Filipina,” describes Yasha Ronquillo, a college graduate and teacher at Maui High School. For Yasha the only knowledge of America she held were from books, movies and shows; although she was intimidated, “It did not take me long to adjust to the island thanks to the large Filipino community we have here (Maui). Especially since my church was composed of many Ilonggo/Tagalog-speaking families with familiar traditions and customs, it became easy for me to quickly feel comfortable on this island I now call home.” As Yasha recognized the Filipino community through church, Dexter Corpuz, a recent college grad and teacher at Maui High, recognized the Filipino community through friendships, “Growing up my majority circle of friends were Filipinos and I think it naturally became that way because we had so many cultural connections with each other and to this day we do! For instance, we had a lot of relatabilities with each other and other Filipinos as well.”

As Dexter entered adulthood, he realized “The Filipino community helped me find myself and my self-identity.” Similarly, the Filipino community helped Yasha navigate through her youth, “I did have a point during my teenage years when I was ashamed of being Filipino (due to stereotypes, stigmas and the incessant need to fit in) but the richness of our culture outweighed my negative feelings.” Taking pride in her culture and traditions she’s become “truly grateful the Filipinos on Maui brought those wonderful things with them to Hawai‘i. Without such things, my identity will not be complete.”

Creative media are also major contributors to Yasha and Dexter’s identity. With creative media and their culture holding such major parts in their identity, multiple projects were concocted with the inspiration being the Philippines and Filipino culture. For example, Yasha launched an Instagram page called “Ganda ng Pilipinas” which “cultivates an appreciation for our culture in a society where Filipinos can oftentimes be mocked, making Filipinos ashamed of their heritage.” 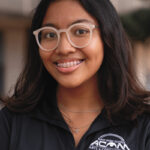 Google® Is Not Everything is a monthly column authored by high school students. The title of the column emphasizes education is more than just googling a topic. Google® is a registered trademark. This month’s guest columnist is Jazmyne Faith Viloria, a Senior at Maui High School. She is a member of SaberScribes (Maui High’s journalism club), Historian of the Video Club and Team Captain of Blue Thunder, Maui High’s Robotics club. Jazmyne is in the ACOM Pathway at Maui High, focusing on videography and photography. In her free time, she sews and refashions old clothes, journals, edits photos/videos and loves to analyze lyrics in songs. She is the daughter of Ruth Sagisi and Rudy Viloria.