Spring and the Advent of the Giants!

I love the Spring.
March Madness has just ended.
The NBA season has a couple of months of playoffs coming.
The Barrio Fiesta is right around the corner.
And baseball returns.

By the time you read this column, the Giants’ season might already be over.
But as I write this, San Francisco is in second place (splitting opening series with the hated dodgers, who won the National League pennant last season, and the Seattle Mariners).

I liked the way the front office added Evan Longoria to play third base and went and got a new center fielder in Austin Jackson. Of course, the great trade was for Andrew McCutchen (the Giants have always done well in trades or signings of former Pirates—Jason Schmidt, Freddy Sanchez, Barry Bonds come to mind, and re-signing of former Giant draftee Ryan Vogelsong). The Giants now have Pirate mainstays Mark Melancon and Tony Watson as well.

The Giants managed to split the opening series despite scoring only two runs (both on homers by “Babe” Panik) and getting shut out in the following two games against the boys in blue. They also did this without two of their top starters—ace Madison Bumgarner and Jeff Samardzija—and closer Melancon.
Los Angeles, on the other hand, lost three to the Arizona Diamondbacks, after the Giants series. 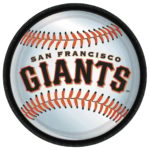 So I gotta feel pretty optimistic at the moment (and the Giants hit four homers against the Mariners).

That’s the magic of baseball… at the start of the season.
Anyone can still win it all. Almost like politics. 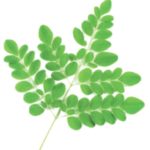 As a long suffering fan (I still don’t recall anything after the fifth inning of Game 6 of the 2002 World Series), I think the Giants deserve a few more titles before the end of this decade. 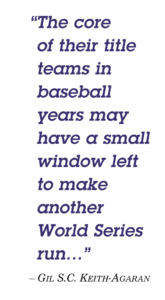 At the moment, Hunter Strickland is the stopper.

The problem is by the end of April, the Giants will play their SoCal rivals six more times and NL West rivals Arizona and San Diego another ten times. The Giants need to win most of those sixteen games to stay in the hunt as MadBum and the Shark heal.

So I gotta write this column now before the dodger fans and band wagon jumpers on the Fil-Am Voice staff get a chance to gloat.

Gilbert S.C. Keith-Agaran has represented Central Maui in the legislature since 2009. He lives in Kahului where he grew up. He would love to get to San Francisco on August 11th when the Giants will retire Barry Bond’s number during the series with the Pittsburgh Pirates.