My husband and I have been married for 25 years now. That’s a great accomplishment considering how different we are from each other. I guess the saying “opposites attract” works for us.

What else works for us? Learning about conflict resolution.

When there are conflicts in relationships, our inclination is to fight and to defend ourselves.

Learning about our spouses’ “communication style” including our “fighting style” enabled us to resolve many misunderstandings which otherwise could have been driven us apart.

And not desiring to “win the argument” but to “win over the conflict, to find a solution to the problem” is an important foundation.

So, what’s our communication style and fighting style?

Hubby “thinks out loud.” He doesn’t think before he says something. He says it so he can think about it.

I, on the other hand, “think before I speak.” The problem is, sometimes I think too much, I don’t speak.

In the early part of our marriage, I used to stuff everything and when conflicts arose, I eventually would just shut down. I was passive-aggressive. Now, that drove my husband up the wall. He can’t stand that I don’t answer his questions when we are arguing. It drives him crazy. Then he starts asking more and louder and I would feel like I was being badgered. Yeah, in my mind I would be thinking he is badgering but I won’t speak it out. I would just be there in a catatonic mode which drives my husband insane even more. Then… then when I can’t take his questioning any longer… I would BLOW UP! I would scream like I had never screamed before. The first time I did that our whole cul-de-sac heard it. So the families in our cul-de-sac started praying for us.

So, to make this long story short, after much counseling and marriage classes, we have learned that hubby needs to back off and give me time and space when we are arguing and I need to speak and not shut down. When we’re in a middle of a fight, one of us or both of us should keep in mind the other’s fighting style and we should give in a bit by communicating in his or her style, then the conflict cycle will spiral up towards a solution instead of spiraling down to a dead end. We still have arguments once in a while but not to the point that we have to call a counselor to help resolve a conflict. Oh, we’ve come a long way. And I hope that this little talk story we have today about fighting fair in marriage will help others, especially young couples who are still learning to navigate the intricacies of this beautiful relationship called marriage. 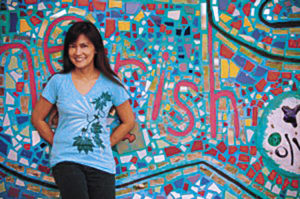