The first Statewide all vote by mail election resulted in a higher turnout than in recent years with over 406,425 of the 795,248 registered voters returning ballots. Turnout in Maui County lagged behind the 51.1% statewide, with 43,873 or 42.7% of the registered voter rolls participating. Ballots cast were well above the 34,105 or 36.2% recorded two years ago in the 2018 primary; and the 26,993 or 29.6% recorded four years ago in the 2016 primary. The largest statewide Primary Election turnout was in 1994 (when then-Lt. Governor Ben Cayetano won the Democratic nomination for Governor) where 307,904 residents cast ballots (269,854 at the polls).

In local races, the most hotly contested legislative race involved sweet potato farmer and State Rep. Lynn DeCoite who held on to beat longtime native Hawaiian and anti-GMO and anti-TMT activist Walter Ritte, 3,243–3,152 for the East Maui, Lanai and Molokai seat and will face Republican Robin Vanderpol and Aloha ‘Āina Theresa Kapaku in the general. District 13 Democratic primary voters favored DeCoite by a narrow 91 votes after the third printout. DeCoite led from the initial count of mostly mailed ballot received by Friday by 104 votes. The Maui ‘Ohana backed Ritte reduced the gap to just 29 votes after the second summary print out that included the walk in and additional mailed ballots. 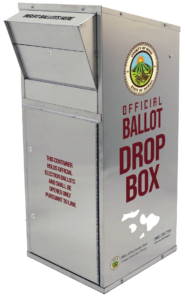 Hawai‘i’s Act 135 (2019) required a mandatory recount for margins of victory of 100 or less or one-quarter of one percent of the votes cast, whichever is greater. The Clerk had seventy-two hours to conduct the mandatory recount and DeCoite increased her lead by one vote. There is also the situation of voters having five business days from the date of the election to correct any ballots that were unsigned or whose signatures did not match their signature on file.

Yamashita nevertheless said it was hard to compare the three races. Known for particularly distinctive sign waving, he said, “We did more of some things and because of COVID definitely less of others. No house to house, no mass canvassing, maybe a third of [yard signs] and a later start for sign waving.” He estimates he reduced campaign activities by perhaps 75% than in prior years.

Hashimoto garnered more votes than Maui ‘Ohana backed Aiwohi and retired Police officer Bobby Hill received combined, 4,930–1,122–486, collecting 74% of the ballots cast. “I truly appreciate my District 8 constituents from Waikapi to Kahakuloa for their continued support and confidence in me,” said Hashimoto. “I promise to continue working hard for our community at the State Legislature and will make sure Maui’s interests are heard in a sometimes O‘ahu-centric body. No doubt, these are difficult times as we navigate through both the health and economic impacts of COVID-19 but we will only be able to determine the best solution by working together—that will always be my commitment.”

The only Maui Senate seat up for election this year will be determined in November as incumbent Gil S. Coloma Keith-Agaran (Democrat), Ipo Keen (Aloha ‘Āina), and Christy Kajiwara Gusman (Republican) all won uncontested primaries.

In the Special Non-Partisan Council races, familiar names led the contested races. Both West Maui Councilmember Tamara Paltin and Ha‘ikū-Makawao-Pā‘ia Councilmember Mike Molina probably wish Maui followed the practice in other counties where collecting more than half the vote settles a race in the Primary. They both collected more than their two opponents combined—Paltin capturing a commanding 65% of the vote while Molina collected a whopping 69.8%. Maui ‘Ohana backed Paltin doubled the tallies of her opponents Rick Nava and Sne Patel combined: 21,274–11,050–3,845; she will face second place Nava in the November runoff. (In the 2018 primary, Paltin tallied 15,242 while Nava posted 5,799, barely beating Balinbin’s 5,623. In the 2018 general, Paltin received 56% to Nava’s 28%—28,376 to 14,581.) Molina posted 25,506 votes to lead all Council primary winners in convincingly outpolling Maui ‘Ohana backed Aja Eyre (9,154 votes) and Laurent Zahnd (1,865 votes) but will still need to beat Eyre again in the General Election.

Incumbent Kahului councilmember Tasha Kama beat Maui ‘Ohana backed Carol Lee Kamekona and Deb Kaiwi. 15,529–10,792–8,392. Kama (who was backed by Maui ‘Ohana in 2018) and Kamekona will be on the General Election ballot to settle that seat where the incumbent captured only 44.7% of the votes cast. (Kaiwi also placed third in the 2018 primary race—receiving 4,519 votes—behind Kama and former Mayor Alan Arakawa.)

In their first year on Hawai‘i’s Open Primary Election ballot, throughout the State the Aloha ‘Āina Party attracted 5,208 votes in the Primary, behind only the dominant Democratic and Republican parties. In Maui County, 744 chose the Aloha ‘Āina Primary ballot. 36,654 Maui residents picked the Democratic Party ballot while 6,754 took a Republican ballot. In contrast, more established third parties Libertarians had 1,757 in their primary statewide and the Greens had 1,010. Those two established parties ran no candidates for legislative races in Maui County. Republicans did not field candidates in four of the seven legislative races. Further, Republican Balinbin was out-polled by blank votes in his West Maui primary 426–795, East Maui-Lāna‘i-Molokai Republican Vanderpool received only 304 votes while 488 were blank; GOP State Senate candidate Gusman only collected 40 votes more than the blanks, 1,203–1,163.

Elsewhere in the State, the Primary Election was a night for Democratic Filipino women candidates. The State Senate may add two more Filipino women Senators to a roster that includes veterans Lorraine Inouye (Hilo) and Donna Mercado-Kim (Moanalua- Foster Village). Mercado-Kim was unopposed in her re-election bid. In Puna, for the seat vacated by State Senator Russell Ruderman, State Rep. Joy San Buenaventura romped over Smiley Burrows, 8,067–2,231 for a General Election showdown with Ron Ka-ipo of the Aloha ‘Āina Party. State Rep. Rida Cabanilla Arakawa beat John Clark, 4,543–2,671, for the right to face the only Republican in the State Senate Kurt Fevella (Ewa-Ewa Beach).

On Kaua‘i, fourteen Council candidates proceed to the general election including Pinoys Addison Bulosan and Mike Dandurand, who ranked 9th and 14th (only seven will be elected). On O‘ahu, with three term-limited Pinoys on the Honolulu City Council (Joey Manahan, Ron Menor, and Kymberly Marcos Pine), incumbent Brandon Elefante will have two fellow Pinoys join him (Radiant Cordero or Jacob Aki in District VII and Wil Espero or Augusto “Augie T” Tulba in District IX). On the Big Island, council candidate Dominic Yagong moves on to the general for District 1 while Jane Clement lost in her bid to oust incumbent Councilmember Rebecca Villegas in District 7. Pinoy candidates for Mayor in Honolulu (Pine) and Hawai‘i (Tante Urban) did not break into the top two to make it to the general election run-off.

Having an all-mail election did cause some consternation among the candidates. Many of the first-time candidates were surprised when the ballots arrived in the mail a little earlier than anticipated. On Maui, several voting groups complained about the lack of voter service centers other than Wailuku. (Only 697 walked in to vote during the two weeks prior to the election and on Primary Election Day.) The polls closed at 7 p.m.—an hour later than usual—and the television stations showed folks in Honolulu running to cast their ballots, with a few missing the 7 p.m. deadline but their ballots were placed in a plastic bag, leaving the TV anchors to believe they were to be counted…only to have State Chief Election Officer Scott Nago state that those would not be counted.

When the first report was issued after the last persons voted on Molokai, it was unclear what percentage of the ballots cast were represented in the first report. Posts on social media criticized the television reporters for not asking Nago that precise question. Honolulu Mayoral candidate Colleen Hanabusa (who was third in the polls) even guessed there were some 80,000 uncounted votes. But in the end, the subsequent reports would not significantly change the first report; the second report would include a portion of the walk-in votes; while the third and final reports would include the final collected mailed or dropped votes that first had to have their signatures verified.

“Hawai‘i’s first Vote By Mail Primary Election went relatively well in the sense that for a first run with this process, we saw a nice increase in voter participation and 99% of the participation was conducted by mail, with 1% conducted in person at a Voter Service Center. All voters and voters-to-be, should be proud to exercise their right to vote,” said Maui County Clerk Kathy Kaohu. “Throughout the process I’ve been noting observations that could be looked at or amended for November’s General Election, and are unique to Maui County’s three-island demographic. Continuing with outreach and voter education will be something we will stress between now and the General. Please voters, remember to read and sign the affirmation box on the outside of the postage-paid return mail envelope. Not comfortable mailing the envelope back? then simply place into a larger envelope and mail back to us, or hand-deliver to the Clerk’s office, Voter Service Center, or ‘Place of Deposit’ also referred to as a ‘Ballot Drop Box.’ When in doubt, call our office at (808) 270-7749.” 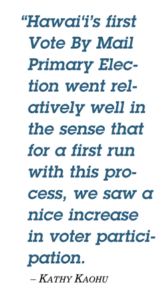 Despite the White House’s remarks over the last few months that an all-mail election was problematic, Hawai‘i became the fifth state (along with Colorado, Oregon, Washington, and Utah) to vote by mail. While the final bill that became law as Act 136 on June 25, 2019 was authored by House Speaker Scott Saiki, many versions of the bill had been passed by the Senate Judiciary Committee then chaired by Senator Gil Keith-Agaran only to not have funding by the money committees (House Finance and Senate Ways & Means). A pilot project for Kaua‘i elections only in 2020 was eventually approved in 2018 until the Legislature decided last year to require all-mail voting throughout the State. Sen. Keith-Agaran sat on the conference committee that approved the final language for Act 136.

“Having vote by mail in place for this election is probably one of the only happy coincidences during this pandemic,” Keith-Agaran said. “Since passing no excuse absentee mail voting and then permanent absentee mail voting, more and more people were taking advantage of the convenience of voting early.”

“It has worked much better than I expected it to,” said Senator Karl Rhoads, who shepherded the law through the Senate. As for changes to the elections by mail law, “I think we should consider a hard deadline where if it’s postmarked by a certain date it counts.” His counterpart, House Judiciary chair Chris Lee said, “We not only broke Hawai‘i records but no other state has seen this kind of increase in voters even when moving to voting by mail. It’s incredible.” Lee thought there could be a few tweaks to the existing law. “I’d like to add a few more drop boxes in more communities next election.”

Will the Presidential politics spill over into the state races—the Trump-Pence Republicans versus the Biden-Harris Democrats? Or will local non-partisan Council races featuring Maui ‘Ohana backed candidates dominate? We will find out in less than three months. Vote and stay tuned. 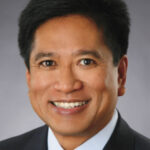 Alfredo G. Evangelista is a graduate of Maui High School (1976), the University of Southern California (1980) where he majored in Political Science, and the University of California at Los Angeles School of Law (1983). He is a sole practitioner at Law Offices of Alfredo Evangelista, A Limited Liability Law Company, concentrating in estate planning, business start-up and consultation, nonprofit corporations, and litigation. He has been practicing law for 36 years (since 1983) and returned home in 2010 to be with his family and to marry his high school sweetheart, the former Basilia Tumacder Idica.