Having A Super Parent

When most people think of marriage, they think of everlasting love and affection between partners. However, this is not true for everyone. According to a National Survey of Family Growth representatives, it is estimated that “the lifelong probability of a marriage ending in divorce is 40%–50%.” But divorce doesn’t mean an end. Many relationships choose to seek other partners longing for a second chance. However, second marriages can be a controversial and sensitive topic. It can be an impacting change to most children knowing they will have a stepparent. But that’s not the case for everyone. Many individuals who were once married choose to remain single for many possible reasons—some including choosing to prioritize family over a new relationship. 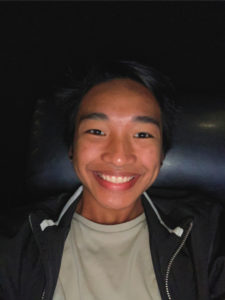 Sophomore Norlito Ranchez is one of the many students around the world who live with one parent. He says, “I’m only with my mother now since my father passed away last year. At first, it was a struggle because I had a close bond with my father since he always knew what was best for his family. He became my role model for fighting hard because that’s what my father was doing, fighting against a disease that had no cure at all. Now growing up without him, the knowledge, skills, and morals, my father passed down helped my family to continue his legacy by making our own.” Living with only one parent can truly impact the way a child grows up. “Yes, it has impacted me because after losing my father, I have all this free time. I always had to take care of my ill father but now without him, I get this chance to learn that determination, dedication, self-discipline, and effort for what you do goes a long way. His story gave me the motivation to use my knowledge and talents I used to the best of my ability to help not just my father anymore but also those in need,” Norlito explains. When asked about second marriages, he says that he doesn’t mind second marriages because “it shows that a person has been through it. If they are strong enough and believe that they are ready, they have what it takes to do it again for a change.” The process of adapting to a new family can be difficult and challenging. Norlito advises that “There is a better tomorrow. Take that chance to be grateful that you wake up living another day. Your life depends on the choices you make. You can either move on from it and take that chance to be a powerful individual or have nothing. You need to always to look around. That one parent you have now shows you are not alone. Spend memorable times with that parent or even with other loved ones. Something is waiting for you to be legendary even if you’re facing a few adversities.” 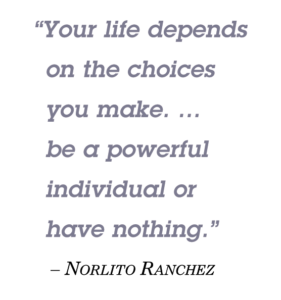 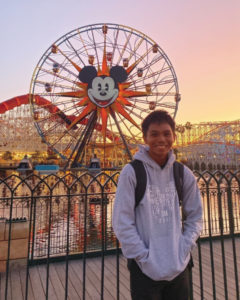 High School Junior Rodel Domingo also grew up with one parent. Unlike Norlito, he says that growing up with only one parent “barely impacted my childhood.” I was pretty happy as a child and I didn’t notice that I only had one parent. My parents’ divorce happened when I was really young so I don’t have any memory of them being together and thankfully, I didn’t get any trauma from their divorce. However, I didn’t get to experience my father being there for my family or making me happy. My mother has been the most significant source of my happiness when I was younger.” He explains that living with one parent isn’t so bad at all. Rodel says “Some people may say that life with only one parent may seem difficult. My mother has played both the mother and father roles really well to the point I didn’t notice I only had one parent. However, I did notice at a young age that some of my friends had both of their parents but I didn’t care. All I need is my mother to be right by my side.” When asked about plans for marriage in the future, he said “Yes, I plan to get married in the future because why not? You only live once and I want to make sure I get to experience it with the person I fall in love with in the future.” But he also says that he’s all for second marriages because “As long if you’re happy with how the relationship is going, go for it! Make yourself happy but make sure to avoid mistakes from your previous marriage.” 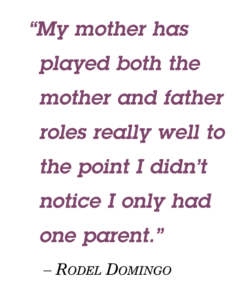 A divorce or a sudden separation in relationships doesn’t mean it’s the end. For some, it’s a chance to be a Super Parent. Love isn’t merely just about relationships; it can also symbolize the affection and care we have for family, friends, and people around the world. 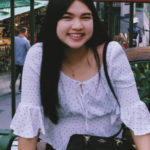 Google® Is Not Everything … is a monthly column authored by high school students. The title of the column emphasizes that education is more than just googling a topic. Google® is a registered trademark. This month’s guest columnist is Romelyn Joy Tabangcura, a senior at Maui High School. She is the current president of Maui High HOSA-Future Health Professionals and has competed in the Human Growth and Development and placed top 10 at the International Leadership Conference. She is also a member of the National Honor Society, a prestigious organization of students who show scholarship, leadership, service and character. Romelyn aspires to be a Nurse Practitioner one day. She is the daughter of Romeo and Roselyn Tabangcura.