According to Agcolicol, the Barrio Fiesta was initiated by the Maui Filipino Community Council and first held on May 31, 1970 at the War Memorial grounds near the swimming pool. At that time, there was an influx of recent immigrants from the Philippines which caused many problems, especially in the schools. The initial purpose of the Barrio Fiesta was to share the Filipino culture with the rest of Maui County and to also instill a sense of pride in local Filipinos of the rich culture of their motherland. Today, the need to share the Filipino culture with all of Maui’s residents remains true as Maui’s Filipino community continues to grow by leaps and bounds.

The 53rd Annual Barrio Fiesta is being dedicated in memory of the late Agrifina “Aggie” Cabebe, the Chairperson of the first Barrio Fiesta in 1970. Cabebe, also known as the “Mother of Filipino Folk Dance on Maui,” passed away in December 2020. “Binhi at Ani is forever indebted to Mrs. Cabebe,” said Agcolicol. “Mrs. Cabebe was the first president of Binhi at Ani back in 1985 when it was incorporated. Her contributions to Binhi at Ani and Maui’s Filipino community will never be matched and it’s fitting Binhi at Ani dedicates this Barrio Fiesta–the first live one in two years–in her memory.” Cabebe’s family will be in attendance throughout the Barrio Fiesta.

The Outstanding Housekeepers Awards—recognizing outstanding housekeepers of Filipino ancestry from several Maui hotels—will be presented on Saturday at 8 p.m.

Several contests with large prizes are scheduled. (Flyers and more details on the contests can be found on Facebook: @BinhiatAniFilipinoCommunityCenter.)

AnyKine Sisig Challenge sponsored by Tante’s Island Cuisine. Saturday at 3:30 p.m. A maximum of five contestants will have thirty minutes to cook a Sisig dish. Contestants will be judged on presentation/style; taste; uniqueness; and overall, with the winner receiving $500. The deadline to pre-register is May 21.

The Barrio Fiesta Voice sponsored by Law Offices of Alfredo Evangelista, A Limited Liability Law Company. Friday at 8:30 p.m. A maximum of ten contestants will compete to be the 2022 Barrio Fiesta Voice. Each contestant will have up to 3.5 minutes to perform and must use their own phone to play the music. Contestants will be graded on vocal quality, stage presence and audience response. The winner will receive $500. 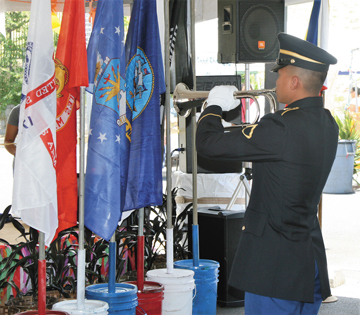 Climb the Greased Pole Contest sponsored by Residential Care of Maui. Saturday at 1 p.m. Limited to ages 7 to 13. The winner will receive $500 while other participants will share in the community pot.

Do the Sungka! sponsored by Johnstone Supply of Maui. Saturday at 10:30 a.m. There will be several preliminary rounds based on time, i.e., the one with the most marbles/pebbles/stones at the end of the time limit will proceed to the next round. The final winner will receive $500.

Sabado Art Foundation Keiki Art Party sponsored by Friends of Yuki Lei Sugimura. Saturday at 2 p.m. Limited to ages 7 to 13. The theme will be announced at the onset of the art party. The winner will receive $500.

There will also be Pabitin at the Barrio Fiesta! sponsored by Friends of Kaiali‘i Kahele. There will be four pulls of the Pabitin from which will be hanging an assortment of prizes: Friday at 6 p.m., Friday at 7:30 p.m., Saturday at 10:30 a.m., and Saturday at 3 p.m.

Plus FREE food boxes from Maui Food Bank for 65 years and older on Saturday, beginning at 10 a.m. until supplies last. Maui High School HOSA club members will be assisting in the distribution (and volunteering throughout the Barrio Fiesta). One box per person, must present ID to verify age.

“We’re very pleased to continue with the preservation of our Filipino culture by annually having the Barrio Fiesta,” said Nora Cabanilla-Takushi, this year’s Chairperson. “The Barrio Fiesta is the longest running Filipino fiesta in the United States and we are proud to have it here on Maui. There is definitely something for everyone. And it’s a terrific way to continue to share our culture with all of Maui and to be with old and new friends.”

The 53rd Annual Barrio Fiesta is funded in part by the County of Maui Mayor’s Office, Office of Economic Development. Other major sponsors include Bayer Crop Science Hawai‘i, World Remit, US Renal Care, McDonalds of Kahului, Friends of Elle Cochran, Friends of Richard Bissen and Friends of Michael Molina. Media partners include The Fil-Am Voice and KPMW.
#barriofiestamaui 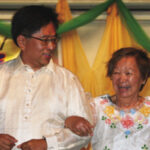 Alfredo G. Evangelista is a graduate of Maui High School (1976), the University of Southern California (1980), and the University of California at Los Angeles School of Law (1983). He is a sole practitioner at Law Offices of Alfredo Evangelista, A Limited Liability Law Company, concentrating in estate planning, business start-up and consultation, nonprofit corporations, and litigation. He has been practicing law for 38 years (since 1983) and returned home in 2010 to be with his family and to marry his high school sweetheart, the former Basilia Tumacder Idica.

Evangelista is Co-Chairperson of the Barrio Fiesta committee and a former Filipino folk-dance student of Aggie Cabebe.