Nora Cabanilla Takushi, the current president of Binhi at Ani, which sponsors the annual Barrio Fiesta, is a woman who serves her family well, her church with love, and her community with such dedication and enthusiasm.

Nora was born on December 1, to Florencio and Pacita Cabanilla of Alcala Pangasinan, Philippines. As a little girl in the Philippines, she always had someone to play with and be in company of all her kakabsat (siblings) and cousins. Nora’s parents owned fields of rice, peanuts, and corn. The workers would harvest and spread them out to dry. Nora and her kakabsat would help by shooing the birds away. Nora reminisces her earlier years in the Philippines, a simple life, playing in the rice fields, riding bike with her cousins, swimming in the river and telling stories with her family. “I remember when my Inang, my Mother, told us that we were moving to Maui, Hawai‘i. I was joyful to know that we were going to be reunited with my older siblings and our Amang, our Dad. At the same time I wasn’t sure of this new place called Maui. It was my very first time traveling and riding an airplane. I was not afraid as I would be with my Inang, brothers, and sister. The thought of reuniting with our Amang and other siblings, was the exciting part of it all. This was the beginning of my journey.”

“From the airplane window, I saw the island surrounded by water and lots of tall buildings. We spent the night at my cousin Arthur Cabanilla’s home. The next morning we rode a smaller plane to Maui. I remember seeing large areas of green fields, which was the sugar cane and pineapple fields. I thought I was back in the Philippines. The farther we drove, there was more sugar cane fields. That evening, we had a welcome party. Back then, new arrivals were introduced to the community. It was a big deal. There were so many families there to welcome us like the Sambrano, Encarnacion, Tabios, Badua, Pagador, Santella, Maquedang, Baraoidan, Tadeo, Asuncion, Cabreros, Gomez, Villanueva, Simpliciano, Cabingas, Jacinto families and many, many more.”

Their family was complete and several years later, her sister Leilani was born.

Ludy, Florentino and Nora attended King Kamehameha Elementary School. Nora’s second grade teacher was Mrs. Murata, who asked Nora to introduce herself. “I stood up and did as she asked. The kids started laughing at me because of my Filipino accent and broken English. I hung my head with embarrassment.” Mrs. Murata walked over to me and gave me a big hug and said to me, “That is the proper way to introduce yourself. You did a good job, Nora.” Mrs. Murata became Nora’s inspiration to become a Teacher.

In 1977, Mr. Virgilio Agcolicol and the late Mr. Reynante Tagorda spoke with Nora’s parents about Nora participating in the Miss Barrio Fiesta Pageant. This was Nora’s first encounter with the Barrio Fiesta. “I remember the different Bahay Kubos made out of [bamboos] that the unit organizations built. It took about two weeks to build. I was crowned Miss Barrio Fiesta Queen and one of the grand prizes was two round trip tickets to Disneyland, California; another gateway to much more opportunities. I fell in love with California and the big city. After graduating from Lahainaluna High School, I moved to California where I attended Los Angeles City College and California State University and earned my degree in Early Childhood Development. I worked five years at the Assistance League Daycare/Kindergarten.”

After living in California for over eight years, Nora returned home. She worked at Kapalua Preschool, Princess N&#257;hi‘ena‘ena Elementary and is currently at Lahaina Intermediate. Nora resides in Lahaina with her husband Craig Takushi, along with their children, Kekoa (Momi), Nichole (Christopher), and Kristina (Paulo) and their 5 grandchildren, Lolani, Aiden, Luke, Aubree, Austin, with another blessing on the way. “My children and grandchildren are my greatest achievements. In 2003, my daughter Nichole was also crowned Miss Barrio Fiesta under the leadership of Mr. Fred Dagdag. In addition, my daughter Kristina was also crowned as Miss Flores De Mayo. The following year, 2004, Attorney Don Guzman, UFCH President encouraged my daughter Nichole to compete in the Miss Teen Hawai‘i Filipina. She won the title. The grand prize was two round trip tickets to the Philippines. My family was so excited that we prepared for a family reunion in the Philippines after thirty six years since I left there. My girls and I were privileged to visit my elementary school and distribute school supplies. We also distributed more supplies to the neighboring schools in Alcala, Pangasinan. We had fun riding the carabao.”

Nora further pursued her involvement in the Maui Filipino Community Council and served as Secretary, Treasurer, and a member of the Board of Directors. She has been involved with the Binhi at Ani for over ten years. Through her leadership and dedication as president of Binhi at Ani, this year’s Barrio Fiesta will return to its cultural roots, with the hope of sharing the rich Filipino culture with Maui’s residents and visitors. Through it all, Nora remains humble and grounded in her family, community, and church.

“My journey from the Philippines has blessed me and my entire family tremendously. I am humbled and most appreciative. My gratitude of being involved with my community and Filipino heritage is my sincere appreciation.”

Lucy Peros is a retired school teacher, having taught for 32 years, 11 years at St. Anthony Grade School and 21 years at Waihe‘e Elementary School. Both of her parents, Elpidio and Alejandra Cabalo of H&#257;li‘imaile, worked for Maui Land and Pine Company. Her dad was a 1946 Sakada. Lucy is currently a Realtor Associate at Peros Realty, the business her late husband Sylvester Peros, Jr. started 30 years ago, where her daughter Lianne Peros-Busch is now the Broker. Lucy devotes a significant amount of time to activities at Christ The King Catholic Church as well as babysitting her grandchildren. 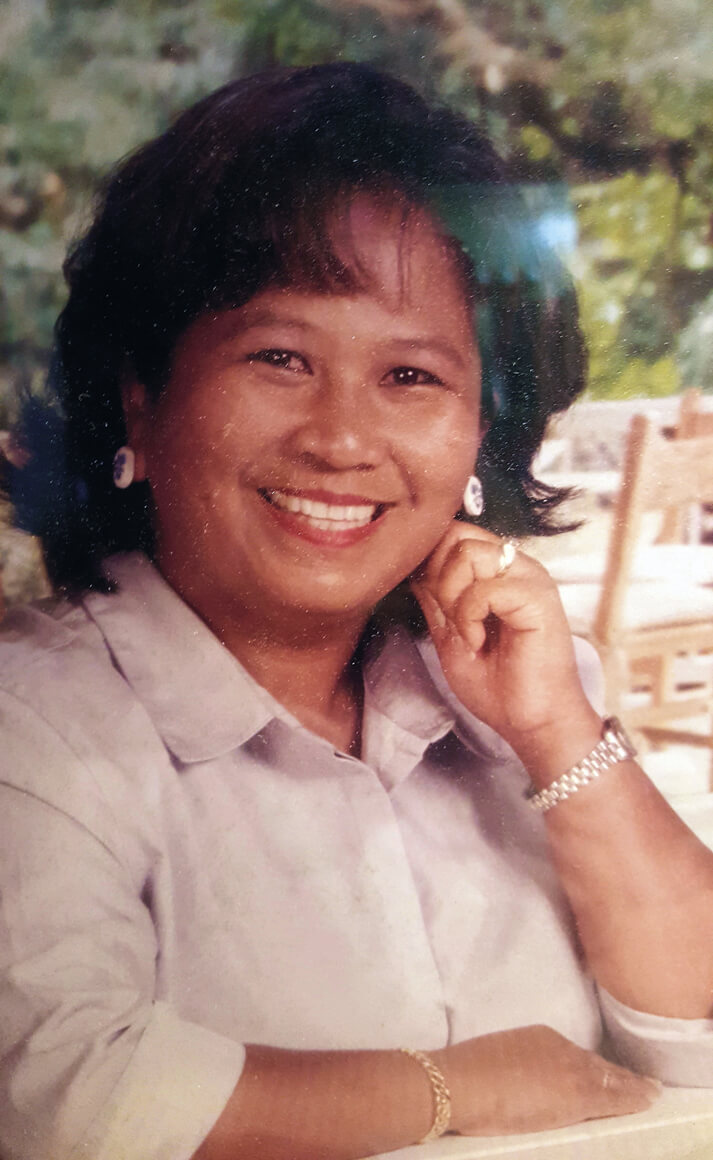 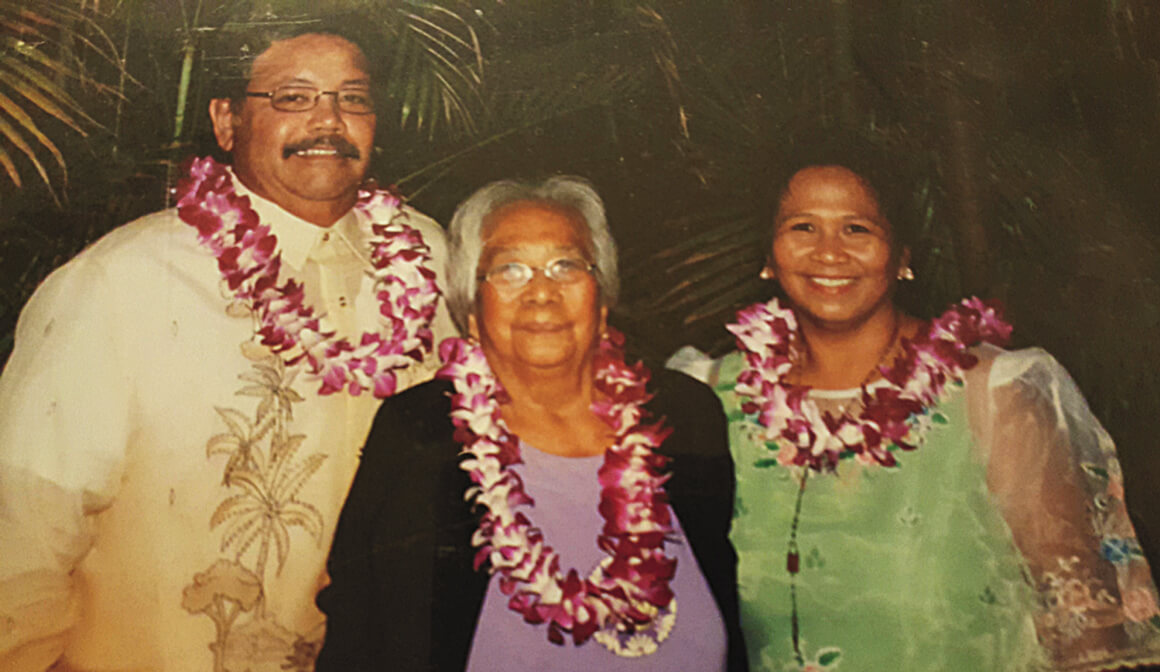 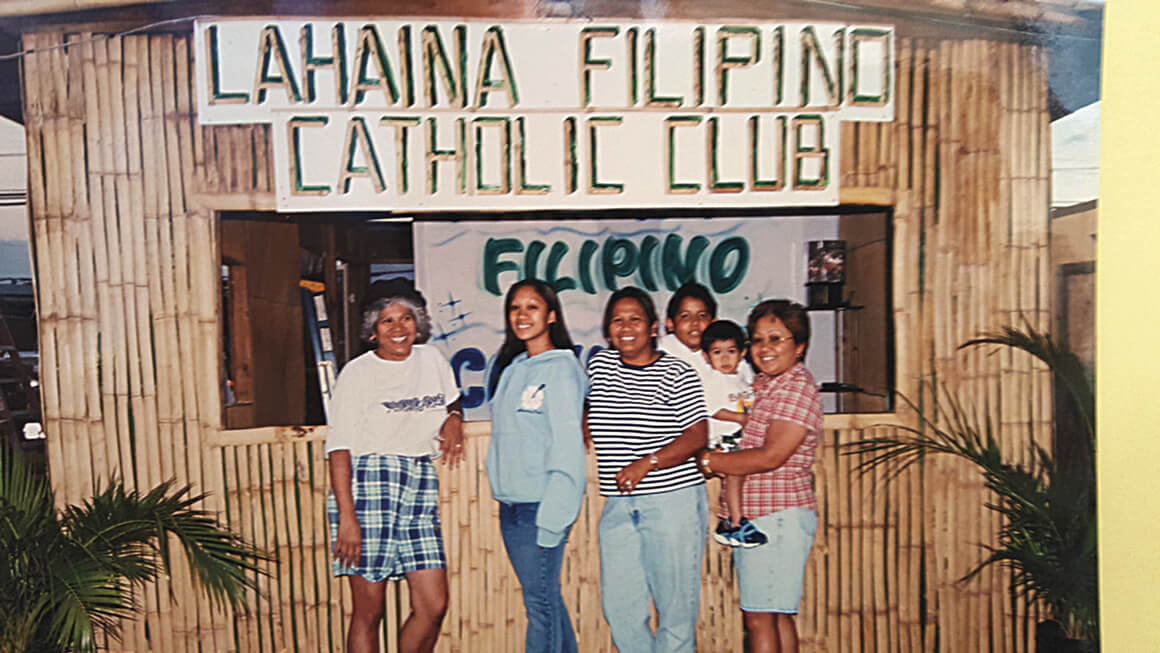 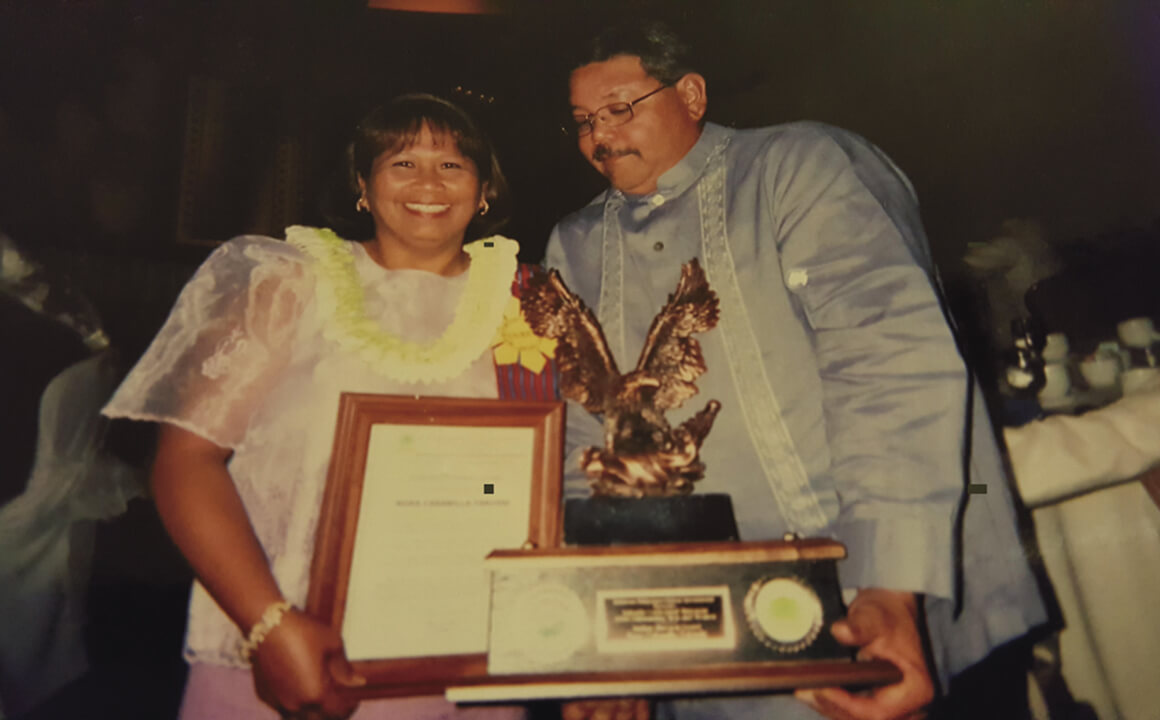 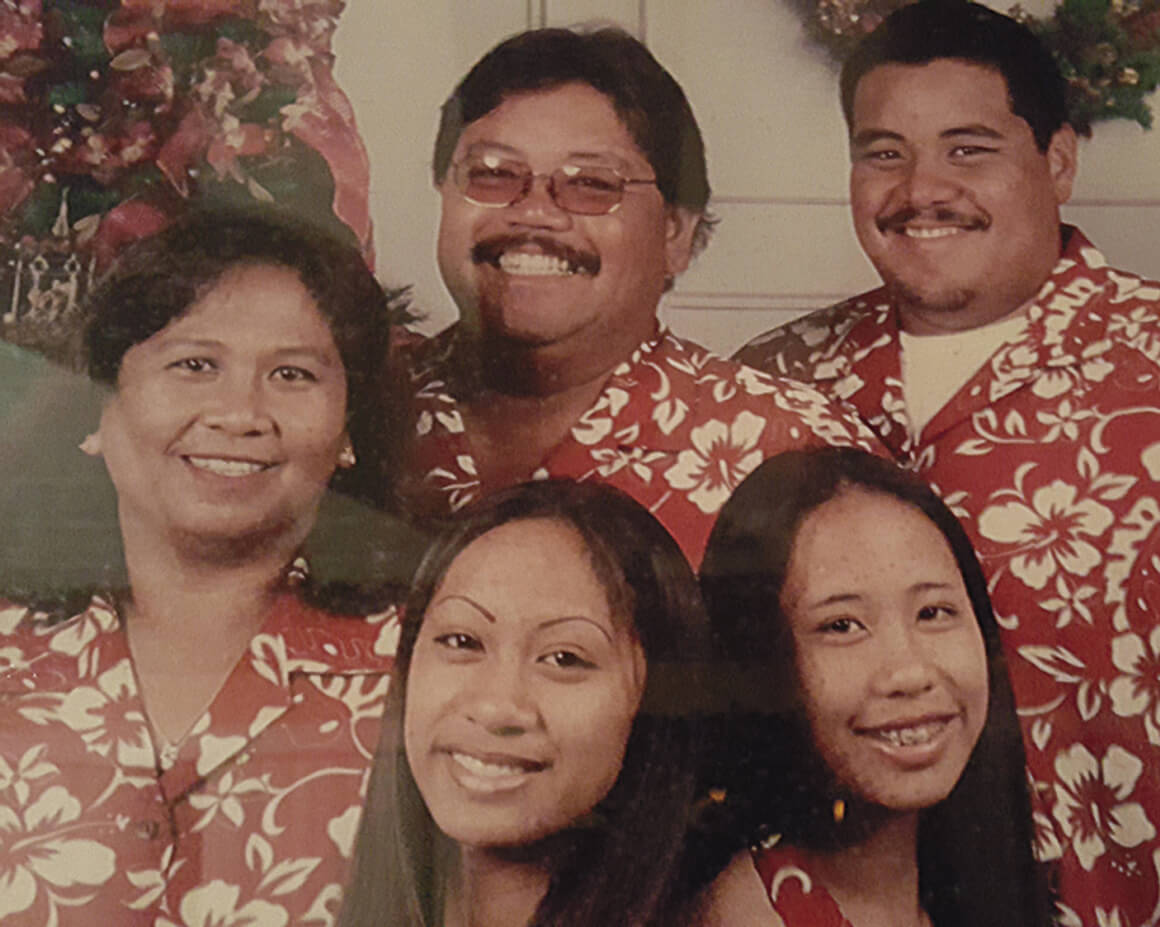 Craig and Nora with their three children—Kekoa, Nichole, and Kristina