What school you wen’ go?

It’s a common way in local circles to get a sense of someone’s background.

On Maui, whether you went to Lahainaluna, St. Anthony, Baldwin or Maui High was important shorthand for a person’s character—it told you whether they lived on the West Side, or in town, or upcountry, or were Catholic or Filipino or Portuguese. I don’t know what additional information gets conveyed now with King Kekaulike, Kamehameha (Pukalani), Seabury Hall, Kīhei Charter and West Maui Prep also in the mix.

With that in mind, one of the more controversial legislative ideas this year was a proposal to rename McKinley High School. Noting President McKinley’s role in the annexation of Hawai‘i, a House resolution suggested returning to its pre-1907 name of Honolulu High School (it was founded as Fort Street English Day School in 1865).

McKinley, by the way, also presided over the takeover of the Philippines and Puerto Rico as invaded spoils of the Spanish-American War.

The idea attracted the support of the Hawai‘i State Teachers Association and others. But the current Principal, some teachers and other McKinley staff disagreed. Many Tiger alumni also opposed the resolution for various expected reasons. Passionate recitations of pride and memories of their time in school. Invoking the names of various noted local graduates (for example, Governor George Ariyoshi, Reverend Abraham Akaka, Illinois U.S. Senator Tammy Duckworth, Gladys Kamakakuokalani Brandt, U.S. Senator Hiram Fong, U.S. Senator Daniel Inouye, Duke Kahanamoku, Satoru Abe, among others). Arguing the namesake of the school doesn’t detract from the education and values learned in its halls and classrooms and there are better ways to teach about the role of McKinley in Hawai‘i’s post-overthrow history.

I could have told the introducers that would happen.

I introduced a similar proposal when I first got into the legislature, suggesting we consider renaming the school after the first President born in Hawai‘i, Barack Obama. I actually suggested either Noelani Elementary which he attended or McKinley because of the annexation.

So, I heard from a lot of impassioned McKinley partisans and learned more about McKinley High lore and history than I would have ever imagined. One alum asked me how I would feel if there was a proposal to rename Baldwin High. As a proud Saber, I was tempted to email back I was down with that. But I know I wouldn’t have heard the end of it from my high school classmates whose children ended at our crosstown rivals.

Yale renamed one of our residential dorms a few years ago, changing its name from noted Lost Cause defender John C. Calhoun to pioneering computer scientist and mathematician Grace Murray Hopper.

Debates about the legacies behind names are not new. The University of Hawai‘i has rebranded a number of its buildings as well.

For some reason, I used to say my law school was named after one of the first women lawyers in California. Actually, she made a donation to U.C. Berkeley and asked them to name a building after her husband. Turns out he was a major proponent of Chinese Exclusion proposals. So now my vocational school is Berkeley Law School, better branded to compete with its public Ivy peers, Michigan Law School and Virginia Law School.

So, the House Education Committee did hear the McKinley resolution. But of course, in the end, it was deferred. 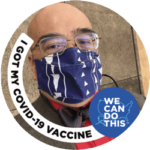 Gilbert S.C. Keith-Agaran received a diploma from Maui High School (the new campus which celebrates its 50th anniversary in 2022).