It behooves us as a Filipino collective to recall our core Filipino values.

I was thinking of the 2011 notice BAYAN USA Southern California (sc@bayanusa.org) and its member organizations—Sisters of GABRIELA Awaken (SiGAw), Anakbayan Los Angeles, Anakbayan San Diego, and Habi Arts. They were standing in solidarity with students, staff, and community members struggling against pervasive racism and xenophobia taking place on the campus of UCLA. This had me fast forward to June 2020, when it was announced UCLA Pilipino American alumni were pairing ethnic studies and social welfare for Black lives. In 2011, Pilipino students were reacting to appalling bigoted videos and other media being posted about hordes of Asians at UCLA. In 2020, as these now alumni continue to stand firm against racism, it is apparent they are recalling their own student struggles with the current Black Lives Matter social and political movement currently sweeping our country. In 2011, bigoted media posts which later went viral led to indignation and protests over the racial slurs voiced along with the proliferation of what were then identified as blatantly and disparaging racist, sexist and denigrating remarks against Pilipino and other Asian students on campus. It is comforting to know Pilipino students, now alumni, are speaking out in solidarity with Black Americans whose long-time struggles are now being brought to the fore.

What was protested in 2011 is now being protested in 2020. It struck me there are certain core values that we as Filipinos and Kababayan rely on so as to overcome any feelings of shame and inferiority. I’m sure these feelings were present on the UCLA campus in 2011 and are now being recalled in 2020 especially in light of the Black Lives Matter protests now taking place all over our country and even here in Hawai’i. I would like to discuss these Filipino Core Values (they are also social values) as I understand them and integrate them with the movement called Black Lives Matter. 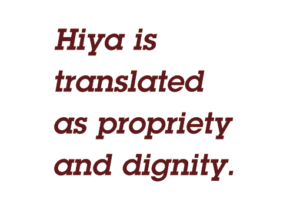 The first value that comes to mind is Hiya translated as propriety and dignity. These alumni see the dignity of every person being assaulted when racism leads to discrimination and unequal treatment. The second value is Pakikisama translated as companionship and esteem. In the Black Lives Matter movement, I see the inability of others to feel whole or whose self-esteem is peeled away because their basic human rights are denied them. Pilipino Alumni at UCLA being concerned for their Black brothers and sisters leads to the third value of Utang na Loob translated as gratitude and solidarity. What happened on campus in 2011 is now being recalled in light of the progress made as a result of the protests and the campus-wide changes put into place benefitting all students. What I see now is gratitude for that progress and solidarity with Black students who are looking for similar progress. 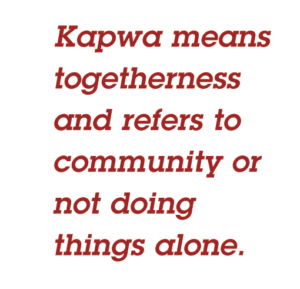 What I think of next and some consider this more to the core and heart of the Filipino, is Kapwa. It means togetherness and refers to community or not doing things alone. Growing up Filipino, I learned I never did things alone; never was by myself and there were others close to me—a family and a community—to which I could go to, to feel I belonged and to which I could find solace, happiness and peace. Now, with Kapwa, these Pilipino alumni are offering community to those who are currently deeply troubled and perhaps feeling alone. Now, the next two values are new to me. They are considered as branches of Kapwa. They are Ibang Tao or other people and Hindi Ibang Tao or not other people. Here, I ask a question which I’m sure is being asked by these alumni too: Are those in the Black Lives Matter protests and movement people? Are they like me? These questions leads to what some Filipino academics consider the pivotal value from which all other Filipino values take their definition and this is Pakikiramdam, considered a shared inner perception or feeling for another and the importance of interpersonal relationships. In 2020, these UCLA Pilipino alumni are expressing their innermost feelings for their Black brothers and sisters.

And so, Kababayan, we too have the same feeling for another, for many others, who in the face of the bigotry and power and control and racism of many who lack the understanding, awareness and acceptance of what is the reality of equal treatment and opportunity equality under the law. Unfortunately, I think this will be an ongoing challenge for all of us, culturally as well as a civic society under a democratic government. Let us take our cues though from these courageous and somewhat prophetic Kababayan alumni, who show us the way, through our endearing Filipino values. The larger picture of these values, is that they help us daily in the way we live, even with Black Lives Matter and in how we learn from and relate to each other, how we live in and build community, and how we work with and for each other. 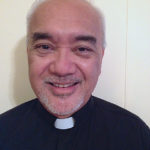 John A. Hau‘oli Tomoso† is a Priest in the Episcopal Diocese of Hawai‘i and a retired Social Worker, with 42 years of licensed practice. Born and raised on Maui, he lives in Kahului with his wife Susan D. Tomoso, who is a retired Educator with 30 years of teaching experience.