Poof! And just like that, September is gone. Where did it go? These next few months will pass by so fast the next thing you know it’s the new year. October is supposed to be the month for the Maui Fair but due to the global pandemic, it’s been canceled two years in a row. When are we going back to normal? What else is stored for the month of October? Halloween! My favorite part about Halloween is dressing up and seeing what others—friends, family and co-workers—come up with unique costumes themselves. Buying a costume is great but making it from your own creativity is double great. Have you ever made your own costume? The Halloween event in Lahaina might not happen this year but we can still dress up and have fun. Don’t forget to take a picture of it and share it on your social media so others can see. Let’s spend time with the kids while we can. They grow up so fast and time flies by; next thing you know, they are off to college. 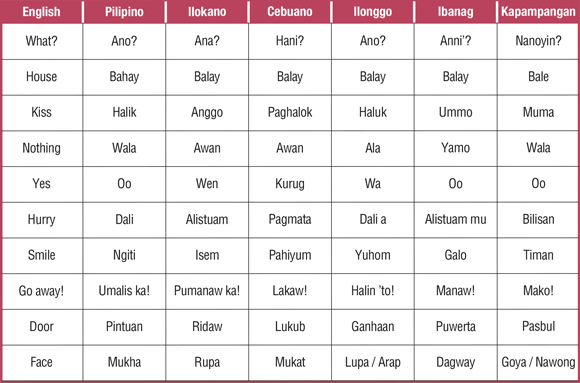 As he passes Katherine, she gives him the matamis (sweetest) ngisi (smile). “Naimbag nga aldaw mo! (Good morning!) “Go get ’um boss,” she says. He yuhom (smiles) back and enters the conference room for the briefing.

As he closes the ganhaan (door), his Chief says “Maayong buntag, (Good morning) Ray, here is the new file.” On the table is a picture of Angel and the deceased cop with a manila folder tabbed WANTED.

He freezes. He doesn’t know ano (what) to do.

“Ray … ” the chief says as he stands there speechless.

“Ray, did you hear me?” the chief says as he waves his hand past his nawong (face).

“Uh, uh, wen (yes) sir. Sorry, I just realized I might have forgotten to lock the house puwerta (door). I need to go check on it.” Ray picks up the folder and hurriedly scoots out of the room.

He walks pass Katherine and she looks at him for a split second and stands up immediately to follow him.

He does not slow down.

“Ray … ” she says as she raises her voice and begins to walk faster.

He makes a turn towards the hallway that leads to his office at the end.

She jogs to him and clasps his arm. He stops while breathing heavily.

He looks at her and nods towards his office.

They enter and lock the pintuan (door) behind them.

Meanwhile, rolling on the ground, the struggle quickly changes as Angel turns around. Michael lays on top of her with their mukha (faces) fronting each other.

Moving his gaze down to her labi (lips), he gives her a halik (kiss).

Michael passionately kisses Angel and she kisses him back.

Michael ignores the phone buzzing in his pocket and continues kissing Angel.

Angel pulls her head back and says, “Someone’s calling Michael.”

He just ignores hani (what) she says and continues kissing. The phone continues to buzz.

Michael with a big annoyed sigh, pushes up from the floor and rolls over. He tries to reach for his phone in his pocket and struggles to eject the phone from his left side pant sleeve. “Grrr,” he grunts. “Why did I have to buy such a big phone,” sarcastically murmuring.

The phone continues to buzz.

He can’t take out the phone so he slowly sits up and then stands up.

Angel sits up and goes to the restroom while Michael paces back and forth.

“How long?” Michael murmurs while Angel gathers the rest of Michael’s things from the restroom into a bag.

“How much is that?” Michael continues and glances over to Angel and then exits the room.

“Why does this man have so many facial products?” Angel giggles as she loads the last of the items into the bag.

Finally sitting down on the bed, she sees herself in the mirror.

“When do I see my parents again? Oh, how I would love to just tell them everything and go home,” as she begins to tear up.

“But if I can make it here, I can help my family so many times over. Kurug (Yes). I need to make it here.” Angel looks at herself with more conviction. “Oo, (Yes), no matter ana (what).”

Michael walks into the room and says “Ok, let’s bilisan (hurry) and get out of here.”

“Where are we going?” Angel asks.

I set up a balay (house) in the countryside that a friend owns. We should be safe there until we can figure out anni (what) to do. The bahay (house) is the only one in that area. The neighbor is far away.

Angel looks at him with an innocence that turns into compliance.

“I will follow you until I cannot follow you anymore. Please God let my heart be right this time,” Angel whispers.

“Ano (What)?” Michael irritatedly questions. “Hani (What) did you say?”

They load the last bag in the car and dash off to Kahakuloa. A man sits in a car snapping a few photos and steadily proceeds to follow them.

Keep an eye for the next issue. Please visit us on our Facebook page and leave us a comment or ideas at Facebook.com/FilAmVoiceMaui.