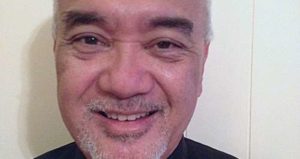 I hear folk, often enough, speak of a wedding, when they mean a marriage and of a marriage when they mean a wedding. What is the difference between a wedding and a marriage? So, a wedding is a collective name used for all the ceremonies and rituals that take place to give social and civic acceptance and status to the relationship between two people. Such ceremony and ritual can be brief and simple or somewhat lengthy and complex. Of course, cultural, social and religious norms can dictate what and how such a ceremony and ritual is performed. A marriage is the name of a lifelong, social and cultural institution, which starts after a wedding is performed. Thus, there is a difference between these two words yet they are inexorably connected by tradition, custom and intention.

With a wedding, ritual and ceremony creates a legal, and sometimes a religious, bond between two people; two individuals, who bring to each other all that they are, physically, with personality and meaning to somehow change each other so as to be liked, to be loved even more. Before the wedding, there is an attraction, a relationship but no binding commitment between the two. After the wedding, breaking off their relationship, with binding commitment can be expensive, time-consuming, and complicated. I personally know several couples who have decided not to wed but who have made a commitment to each other and feel and live together as if they were married. Yet the tradition of marriage endures while new understandings of what it means are being forged by folk, by couples who are sincere in their love for one another and how to express such love.

By custom, a marriage is thought of as everything; social, cultural, economic, spiritual, emotional even political, that follows a wedding. I’ve always been fascinated with the traditional phrase within the marriage vows, “for better or for worse.” This phrase has given rise to that bond, that binding commitment between the couple that defined or recognized in both civic and religious norms and expectations. This is where I believe folk start mixing up weddings for marriages, thinking that both can only be broken by divorce or death. The custom that marriage needs to start with or be accompanied by a wedding links both, inexorably, as “one for the other.” It is the intention of the couple to “stay married” no matter what happens or takes place between them.

So, the intentions that usher in either wedding or a marriage can, sometimes, be thought of as the same for each. I think that what folk do is to then assign the same intentions for both. This is a mistake because I believe there is only an intention or intentions for marriage but not for a wedding. This is where, I think, folk start mixing up a wedding for a marriage and a marriage for a wedding. As an old, rather ageless institution, marriage has every human expectation of and intention for love. We all want to express this love, to each other, and to the world; that our intention is to formally and publicly express it by marriage.

Kababayan, a marriage is then, in its best and binding state, a social, cultural and legal entity with the intention of formally expressing love; love all around us that start with two individuals who want to share it for themselves and others. When you understand the difference between a marriage and a wedding, I believe you can then properly align intention with tradition and custom. In intending to be married, some couples have a traditional wedding and understand that there are customs that come with it. But love, sincerely expressed in a public manner, is not bound by only certain intentions, traditions or customs. I’m sure you’ve heard of the phrase ”Love knows no bounds” which means that we have weddings and marriages to help us define love as we see and experience it in our lives. The next time you’re invited to a wedding, to witness a couple’s public and formal intention to love each other, know that it is about a marriage, an institution that we know and have defined and that we understand it, in love, for our own expressing of love. Each of us adds our own intention, satisfaction to this expression and then become inexorably connected to the couple. Perhaps then, a wedding becomes a marriage and both are seen as one in the same. Just know it’s about love and let the couple figure it out for themselves!
Have an idea or a comment or even a question, contact me at this email address: atingkabuhayan@gmail.com Until next time, take care!