Members of the Annak Ti San Nicolas, Maui Chapter celebrated the holidays at the residence of their Treasurer Edwin Caraang. 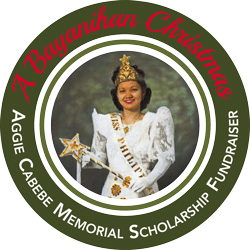 The Fundraiser raised enough funds to be able to award three $2,000 scholarships as part of Binhi at Ani’s Scholarship Program. The 2023 Fundraiser will be held on Wednesday, December 6 at Binhi at Ani Filipino Community Center.

Donations for the Scholarship are still being accepted. Checks payable to Binhi at Ani [Memo Aggie Cabebe Scholarship] can be mailed to the Center.

The program provides a Sunday lunch to Hale Mahaolu Residents in Central Maui (Hale Mahaolu Elua and Hale Mahaolu Akahi, which was added in October). As of December 31, a total of 11,842 meals were delivered. There is a need for additional teams of volunteers to prepare the free lunches.

Create a Team by signing up: https://forms.gle/cVUGB6XLmtJi7MVH8. Tax-deductible donations are accepted via Paypal or a Credit/Debit card https://binhiatani.org/donate/ or by mailing a check payable to Binhi at Ani, 780 Onehe‘e Avenue, Kahului, HI 96732 [Memo: Feeding Program].

Enhance®Fitness for Kupuna at Binhi at Ani Filipino Community Center classes are continuing. They are held on Monday, Wednesday and Friday from 7 a.m. to 10:30 a.m. Enhance®Fitness is a low-cost ongoing evidence-based group exercise and falls prevention program helping older adults at all levels of fitness to become more active, energized and empowered to sustain independent lives. For more information on Enhance®Fitness, contact Enhance®Fitness Coordinator Ginny Kiick (808) 280-6251 or gkiick@hotmail.com or Wellness Coordinator Claudettte Medeiros (808) 463-3166 or claudette.b.medeiros@co.maui.hi.us. 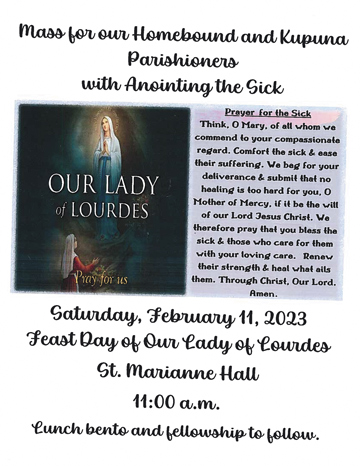 Maria Lanakila Filipino Catholic Club is preparing for the February 11, 2023 Mass for Homebound and Kupuna Parishioners with Anointing of the Sick at St. Marianne Hall at 11 a.m. Lunch bento and fellowship to follow.

Miss Maui Filipina Scholarship Pageant will be held on June 2, 2023 and the Pageant is recruiting contestants who must be a single Filipino woman (at least 25 percent Filipino ancestry) and between the ages of 18 and 27 by December 31, 2023. Contact Michelle Santos at (808) 264-071 for more information.

Madison Yu-Cua was awarded the Outstanding Youth Award. Yu-Cua is a senior at Lahainaluna HS with a grade point average of 4.4, currently ranking 1/236. She is active in student government and is the Senior Class President. Yu-Cua is also a member of the National Honor Society where she serves as Chapter President. She will be the Master of Ceremonies for the Lahainaluna HS Class of 2023 commencement exercises.

Gregory Torricer Peros was awarded the Outstanding Member Award. Peros’ roots are from Santo Domingo, in the Province of Ilocos Sur. His father was a Sakada who worked for H.C.&S. Peros graduated from Baldwin HS and enlisted in the U.S. Army. He returned home in 1968 and joined the Maui Police Department in 1976 and retired in 1999. In 1991, Peros was awarded both the Maui County Police Officer of the Year award and the State of Hawai‘i Police Officer of the Year award. Peros has served the Filipino community for over fifty years, and has held leadership positions in several organizations.

Erlinda Rosario was awarded the Distinguished Service Award. Rosario is a McDonald’s franchisee owner/operator of six restaurants on Maui (Kahului, Kahana, Lahaina, Pukalani, Dairy Road and Wal-Mart of Kahului). Her son Grelyn owns and operates three restaurants on the North Shore on O‘ahu. Rosario began her career with McDonald’s in 1970, newly arrived from the Province of Ilocos Sur, at the age of 18. She began as a crew member at Waiakamilo, rose to a store manager at Waipahu and in 1982 became the area supervisor of six Honolulu restaurants. In 1988, Rosario became a field consultant and worked with McDonald’s franchisees. Rosario became a franchise owner herself in 1990 with the Pukalani restaurant.

Philippine Nurses Association of Maui, Hawai‘i will be hosting the 21st PNAA Western Region Conference on April 20-23, 2023 at the Maui Beach Hotel. Themed “Lokahi (United): We Care,” the Conference will bring together twelve chapters of the Philippine Nurses Association of America’s Western Region and will showcase excellence in leadership, education, research and exemplary clinical practice. If you are interested in becoming a sponsor, advertiser, exhibitor and/or vendor (the deadline is February 20, 2023), please contact PNAMHi President Angelina Saiki at angelsaiki@aol.com or PNAMHi Executive Director Lucy Christine Porte at lucychristin@hotmail.com.