How do you feel now that the mask mandate is finally ending and air travel is no longer restricted by vaccination status? Freedom? Awkward? We don’t have to go back to our car or search in our purse for a mask because we forgot one. It is now up to businesses or places if they still have the mask policy for their customers or visitors. I got so used to it that it feels weird when I don’t wear one. So if you see me wearing one, don’t feel offended because I am still slowly weaning myself from what used to be part of our lives in the last two years. And besides, I still have a few boxes of masks so might as well use it rather than go to waste.

Shout out to our April birthday celebrants: my sister Daisy Butay-Hayen, my Auntie Norma Butay Aurelio, my goddaughter Kate Lopez and my friend Carmelita Montero Quemado. Happy, Happy birthday to you! Maligayang bati sa inyong kaarawan! Naimbag nga panagkasangay yo!
Now, where were we in our story? 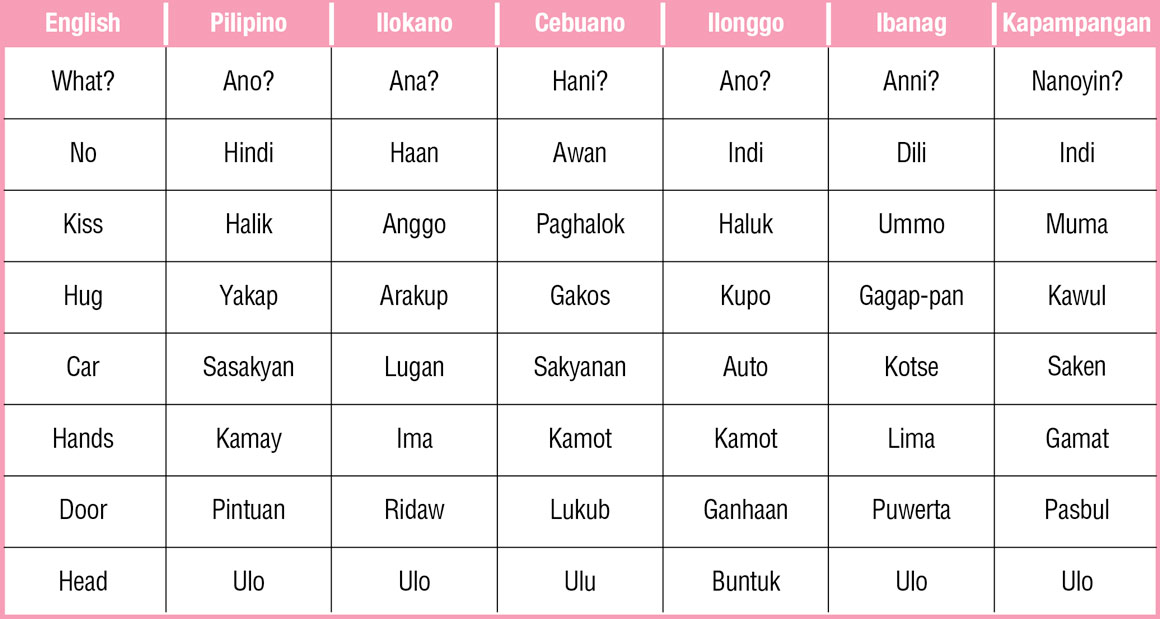 “How to start your saken (car) with a troubled starter”

He shines his light and begins to hit anni (what) he thinks is the starter.

He tries again but the kotse (car) still doesn’t start.

“How to check for a bad battery”

He searches the back seat and finds a small wrench to tighten the bolt.

Yes! As Michael jumps out of the lugan (car) and begins his TikTok dance the kotse (car) dies again.

“Battery is probably dead because it’s been sitting for so long.”

“Or it could be the alternator not charging.”

It had enough power to crank once, it’s a good thing.

“Ok. Let me keep trying,” Michael says to himself.

Michael turns the ignition again and the sasakyan (car) starts up. It idles for a few moments and dies again.

He tries again and again. Slowly the lugan (car) is running longer and longer. He tries to press the gas, and the sakyanan (car) runs lean but indeed running.

Silly! He says to himself.

He cuts a dirty water hose in the back of the kotse (car). He runs over to his auto (car) and siphons some gas. In the process, he gulps a small bit into his mouth and pukes it out as a few ounces transfers into the empty gas tank every time. After a few tries, he gets a good flow and nearly empties his saken (car).

That should be good enough, he thinks to himself.

Jumping back into the truck, he glances over at Angel, who is sleeping. In the moment, he reaches out to her but retracts his kamay (hand). While looking at her exhausted face. “I won’t let anything happen to you. I don’t know ana (what) is going on yet but I will find out. I don’t care ano (what) you did. All I care is that you are with me.”

As he shrieks trying not to wake her, he touches her ulo (head) and she relaxes a bit.

He turns the ignition and the lugan (car) holds.

“Yes,” as he shifts the sasakyan (car) into drive. The Hummer jerks a bit. “Hehe I haven’t driven this thing for so long,” brings back some memories.

He mindlessly drives upwards, desperately trying to find any evidence he is on the old path that is well overgrown with cane grass and weeds. But as he drives, he slowly remembers a dip, followed by a bump. Two drops and a hard left, scraping his tire on a boulder. “Yup, I remember that one.”

And just like an old video game he played so many times, he suddenly remembers exactly where he is. “We are about five minutes away.” As the vehicle loses traction and his rear wheel is stuck. “Dang, we are so close” but now I’m stuck. Mindlessly scavenging around to find as many sticks and stones he dumps everything in front of the sunken tire, just to have some sort of grip to climb himself out of.

His shoes are now soaking and heavy with mud. His pants have a lot of spikey weeds from all the nut grass. He works alone trying to get this rig out of the hole while his Angel is sleeping in the passenger seat. The truck moves a bit but slips. He uses the onboard winch to a nearby tree. With the winch and the all-wheel drive, he finally gets them out of the hole. While he fiddles, releasing the winch, he bumps his buntuk (head) and curses.

Stretching out his lima (hands), he remembers. He opens the grass and exposes the gate. An old gate. He swims through the dense grass and finds the center of the gate. The lock.

Another password! “Well at least I should be grateful it’s not an actual key because I for sure don’t have that. Ok. Nanoyin (What) could the four-digit code be?”

He tries his birthday, dili (no). He tries his Mom’s birthday? Indi (No). Could it be the zip code? Darn, Grrr, I sure would love to have a bolt cutter right now. Note to self buy a bolt cutter and bring it with you everywhere. Maybe people will think I’m crazy.

His gritty gamat (hands) trembling from his exhaustion. 8736. That is my phone number when I was young. As the lock unshackles, the gate creeks half open. The overbrush is preventing the gates from opening for the truck.

Michael begins to pull the grass. But his kamot (hands) slip and slide. He cannot pull out a single blade.

I have awan (no) power left. I need to wake her.

He opens the puwerta (door) with her pretending to sleep. He goes in to whisper in her ear to get up. She arakup (hugs) him and halik (kisses) his cheek.

Shocked about this, he collapses on her. She looks up at the silhouette of a cabin in the jungle under the illumination of the moon.
“Where are we?”

Anyways that’s all I have. Keep an eye out for my article every issue. I’m Dulce, helping you to master your Filipino Languages. Like always, let’s laugh, let’s makinig (listen) and Let’s Talk Pinoy! Hanggang sa muli! (Until next time!) Ingat! (Take care!)