The General Election on November 3 was a mixed bag but one thing was clear—all incumbents on Maui won as the challengers failed to convince the voters.

For the 2020 General Election, there were 5,095 more on the Voter Rolls. More in person voting also occurred as 4,567 cast their ballots at the one Voter Service Center on each of the County’s three populated islands: Velma McWayne Santos Community Center in Wailuku, Lana‘i Community Center, and Mitchell Pau‘ole Center in Kaunakakai. On the final day for voting, long lines marked the only polling place on Maui—Velma McWayne Santos Community Center. At noon, voters lined up on the sidewalk along Papohaku Park and at 3 p.m., the lines remained equally long. Most of the in person ballots were cast for Republican candidates or in the absence of GOP, for the Aloha Aina.

Long lines for in person voting on O‘ahu in Honolulu and Kapolei led to a delay of the first printout until about 11:30 p.m. Normally, the State Office of Elections releases the first printout a half hour after the polls close at 7 p.m. However, polls cannot close until anyone standing in line by 7 p.m. has completed voting. The Hawai‘i law allowing same day registration for new voters added to the processing time for many new in person voters.

Nationally, there was no consensus on who won the presidency until Saturday morning on November 7—four days after the polls closed as media networks considered the states of Arizona, Georgia, Nevada, and Pennsylvania too close to call. Initially, President Donald J. Trump led many of the so-called battleground states with a strong showing among ballots cast on Election Day. But as early in person votes and mail-in ballots were counted in Michigan, Wisconsin and Pennsylvania and ballots were counted in Democratic leaning precincts in Arizona, Georgia, and Nevada, former Vice President Joe Biden started to lead. As the week progressed, Biden was projected to win Michigan and Wisconsin by most media outlets, and Arizona by Fox and the Associated Press, moving him within one or two states of the 270 electoral votes needed. On Saturday, November 7th, most media outlets including the Associated Press, CNN and FOX added Pennsylvania and Nevada to Biden’s total and recognized him as President-Elect. As of press time, Trump had not yet conceded but instead promised additional legal actions (by Sunday, ten separate legal challenges were already rejected by the courts). The Electoral College will meet on December 14 to formally vote for the next President and Vice-President.

Central Maui State Senator Gil Keith-Agaran said, “I’m very happy we will have President Joe Biden and Vice-President Kamala Harris to call on for help and guidance on dealing with this pandemic and getting Hawai‘i’s people and businesses through the economic doldrums we are expecting. As Joe has been saying, he’ll be a President of all Americans and not just people who supported him. That change in tone alone is a great change.” In 2008, Keith-Agaran was a Hawai‘i Alternate Delegate while his wife Kallie Keith-Agaran was a Delegate for Barack Obama at the Democratic National Convention in Denver. The Hawai‘i delegation shared their hotel with the delegation from then-Vice-President nominee Joe Biden’s home state delegation of Delaware.

Senator Harris also makes history as the first woman and the first Asian and Black to serve as Vice President. “We are not perfect in the United States but over time there is a persistent pull towards a more inclusive society in which opportunity is truly equal,” observed Kahului (District 9) Rep. Justin Woodson. “We all felt that intransigent pull today as we elected our first woman, a woman of African and Asian descent to the second highest office of the land. God bless America.”

South Maui (District 11) Rep. Tina Wildberger noted, “I am so proud to witness America’s first woman, woman of color, woman of Asian descent, ascend and break the glass ceiling to the executive branch of our national government. Little girls everywhere see this image now and know they too can achieve any goal they hold in their hearts. Joe Biden gets credit for making this beautiful moment a reality. On January 20th our country can rejoin the Paris Climate Accord, rejoin the World Health Organization, restore Deferred Action for Child Arrivals status and end the long list of cruelties and crimes perpetrated by the biggest mistake that has been the 45th presidency.”

Locally, no legal actions were threatened; nor were any mandatory recounts required.

Also in the County of Maui, Democrat Kai Kahele received 42,135 votes (58.8%) to Republican Joe Akana’s 19,113 or 26.7% in his quest to become the U.S. Representative for the Second District (replacing Tulsi Gabbard who after winning a single delegate in her failed pursuit of the presidency decided not to run for re-election.) Kahele, a Hawai‘i Island state senator will need to resign before being sworn into Congress in January. The Governor will have the opportunity to appoint a replacement from a list determined by the Hawai‘i Island Democratic Party.

State Senator Gil Keith-Agaran, representing Senate District 5 (Central Maui)—the first and only state senator of Filipino ancestry from the island of Maui—easily won his re-election. Keith-Agaran received 13,888 votes or 60.1% to Christy Kajiwara-Gusman, a former Democrat who ran as a Republican who received only 6,679 votes or 28.9%. The third candidate, Rynette “Ipo” Keen from the newly-formed Aloha ‘Āina party received only 1,028 or 4.5% of the vote. (Interestingly, during the last weeks of the election, there were reports the Aloha Aina party was organized as an LLC instead of the usual political party status.) Keith-Agaran beat Kajiwara-Gusman in every precinct.

“I’m grateful to continue serving Central Maui—we face difficult times but I remain optimistic and confident that working together, we can make opportunities out of the serious challenges we face economically,” said Keith-Agaran. “Many thanks to my wife Kallie Keith-Agaran, my mom Lydia Coloma, my sister Vel, extended family and friends for their help and support in an unusual year for campaigning.” In the Senate, Keith-Agaran will remain as the Vice Chair of the powerful Ways and Means Committee and will continue to lead Senate negotiations on capital improvement projects and CIP grant-in-aids. He will also serve as Vice Chair of the Water & Land Committee and will sit on the Higher Education committee.

State Representative Justin Woodson, representing House District 9 (Kahului) also easily won his re-election. Woodson received 7,015 votes or 74.0% while his Aloha ‘Āina opponent Kahala Chrulpalyk received only 1,383 votes or 14.6%. Woodson prevailed in all precincts and unlike other Democrats also won the in person tallies. In the House, Woodson will chair the Education committee. 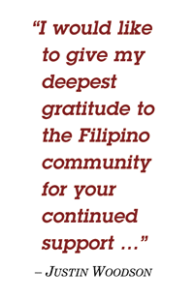 “I would like to give my deepest gratitude to the Filipino community for your continued support,” said Woodson. “I appreciate that you allow me to be a part of you and you will always be a part of me.”

In her first re-election, Representative Tina Wildberger, representing House District 11 (South Maui) also easily won with 7,650 votes (64%) over her Aloha ‘Āina opponent Howard Greenberg who received 2,668 votes or 22.3%. Wildberger won all the precincts but Greenberg collected most of the in person votes.

“I appreciate all of the South Maui voters who demonstrated their confidence in my commitment to serve them,” Wildberger said. “It’s time to get to work to undo all the harm done and to make up time lost to address sea level rise and the climate crisis.”

State Representative Lynn DeCoite, representing District 13 (Molokai) also easily won her re-election with 7,717 or 64% compared to her Aloha ‘Āina opponent Theresa Kapaku (1,999 votes or 16.6%) and her Republican opponent Robin Vanderpool (1,583 votes or 13.1%). DeCoite won all precincts and most of the in person ballots cast.

“I appreciate the vote of confidence to return to the table to represent the people of Maui County,” said Sugimura. “We need to bring back our economy for the many families who lost their jobs. We need to feed our children, keep them sheltered and happy! I hope the Governor will extend the eviction moratorium which ends on December 31st. Our economy is not ready to lift the veil.”

“I would like to commend all candidates, their families, supporters and volunteers for their hard work and dedication in the past election,” said Lee. “Maui County is fortunate to have such high-quality people seek public office. As we prepare for the new Council term in January 2021, please be assured that the eight returning members, along with one newly elected member will work together in a highly cooperative and collaborative spirit to get the people’s business accomplished.” Lee also expressed her thanks to the Filipino community for their efforts during the pandemic. “We would especially like to acknowledge Binhi at Ani and the other Filipino organizations who continue to provide food and supplies to our residents and the Fil-Am Voice for keeping us up to date with important community information.”

In addition to races for national, state and local offices, Maui voters were asked to approve or disapprove seven amendments to the County Charter proposed by the County Council.

The most hotly contested Charter Amendment involved professionalizing the County Managing Director. Maui’s living former Mayors (Linda Lingle, Kimo Apana, Charmaine Tavares and Alan Arakawa) supported the Hui O Maui opposition. The Hui O Maui, in a variety of ads argued residents should pick their Mayor for accountability rather than ceding authority to someone selected by a committee. Current Mayor Michael Victorino also opposed the Charter Amendment. While supporters claimed no Mayor would lose any power, suggesting the Mayor would still appoint the Managing Director, in the end, the voters agreed with the Mayors and voted it down. 37,642 said NO (52.6%), 27,626 said YES (38.6%), with 6,314 blank ballots and 28 double votes. Precincts 08-05 (2,576 NO votes) and 12-05 (2,336 NO votes) and 13-02 (2,169 NO votes) led the opposition with the most votes in opposition. Interestingly, Precinct 13-02 also had the highest YES votes (2,687) with the next highest YES votes coming from Precinct 10-05 (1,761 YES votes) but Precinct 10-05 also registered 2,085 NO votes.

The second most contested Charter Amendment involved the creation of a Department of Agriculture. Farmers were on both sides of this issue. The proposed Charter amendment was approved with 43,646 YES votes (60.9%), 23,507 NO votes (32.8%), 4,412 blank votes, and 45 double votes.

Another proposed Charter Amendment pertained to requiring judicial action within thirty days if there is a dispute as to interpretation of the Charter. This also passed with 39,577 YES votes (55.3%), 23,479 NO votes (40.1%), 7,982 blank votes and 25 double votes.

Finally, a proposed Charter Amendment to reduce the power of the Mayor to appoint members of the Charter Commission was also before the voters. Currently, the Mayor appoints all eleven members with the approval of the Council. The proposal sought to leave the Mayor with appointment power over only two members of the Charter Commission and allow each Councilmember to appoint one member. The proposed Charter Amendment passed with 34,861 YES votes (48.7%), 28,742 NO votes (40.1%), 7,982 blank votes and 25 double votes.

The Council will now need to pass any enabling legislation once the results are certified.

Now the races for the Council are decided, the next question is Who will be Council Chair? Will Lee retain the Chair? Will King try to reclaim it? Or will Vice Chair Rawlins-Fernandez be a sleeper?

The 2022 election will be a reapportionment election so all Maui legislative seats will be up for election (and there is a possibility that census changes may award Maui with another seat)—will all incumbents run and will they face opponents?

And in two years, will any of the current councilmembers challenge Mayor Michael Victorino, should he run for re-election? 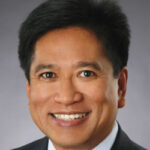