What do you think of President Rodrigo Duterte’s war on drugs?

Home Columns What do you think of President Rodrigo Duterte’s war on drugs? 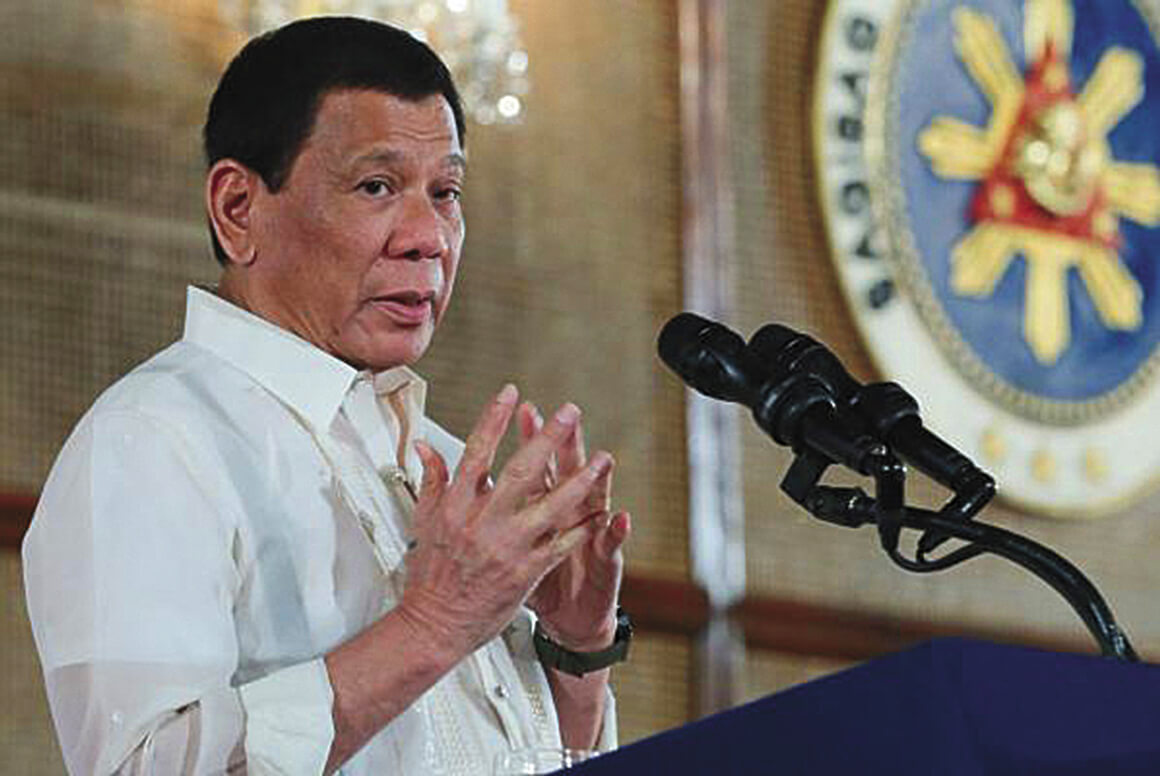 Angela, 17 years old of Kahului, with roots in Pinili, Ilocos Norte: “I think it’s good he is doing it. It’s good for the Philippines because he is the only one that is doing something about it.”

Aris, 41 years old of Ha‘ikū, with roots in Palawan: “I think it’s very admirable that he has such a strong desire to abolish drug abuse in his country. However, not having a thorough, long term plan on how he is going to address the drug problem can lead to mass hysteria and more vigilante actions. This could cause more harm to innocent by standers rather than the actual drug lords themselves. With no proper due process, this fight against drugs will get out of hand.”

Bety, 50 years old of Wailuku, with roots in Pampanga: “I think he can do it. He has a strong belief in himself. Whatever he says, he can do.”

Cora, 75 years old of Pā‘ia, with roots in Natividad, Pangasinan: “Well, I don’t know if he’s doing it the right way. When I listen to the news, instead of interrogating the people, they just kill them inside their houses! So I don’t agree with that. But if they do it the proper way, I don’t mind it. Just yesterday, I listened to the news and they did it again. People are being shot in their house, kids accused of drug possessions.”

Eliza, 78 years old of Kahului, with roots in Laoag City, Ilocos Norte: “I don’t know what’s going on in the Philippines because I don’t have the Filipino Channel but my son is thinking of getting it for me.”

Emi, 66 years old of Lahaina with roots in Santiago, Ilocos Sur: “I like what he is doing—tracking down drug dealers. The sad part is that a lot of high officials and political figures are involved. It’s about time that a President of the Philippines would stand up to it. Duterte should not stop until the real source and of all these people are caught.”

Erna, 71 years old of Lahaina, with roots in Bacarra, Ilocos Norte: “In the beginning Duterte’s war on drugs was a good agenda. But now, there are way too many killings, and the “big and powerful” people are still out there.”

Eugenia, 59 years old of Wailuku, with roots in Badoc, Ilocos Norte: “It’s a hard question to answer. I’m torn with what the media is reporting because hearing from my co-workers that it’s peaceful and they are not afraid. But for me, I’ll never go and visit because I’m afraid.”

Jeniffer, 40 years old of Kahului, with roots in Manila: “Drugs is one of the biggest problems not only in the Philippines but all over the world. It’s a disease that every country’s been fighting. My point of view with President Rodrigo Duterte’s War on Drugs in the Philippines is it’s about time that somebody has to do something about it. In my past thirty years of living in the Philippines, only now that I’ve see changes. Previous presidents didn’t really do good in fighting the drug issues. In fact, it was worse because politicians are tolerating it and most of the time they were the ones behind all of these drug issues in the Philippines. Only Duterte had this issue turn 360 degrees around. It’s about time that a President should do something about it and have to use the iron fist. People may have different opinions about this. But in my own opinion, he has done an excellent job on cleaning the drugs in the Philippines. People who are into drugs whether they are user, seller, or perpetrator, they all know that it’s wrong and bad and they also know the consequences. President Duterte gave them a chance to come out and surrender and clean their names and themselves. Some did but some didn’t. So let’s not blame President Duterte for those people who got killed during the buy/bust operations.”

John, 21 years old of Kahului, with roots in Candon City, Ilocos Sur: “I support his campaign because from what I know, he only targets/kills drug users/pushers. According to a Filipino news that I watched (TV Patrol), once a person is convicted of drug use, police will make the person sign a waiver stating he is guilty of drug use and won’t do it again. If the person who signs the waiver gets caught using drugs again, I think, that’s the time they make action of the person’s consequence. Right now, there is no proof that Duterte is the main reason behind these “extra judicial killings” but from what I know, most of the people in the Philippines are okay with it because like I said, they only target drug addicts–not innocent people.”

Jojo, 41 years old, of Pā‘ia, with roots in Pagudpud, Ilocos Norte: “The war on drugs, I personally agree to go against illegal drugs. But the manner how it has to be done should be looked into, the ones perpetuating that area are the ones being punished. There should be the law process and due process should be given as well.”

Jorge, 50 years old of Kīhei, with roots in Loyola Heights, Quezon City: “The end never justifies the means. You can’t trample on basic human rights protected by laws in the name of eradicating a social problem or building a better society… In other words even a drug dealer or a suspected one deserves the chance to defend themselves in court, not just be gunned down because he’s a known “bad guy” or worse, his name just showed up on some list.”

Josephine, 33 years old of Wailuku, with roots in Manila: “It is immoral, unjust and indecent. How can a nation’s leader condone the murder of ‘alleged’ criminals without due legal process? This ‘war’ is a human rights violation, and fundamentally un-Christian—‘Thou shalt not kill.’ It is a massacre, with no protection for law-abiding Filipinos from these extremely fascist measures.”

Michelle, 21 years old of Kahului with roots in Pangasinan: “I agree with what he’s doing with the drug war and I really admire what President Rodrigo Duterte’s doing about the drug war because comparing to the last President they didn’t really find the drug users and those big drug dealers which a lot of politicians now and police as well found using drugs since President Duterte became President.”

Nita, 58 years old of Wailea, with roots in Banaue, Ifugao: “The place is so clean now. A lot of improvements, especially the airport. It’s very safe.”
Rheena, 34 years old of Wailuku, with roots in Paoay, Ilocos Norte: “Six months is too short of a time frame to combat a problem that has been going on for years. Drugs ruin lives. But on the other hand there must be better communication with all parties involved.”

Rick, 58 years old of Lahaina, with roots in Pangasinan: “I just spent nineteen days in the Philippines and had a lot of very lengthy discussions/debates with family members and friends who are very much in tune with politics in the Philippines. Most of the people I talked to support President Duterte’s war on drugs. We are outside looking in through the eyes of the media, a media that I believe is anti-Duterte. Most of us who are outside the country do not have a sense of how drugs have destroyed the lives of many Filipinos, especially the marginalized, and something has to be done.”

Roshelle, 18 years old of Kīhei, with roots in Isabela and Ilocos Norte: “LOL I honestly don’t know. I don’t pay attention to Duterte. But I guess the war on drugs is good ‘cause it’s getting rid of the drug dealers and the bad people.”

Victor, 59 years old of Waikapū, with roots in San Nicolas, Ilocos Norte: “To me, he will continue to do killing on the war of drugs as long as he will be the president. I agree with his War on Drugs.”