What Do You Think… 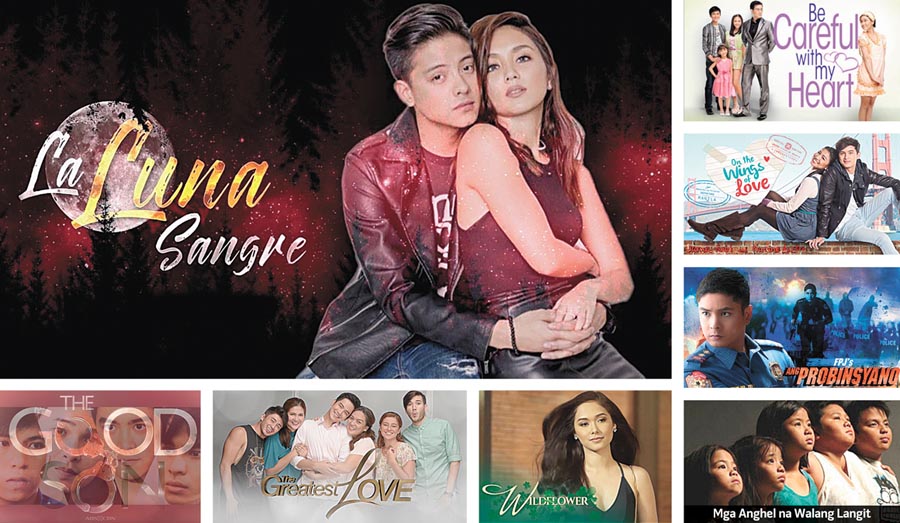 is your favorite “Teleserye” and what about it makes it so compelling for you?

In our humble opinion, drama in the Philippines began with Doctor Jose Rizal’s book, Noli Me Tangere where the dashing Crisostomo Ibarra returns home to find his father murdered under mutable circumstances, and cannot find closure because of the corruption of the Spanish occupiers and their not-so-sanctimonious Roman Catholics who brought a divinely-dubious ministerial order to their shores. And followed by his book, Il Filibusterismo, in where Ibarra is reinvented as the dark character, Simoun; a jeweler by trade, and now jaded by his inability to change the social order except by what he believes must be terrorism against the system. But today, with the convenience of cable TV—with Philippine programming that can be piped into every paying-customer’s household, one can easily watch the copious varieties of Filipino dramas, known as the “Teleserye” with the touch of a button.

The Fil-Am Voice staff asked members of Maui’s Filipino Community, “What do you think is your favorite ‘Teleserye’ and what about it makes it so compelling for you?”

Angelika of Kahului with roots in Santo Domingo, Ilocos Sur: “Right now I would say my favorite Philippine teleserye to watch is ‘La Luna Sangre.’ I don’t usually watch a lot of TV, but because my mom is the [hugest] Kathniel fan in the world, she watches it every single night, and it kind of became our little bonding moment. She just looks so happy every time twists and turns pop up in the storyline, and seeing her happy makes me happy. The show is super unpredictable and thrilling; it always leaves you wanting more. So that’s how I got hooked on binge-watching ‘La Luna Sangre’ every night with my mom.”

Angie of Kīhei with roots in Tagum, Davao: “I like to watch ‘The Good Son,’ I really like it because I enjoy watching the veteran actors and actresses involved like Eula Valdez, Albert Martinez, and Mylene Dizon. Also, when it comes to ABS-CBN making dramas, they are number one. The story reflects on that there are good sons, and really evil ones too. But I can relate because in real life, I really do have a good son.”

Anne of Kīhei with roots in Tabaco City, Albay: “‘The Greatest Love’ is a family-oriented teleserye starring Sylvia Sanchez as the main character, Gloria. This was and still is my favorite Philippine teleserye. She breaks everybody’s heart with her portrayal as a dying mom with Alzheimer’s disease. Most of the scenes were heart-wrenching. It gave me great insights into what it is like to lose a loved one to Alzheimer’s.”

Bernadette of Kahului with roots in Pinili, Ilocos Norte: “My favorite teleserye is ‘La Luna Sangre.’ First of all, I love to watch it because Kathryn Bernardo and Daniel Padilla are the main characters. Another reason is that it is a ‘fantaserye’ about vampires and werewolves which Filipino filmmakers barely make. It is like a new thing for me to watch since most teleseryes on air right now are about dramas, family feuds, and relationships.”

CM of Lahaina with roots in Cebu: “I have a lot of favorite teleseryes but right now I’m always looking forward to watching the teleserye called ‘La Luna Sangre.’ The main characters ‘Kathniel’—a love team couple—makes it compelling for me because I just love the Kathniel love team. Aside from them, my very favorite actors; Angel Locsin and Richard Gutierrez are on the cast too. I always love Angel Locsin’s movies and dramas, that’s why I’m really into this teleserye. This teleserye also gives us a lot to learn, like, be a good and kind person. It shows a lot of affection within the family, and how you should protect your family from bad things—not just family, but to friends too. It shows teamwork as a ‘pack,’ protectiveness to their loved ones, being strong when things aren’t working out or when losing someone important in their lives. It shows people focusing on their mission that one day will be accomplished, while going through a lot of ups and downs. There are a lot of failed missions too, but in the end, they still move forward to commit to having justice for everyone.”

Jellyfer of Wailuku with roots in Muntinlupa City, Metro Manila: “My answer is ‘Wildflower.’ That’s my favorite show because it shows the resilience and strength of Lily Cruz. I also like how they took revenge in a way where they kept their morals. And I think that’s such a good value to show the viewers.”

Joana of Kahului with roots in Bacarra, Ilocos Norte: “My favorite Filipino teleserye is ‘Be Careful With My Heart.’ It was about a simple girl named Maya dela Rosa (Jodi Sta. Maria) from the province of San Nicolas who took her chances and went to the city to provide more for her family. Maya dreams of becoming a flight stewardess, and through some twist of fate, she found a good husband and became successful and lived happily ever after. What makes it so compelling is that it reflects the reality of hardships in the Philippines, while at the same time it reflects how Filipinos choose to remain hopeful in spite of their hardships.”

Kim of Kahului with roots in Bohol:“‘La Luna Sangre’ because the concept of werewolves versus vampires interest me.”

Mary of Kahului with roots in Makati City, Manila: “This is my favorite: ‘On the Wings of Love’. It relates to Filipino life abroad—about pinoys who marry someone just to get their VISA and all-of-a-sudden find themselves so ‘in love’ in the end. It’s a mix of comedy, drama and it is so real. The actors portray their roles naturally. Even my foreign friends who’ve seen that show couldn’t stop watching it because of their love story. I like watching shows [like this] that I know will entertain me and can change my mood—shows that also relate to our everyday lives.”
Michelle of Kahului with roots in Pangasinan: “I like watching ‘Ang Probinsyano.’ I like it because it’s very realistic—from the politics and drugs, to the terrorists—and it’s really happening now in our country, like the bombing in Marawi due to the terrorists, the drugs and corruption.”

Trisha of Kahului with roots in Santo Domingo, Ilocos Sur: “Reminiscing about the show today, ‘Mga Anghel na Walang Langit,’ I believe it highlighted the problem of poverty in the Philippines and how child labor—even up to this day—actively flourishes amongst kids of such young ages. The title itself explains how even the innocent youth have to face the reality of life.”
Woon of Kīhei with roots in Cebu: “The ‘La Luna Sangre.’ I like the genre and their characters; the way they act, the way they express their emotions and the script… It feels like its real, like they are truly vampires and werewolves. And i like the conflicts and things.”