As time goes on, there are more and more Filipino politicians running for office to represent and serve the people of Maui County. Holding a leadership position comes with various levels of responsibilities and over time, Filipino individuals have stepped up as leaders to uphold such tremendous amounts of workload and high stress. This increase in Filipinos running for a political position has created role models and enlarges the diversity in the political world that now students have started to look up to these individuals.

Recent graduate Reese Guzman feels that Filipinos in office is “A great advantage for us Filipinos to help and endorse other Filipinos in the community. It’s also an opportunity to show the next generation of Filipinos that we have a voice and can inspire them to also take leadership.” She believes there are advantages since “It can inspire the next generation to run for office and make a difference in the community and it shows how strong Filipino candidates are by fighting to help others.” However, she also thinks that “If more Filipino candidates run for office it can create cliques and separate the Filipino culture due to only cheering behind one candidate.” All in all, she supports Filipinos being more involved in the political world because “There should be more diversity since Maui County has always been run by the same people and I feel like more diversity would help others to see different perspectives and problems of our County even more.”

Upcoming sophomore Norlito Ranchez feels “proud for our fellow Filipinos being in a political position because we get to see how they’re going to change things as they do run for office and how they might impact the community.” Norlito supports Filipinos being more involved in politics because “It will create more connections and help make decisions faster. I think so because people are naturally attracted to others who share similar beliefs and ideas. They can debate ideas and create legislation or policies that benefit everyone faster than if they were forced to do it themselves. Therefore, this might be good in order to work toward making the world a better place.” However, he does not want to run for office in the future. He believes some of the obstacles Filipinos have to face running for office are “Developing a message and a theme that resonates with voters because people have different opinions and they look for traits as how you will make a change by being a politician. Therefore, you need to find some way they’ll be engrossed to support you.”

Shamae Medrano, an upcoming senior also supports Filipinos running for a political position because “It is a great opportunity to encourage and show other Filipinos that we can create an impact in this country and to use our voices to create a change.” She feels that Filipinos running for office now “encourages other Filipinos to run in future generations to help our community.” In addition, she also thinks “There should be more diversity because when election time comes in Maui County, I would see the same people running for office. I want to see more variety.” Despite supporting Filipinos in office, she believes that “They could face racial discrimination as more Filipinos run for office and I don’t want that to happen.”

Soon to be junior Alexis Joy Viloria strongly believes “Filipinos being in a political position is great for the representation of this prominent ethnic group in not just our County but our country and the whole world. There are many things that we as a community can spread our voice with and politics is a great place to start.” Alexis also supports the prominence of Filipinos holding political positions because “Not only does it break stereotypes but it allows the Filipino community on this island to have a voice in what goes on in this County and the regulations put in place.” However, in the future she does not see herself running to be a representative of Maui County because “Although I am very vocal with what I believe in and what would be best for everybody, I do not want to go into politics as a career.” All in all, Alexis wants to see more Filipino politicians because “There should be more diversity in the political world of Maui County just because of the diversity on this island and the many ethnic groups that have to be represented.”

It is no shocker high school students from Maui support Filipino politicians as it not only creates diversity in the political world but also gives students someone to look up to. Students are also highly supportive of Filipinos running for office because they provide a great representation of ethnic groups that don’t receive much attention from the media. They have high hopes that as more Filipinos start running for office, it also opens doors and encourages others to run and represent Filipinos as well. 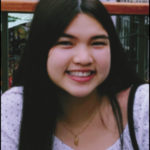 Google® Is Not Everything … is a monthly column authored by high school students. The title of the column emphasizes that education is more than just googling a topic. Google® is a registered trademark. This month’s guest columnist is Romelyn Joy Tabangcura, an incoming senior at Maui High School taking part in Maui High’s ACOM and Health Services pathway. She is the incoming president of Health Occupation Student of America (HOSA) and has competed in Human Growth and Development and placed top 3 at states. She is also a part of INTERACT, a service club that works around the community. She aspires to become a Pediatrician one day. She is a daughter of Romeo and Roselyn Tabangcura.

The Challenge of Building Housing Maui Working Families Can Afford

We Must Raise the Next Generation of Maui’s Filipino Leaders