Home Featured Stories Are You Prepared? 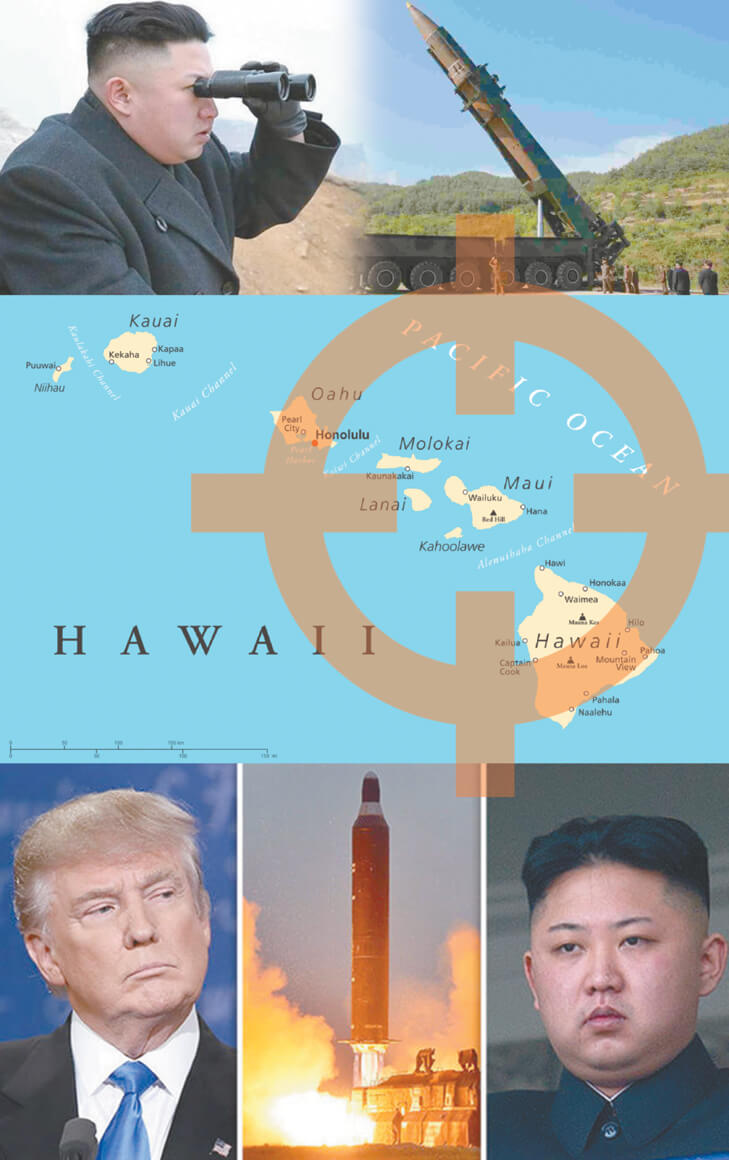 Emergency Alert. Ballistic missile threat inbound to Hawai‘i. Seek immediate shelter. This is not a drill.

THIS IS NOT A DRILL. On Saturday, January 13, 2018, at 8:06 a.m., the State of Hawai‘i Emergency Management Agency (HI-EMA) sent Hawai‘i into panic mode as smart phones throughout the state received an inbound missile alert. Folks scrambled wherever they were that morning, not sure what to do, and certainly not prepared for a missile attack from North Korea.

My wife Basilia and I were at Waiehu Beach, near the Waihe‘e Golf Course, picking up drift wood for a camp fire that evening. My wife’s daughter called her and asked if we received the text that we were under attack. We hadn’t and then in a second, it came on both of our Verizon cell phones. “This is not a drill” said the text.

“Damn that Trump,” I thought. “He finally got North Korea so pissed with all that ‘My button is bigger than your button’ stuff that North Korea decided to make Hawai‘i an example.” According to earlier news reports, if North Korea launched a missile, we would have fifteen minutes.

We guessed we were more than fifteen minutes away from our residence in Waikapū so we decided to drive from Leisure Estates in Waiehu to my sister’s house in Wailuku Country Estates. And yes, I was in panic mood. I searched the radio for news. The only acknowledgment was Danielle Tucker on 104.7, who was hosting her Saturday golf show; she also had no information. I noted in my mind the sirens were not blasting. Over the next twenty minutes, family and friends would be texting. Some had learned from other sources—that it was a false alarm.

It would not be until 8:45 a.m., some thirty-nine minutes later that the official text to cell phones was sent that it was a false alarm.

Folks were livid that it was a false alarm. Gov. David Ige, retired Army Maj. Gen. Vern Miyagi and the rest of the staff failed to quell the public’s anger as to what they initially claimed a human error. But later investigations revealed many mistakes, cover-ups, and yes, the employee who made the human error now claims he actually thought we were under attack.

The aftermath caused Miyagi’s resignation, termination of one employee, suspension of another employee, and the resignation in lieu of discipline of another employee… and yes, who knows how this will affect the governor’s race. Several days later, Congresswoman Tulsi Gabbard who swiftly appeared on national TV that Saturday morning to state it was a false alarm, endorsed Ige’s opponent, Congresswoman Colleen Hanabusa.

“Out of all this, people now are paying attention to emergency preparedness,” said Herman Andaya, Jr., the new Administrator for the Maui County Emergency Management Agency formerly known as the Civil Defense Agency. After a three hour civil service examination and interviews by the Fire Chief, Police Chief, the Kaua‘i Administrator, and the State Administrator, Andaya was selected from among fifty persons who applied for the civil service position. Andaya served as the Mayor’s Chief of Staff from January 2011 and previously served as the Special Assistant to the Chancellor at the University of Hawai‘i Maui College (3 years) and as Deputy Director of Housing & Human Concerns (4 years).

“I was at the park with my family and we were walking the dog,” said Andaya. “We rushed back to the house and within five minutes I was at the Emergency Operations Center at the basement of the County Building. Managing Director Keith Regan and I were first on the scene and within minutes the staff were present. We went through the protocols and received confirmation after approximately fifteen minutes that it was a false alarm. Once we confirmed the false alarm, we were able to send an alert through Maka‘ala.” 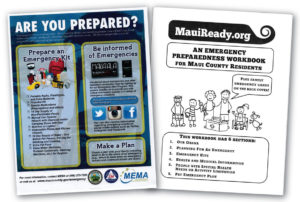 Maka‘ala is Maui County’s free Emergency Alert program that residents can subscribe to at www.mauicounty.gov/emergency. A subscriber selects the type of alerts to receive (tsunami, hurricane, earthquakes, etc.) and the ways to receive the alert (text, email, phone).

“People know us when it comes to an emergency but it’s more than that,” said Andaya. “There are four phases: preparation, response, recovery, and mitigation.” According to Andaya, to be prepared, one needs to do three things: 1) create an emergency kit; 2) make a plan; and 3) be informed. “We know people don’t have an emergency kit because whenever there’s a warning, folks go to the stores and that’s too late,” said Andaya. “Make a plan with your family. Many times, cellular service will fail. Tell your family where to go. For example, if your home is destroyed, where do you go? For me, in case of an emergency, we meet at Grandma’s house.”

“Now, we’re getting requests to do presentations,” said Andaya, who will be making such a presentation to the Maui Filipino Chamber of Commerce on March 21 at Tante’s Island Cuisine. “One thing we also learned was to change the language from ‘seek shelter’ to ‘go indoors’ because there’s no fall-out shelter on Maui. You have roughly ten to fifteen minutes to go inside. On Maui, there were some reports of stores turning away people from staying inside and we’re working with these businesses to educate them what to do.”

Education will continue to play an important role in disaster preparedness and there are many materials in print and on the web. The Maui Emergency Management Agency has a flyer titled “Are You Prepared” while MauiReady.org developed “An Emergency Preparedness Workbook for Maui County Residents.” The Hawai‘i State Department of Health has flyers in different languages including Ilokano (“Agaramid Ti Emergency Kit”) and Tagalog (“Gumawa Ng Emergency Kit”) specifying what needs to be in your emergency kit. HEMA has an “Emergency Plan” flyer that each family can complete as well as an “Are You Ready?” brochure. The Federal Emergency Management Agency (FEMA) has brochures for businesses, people with disabilities, older Americans, pet owners as well as an Emergency Supply List. The United States Department of Agriculture has developed a brochure titled “Keep Your Food Safe During Emergencies: Power Outages, Floods & Fires.” Not to be outdone, Hawaiian Electric, Maui Electric, and Hawai‘i Electric Light have produced a brochure in Ilokano titled “Impormasyon.”

“We must be vigilant and alert,” said Andaya, who knows the password to his Twitter account. “We need to continue to pay attention to emergency preparedness.”

Indeed, are you and your family prepared?

Alfredo G. Evangelista is a graduate of Maui High School, the University of Southern California, and the University of California at Los Angeles School of Law. He is a sole practitioner at Law Offices of Alfredo Evangelista, A Limited Liability Law Company, concentrating in estate planning, business start-up and consultation, non-profit corporations, and litigation. He has been practicing law for 30+ years (since 1983).