So you’re about to visit the Philippines with your friends and family members for the very first time. Don’t worry, English is widely spoken. But if you don’t want to be “sold down the river,” it’s time for you to learn some basic Pinoy. But wait, the Philippines, with over 7,000 islands, has over 70 languages! Yes, languages–not dialects. So wherever you go, you may need to master not only Pilipino but a few other languages. For example, if you are heading north to the Ilocos regions, you’re going to need to learn some Ilokano. Or maybe you’re heading to Cebu, you need to learn Cebuano.

Not to worry.
Let’s Talk Pinoy will teach you some basic phrases that will impress your friends and family and even maybe a love interest! This month, we’ll start with some basic greetings and yes, because Filipinos are very romantic, even some words of love!

When you wake up in the morning and headed to the kitchen and you see your grandma making breakfast, you may want to greet her. Instead of saying “Good morning, gramma” say it in Ilokano version, “Naimbag a bigatmo” (nah-eem-bug-ah-bee-gut-mo). Watch her reaction, it will be priceless. Does your family speak Ibanag? We got you covered. “Mapia nga umma” (mah pya nga oom mah). 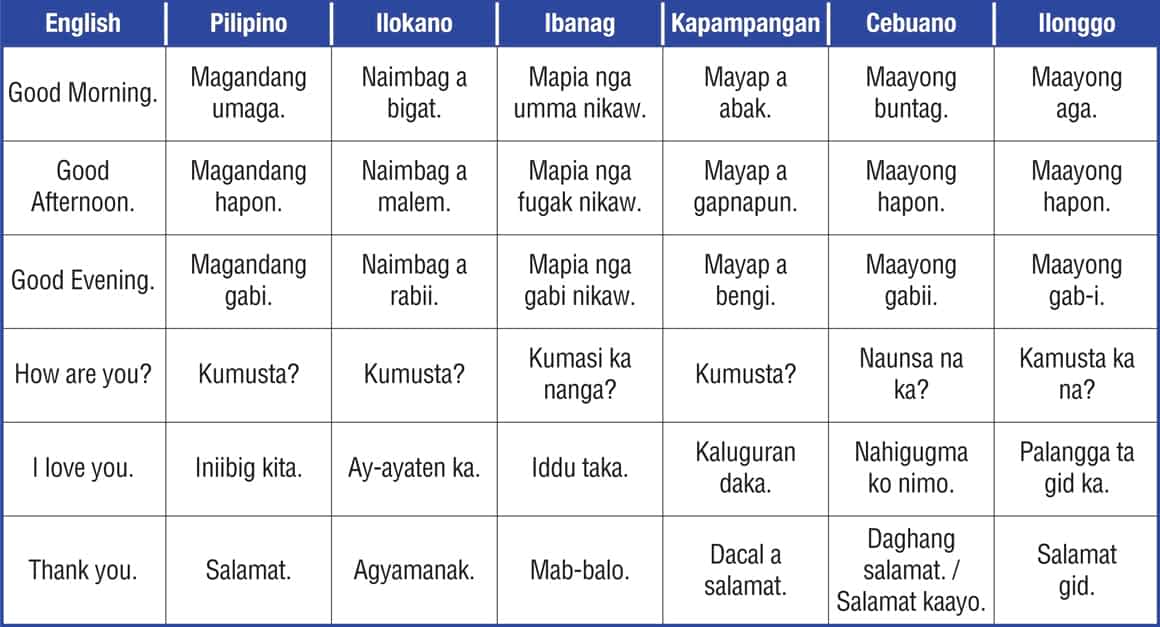 Congratulations, you are on your way to speaking a new language. Twenty-five percent of Hawai‘i residents are Filipino, and so whether you are Filipino or not, look for my section every issue and “Let’s talk Pinoy!”