And I’m not a bandwagon jumper.

The dictionary defines a “fanatic” as a “person who is extremely enthusiastic about and devoted to some interest or activity.” The etymology is from the Latin word “fanaticus” which suggests an “insane person”—picture a religious zealot in a frenzy during a temple festival. Sounds like a football fan decked in team gear primping for television cameras.

And Bengals fans gotta be closer to long suffering faithful waiting for the promised one.

I’ll admit to being somewhat touched in the head when it comes to the Bengals.

I still wish Paul Brown had turned the team over to QB coach Bill Walsh (who drafted Kenny Anderson out of little Augustana) rather than defensive coach Bill “Tiger” Johnson. Super Bowl XVI may have turned out differently. It doesn’t come down to Pete Johnson getting stuffed at the goal line.

In my dreams, Lewis Billups pulls in the interception in the endzone to close out Super Bowl XXIII. No second chance for Joe Montana and John Taylor.

This season had questions. Top pick Joe Burrow was coming back rather quickly from a severe injury and rather than taking OT Penei Sewell with the fifth pick, we drafted WR Ja’marr Chase. Unsurprisingly, Burrow suffered fifty-one sacks this season.

While the defense played inconsistently, the Bengals somehow won the AFC North with a 10–7 record, clinching the title in Week 17 with a stunning come from behind win over heavily favored Kansas City (Chase torched the Chiefs with 266 yards).

They then won their first post-season game since 1991, beating the Las Vegas Raiders 26–19 at Paul Brown Stadium.

The Bengals next travelled to Nashville and upset the top AFC seed Tennessee Titans, 19–16.

In the AFC Championship game, the Bengals fell behind the prohibitive favorites Chiefs (fresh from topping the Buffalo Bills 42–36 in one of the most entertaining games of the year) 21–3 at Arrowhead Stadium. Patrick Mahomes led KC to touchdowns in their first three drives. The Bengals would dominate the second half, holding the Chiefs to under one hundred yards in offense, to take the lead 24–21, before winning the game in overtime 27–24. That earned the Bengals a berth in Super Bowl LVI (This year, the Bengals beat five of the other six AFC playoff teams—topping the Titans, and twice against the Raiders, Chiefs, Steelers and Ravens).

The Bengals will be the “home team” when they play the Los Angeles Rams at SoFi Stadium. They will wear black.

I won’t bother predicting if the Bengals will beat the Rams.

It would be disappointing if Cincinnati didn’t finish this magical season with a Super Bowl ring.

But I’ll still be a fan.

If you know, you know. 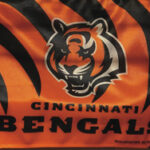 In small kid time, Gil Keith-Agaran’s favorite team was the Cincinnati Bengals and his favorite player was Bengals quarterback Ken Anderson (16 seasons, 2,654 of 4,475 passes (59.3 percent) for 32,838 yards) who led the expansion team to Super Bowl XVI. Anderson’s career completions, passing yards, and touchdown passes remain Bengal records. Ironically, Anderson earned his only Super Bowl ring as an assistant coach for the Pittsburgh Steelers in Super Bowl XLIII Mr. Keith-Agaran asserts that if Pete Johnson scores on fourth and one, the Bengals are the Team of the Eighties, and the long years of Cincinnati wandering in the hapless wilderness would never have occurred.