Each year, I scan the list of high school valedictorians—looking for easily recognizable Filipino surnames such as Arellano, Butac and Calibuso … and I start counting. It’s a sense of pride to learn so many of the top local scholars are of Filipino ancestry. Yes, it’s real guesswork at times because in our multi-ethnic society, many of the high-achieving students have “non-traditional” Filipino surnames such as Asato, Hada and Zane.

I didn’t have any blood relatives appearing on the list; nor did my wife … at least as far as we know. But one name on the Maui High School list of twenty-six stood out for me and the rest of The Fil-Am Voice family—Alexis Joy Viloria—who has written for our newspaper since April 2020, initially as the Google Is Not Everything … writer but recently writing lead and feature stories.

As a well-rounded student, Alexis is headed to Stanford University in the fall on a full scholarship and will major in Journalism and Anthropology. As the top-rated Valedictorian at Maui High School, Alexis gave the Valedictory Address at Maui High School’s hybrid graduation ceremony.

Although the address was brief, it touched all the necessary points and with Alexis’ permission is reprinted here.

Nearly four years ago, we stepped onto the campus of Maui High School, oblivious to what would become of us during our time there. Today, we reap in the glory of the hard work we all put in during those four years. Let’s be honest, a lot of us are celebrating the fact that it’s all over, but we must not overlook the journey we took to get here. From broken library sinks to late nights studying to learning from home in a global pandemic, the resilience and experiences that we as a class share are rivaled by no other.

Today we cherish the culmination of the events of the past, but may we never forget the driving force that has propelled us into the people we are today. The future, as daunting and uncertain as it may be, has been put at the forefront of our priorities, and that is not by accident.

Upon my entrance into Maui High, I came with only one goal in mind- to go to college. As the first in my family to go to college, like many of us here, I often struggled to acknowledge my own successes in an effort to be where I wanted. Led by my passion to succeed, here I stand in front of you all giving the coveted valedictorian speech; to some a flashy show of rigorous academics, and to me a testament of success on behalf of all children of immigrants who have made immense sacrifices in hopes of a better life. A journey full of the highest of highs and the lowest of lows, there is one thing that has kept me striving towards success- the future.

Living by the motto of “College and Career Ready,” it has been made clear that who we want to be in the future has forever shaped who we are in the present and allows us to observe how far we have come from the past. Whether you decide to become an engineer, a doctor, a zookeeper or an artist, the choices you make today will certainly determine what may inevitably happen in our future.

While we will never know the true significance of our actions in the present, we must NEVER be afraid of what is to come. So long as we remain resilient as we all are and brace for the impacts we will experience, both positive and negative, I am confident that we will continue to thrive as we take the world by storm.

Over the past four years, I have had the pleasure of observing the many strengths and talents possessed by my peers. It is without a doubt that we have the capacity to make an impact. In fact, we already have. From the moment of our arrival to Maui High to here, where we stand in the midst of an unthinkable situation, our class has undoubtedly made a mark in our time at Maui High School. We redefined academic standards and shattered the status quo as we took our goals head-on. Graduates, I can only ask that in the future, we continue to carry this spirit wherever we go, making the very world we live in better one action at a time.

For now, let us bask in this moment and be grateful for the journey that we have completed as we prepare for the next. To all who supported us, family and friends, teachers and admin, thank you for being the very foundation that we continue to build upon. To my fellow classmates in the class of 2021, thank you for the memories and may the future continue to push and motivate us to achieve all of our dreams. We did it!

The Class of 2021 faced challenges that were unthinkable when they entered their respective high school as freshmen in the fall of 2017. Who knew their Junior Prom and Senior Prom would be canceled? Who knew athletics, the band, and the cheerleaders would have less than four years to shine? Who knew classes would be held virtually? Who knew there would be greater emphasis on grades and community service as a means of getting their college match?

But through it all, the Class of 2021 endured, made their parents and family proud, and perhaps became closer as a class. Their resilience and ability to meet all the challenges in front of them proved they are ready to commence the next stage of their lives.

The 2021 high school Valedictorians (and yes, our apologies in advance for any errors, omissions or incomplete information) of Filipino ancestry include:

There were more female Filipino valedictorians (23) versus males (9). Seven of the valedictorians will stay home at University of Hawai‘i Maui College while eight will travel to O‘ahu to attend the University of Hawai‘i at Mānoa. Six will attend a college in the northwest region, five in California—with one attending my alma mater—University of Southern California (Fight on Jadynne!), one in Nevada, one in Arizona, one in Ohio and one will join the United States Army. Surprisingly—but maybe not due to the pandemic—no one is venturing to one of the Ivy League colleges on the East Coast.

The interests of these valedictorians vary: six plan to be nurses while nine are in the health-related sciences (some probably in anticipation of going to medical school). Six are interested in business while only two endeavor to be teachers. Five have listed a double major. I think there’s one hoping to enroll in law school after college.

Regardless of what profession these valedictorians enter, one thing is clear, they are all capable of adjusting to the demands of an ever-evolving world.

The Fil-Am Voice congratulates all of Maui’s valedictorians of Filipino ancestry and the entire Class of 2021. Study hard, keep your nose to the ground and your eyes on the road ahead, and keep making Mom, Dad, your family, your friends, and Maui proud. 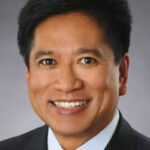 Alfredo G. Evangelista is a graduate of Maui High School (1976), the University of Southern California (B.A. Political Science, 1980), and the University of California at Los Angeles School of Law (1983). He is a sole practitioner at Law Offices of Alfredo Evangelista, A Limited Liability Law Company, concentrating in estate planning, business counseling, nonprofit corporations, and litigation. He has been practicing law for 37 years (since 1983) and returned home in 2010 to be with his family and to marry his high school sweetheart, the former Basilia Tumacder Idica. Brooklyn Jones, Alexis Joy Viloria and Nora Cabanilla-Takushi contributed to this story.