In 2016, Hawai‘i became the first state to raise the legal age of sale for tobacco from 18 to 21 years old. This effort was made to prevent youth from the dangers of tobacco usage and nicotine addiction. Because of the advancement of technology, however, teens are now more exposed to modernized methods of smoking; these devices include e-cigs, vapes, pens, mods, and much more. According to the Centers for Disease Control and Prevention, 19.5-percent of U.S. high school youth reported currently using any tobacco products as of 2017. An estimate of 8.1 percent of Hawai‘i’s high school youth has reported smoking through the use of e-cigs and vapes.

Because the brains of adolescents and young adults are far from being fully developed, they are more susceptible to the effects of the addictive substance—nicotine. When we delay the age of which they first experiment with smoking, we’ll be able to reduce the risk that they’ll be addicted to smokers in the future. Although some view these efforts as beneficial to the youth, others don’t share the same opinion towards the subject of smoking. They argue it’s unfair a person the age of 18 can go to war but cannot buy a pack of cigarettes. Another argument made is e-cigs are safer than traditional cigarettes; not all of them have nicotine. High school students directly affected by this nicotine epidemic think otherwise.

Daniza Nono begs to differ when people associate unfairness with raising the legal age to purchase smoking devices. When a person is serving their country, they are doing it for good. They are trained to help people; they’ve prepared to perform good deeds and altogether be a well-rounded person. “When you’re smoking, you’re not contributing to any of that. What you’re doing is smoking, nothing more, nothing less. Those who want to burn can wait,” she says. She believes raising the age limit, even if it’s trying to moderate the number of smokers in the future, will not work. “I want to think that it’s taking us to a brighter future but I know when people want what they want, they’ll do anything in their possession to get it. I don’t think raising the age of smoking will solve anything. Only because I know there are ways to get specific products without going to a market, such as getting cigarettes from a family member or close friend. Vaping has been such a ‘norm’ around here in Hawai‘i that it’s no surprise that I see a couple of teenagers here and there vaping, clearly underage. Although, I’ve never seen a teenager smoke cigarettes. My thoughts for it all? I think that it’s horrible that they have this sort of addiction to vaping but I am overall glad that they’re not smoking.” Daniza however is scared for the outcome of vaping as it’s such a new thing that claims to help recovering cigarette addicts only to attract younger audiences that haven’t smoked in their life.

The Hawai‘i State government establishing the legal smoking age to be 21 years old is a good start, for now, says Brianna Valentin. She believes we are not doing enough to inform fellow teenagers about the dangers of smoking. “I see a lot of people making fun of vaping ads, trying to get rid of the severe aspect and message they’re conveying. So, if you can’t beat them, join them. This might sound a bit counter-intuitive, but I think we should join the joke. We can use what they believe to be so funny and ‘add more.’ Such as memes, for instance, where they can have both a good laugh and serious message all tied in a hilarious Instagram post.” Briana believes it is very inappropriate and rude for anyone at any age to be smoking and vaping in public places, especially when many elders, young children, and terminally ill people can be around and will suffer from someone else’s selfish choice of being out in the open instead of a designated area. She believes the age 21 may or may not put us in the right direction for a smoke-free generation; even though the age limit is present, some young adults will not take care to pay attention to it. At that age, most if not all, teens will be going through adolescence and start to rebel against the social norms that are created by society.

When it comes to smoking versus alcohol, Victoria Blando believes the actions of both can share similar harmful effects. The practice of excessive drinking and daily smoking both cause addiction and self-harm, as well as putting others in danger, whether it is foolish decisions or second-hand smoke. “Both substances have proven to be dangerous to the body, short term, and long term. There is truly not one better or healthier than the other,” she said. Victoria believes both these activities negatively affect the user but also those around them, whether it is through behavior or physical harm. She firmly believes the State of Hawai‘i’s actions in raising the smoking age to twenty-one was a good move. Moving the legal smoking age three years up can increase the chances of youth rethinking smoking. Victoria states the activities and actions we thought were supremely cool at age 18, can be severely different at age 21. “As a Senior in High School, I have been exposed to several accounts of underage smoking, whether it is vaping or cigarettes. Some instances could be through girls in the bathroom or friends hanging out. My thoughts are usually minimal, thinking that the possible reason for smoking is peer pressure or in search of feeling and looking ‘cool.’ I don’t think less of the individual. I feel that the action is unnecessary and foolish. Raising the legal smoking age will hopefully aid us in the direction of having a smoke-free environment.”

Hawai‘i’s high school youth are now beginning to understand why specific measures such as raising the legal age to purchase smoking devices were made. Although others argue it is unfair, some high schoolers think otherwise. They’ve experienced and witnessed how this nicotine epidemic has affected their schools and peers. This recently enforced law only means to give time for youth to grow out of unhealthy habits. This is a significant first step in encouraging future generations to be smoke-free. 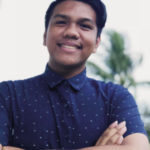 Google® Is Not Everything … is a monthly column authored by high school students. The title of the column emphasizes that education is more than just googling a topic. Google® is a registered trademark. This month’s guest columnist is Ghenesis Jhay Balaan, a Senior at Maui High School attending its Culinary and Health CTE Pathway. He is a three-year member of Health Occupations Students of America (HOSA) and served as its Council Treasurer in 2017–2018. Ghenesis aspires to become a respiratory therapist. He is the eldest son of Benjamin V. Ballesteros Jr. and Jerameelyn B. Ballesteros.