Remember high school football games? Sitting with schoolmates and family on hard metal bleachers, eating bowls of chili and rice, and cheering for the Maui High team on a Friday night were things I looked forward to, and I am sure I was not alone. There was something so classically high school about the whole experience that made me feel so happy.

Large crowds packed in a football stadium of people eating, talking, and yelling, however, were deemed unfit for our pandemic situation a year and a half ago. And in my opinion, this was a smart move to keep our community safe.

Since then, we have been cautious about social distancing and accepted last year’s lack of sports seasons but our students have made it clear how badly they want to get back on the field.

But due to the uptick in cases on Maui, practices for fall sports had a mandatory pushback to September twenty-fourth. This date is tentative, on top of everything. What were our athletes’ reactions to this?

Kristiann Miguel, from Maui High’s color guard, said her initial response was to be upset. And who can blame her? Kristiann’s love of dancing and performing turned her onto the color guard team in freshman year and she hasn’t looked back since. “All those seasons of stepping onto the football field as the crowds roar and dancing my heart out will be something that I will always remember,” she reminisces. As a senior and guard captain, she wants to practice and perform with her teammates as much as she can during her last year of high school while being the best leader she can be.

Gwen Jaramillo, a senior, knows a thing or two about practicing as a part of the Maui High School marching band. She “already knew or at least prepared [her]self” for the event of canceled rehearsals but still attended four-hour practices three days a week this summer as well as planned each one with her fellow drum majors. While the possibility of not coming back to practice looms overhead, Gwen is proud of her band’s accomplishments. “If other sports can’t rehearse, then we shouldn’t be able to either,” Gwen remarks. “We are ‘ohana and we don’t leave family behind.”

A lot of people join sports for the chance to be active and become closer with their teammates. But how does that work with solitary sports like air riflery?

According to Jenna Payba, most of the team bonding happens at air riflery meets. “I enjoy Air Riflery because of the coaches and the friends I’ve made.” So after finding out about the fall sports season being rain checked, she felt disappointed yet unsurprised. After all, we have become adjusted to the necessary precautions in a pandemic. Even though it will be a while before the season is supposed to start, Jenna worked on her shooting skills during the off-season and now hopes to shoot better in her senior year than she had previously.

Bryan Pontanilla, a senior air riflery shooter, also aims to improve his performance and make it to States. “I’m excited to meet the newbies and see how they do,” he shared. According to Bryan, the air riflery team had a single practice before getting shut down. He describes it as feeling very sudden; one day, he was done with his first practice, the next, he received a Google Form with a message about a delayed start to the season. Like the others, there was no season for his sport last year. Until then, Bryan has set up targets in his backyard to improve his technique until the season starts up again.

Many students have relied on self-motivation to prepare for their sports seasons in 2021. Cheerleading, a physically demanding sport, meant Maui High School senior Jaycie Iha had to keep herself active by running and weightlifting last year. Not only that but she flexed her cheerleading skills virtually by “keep[ing] the Saber Spirit alive” over the computer. Jaycie credits her mom, who was a cheerleader in high school, for inspiring her love for the sport. “I continue to be a cheerleader because of the women empowerment it embodies despite the stigma it receives.” For her last year, Jaycie hopes she can provide the same guidance to the underclassmen as she received a couple of years ago. 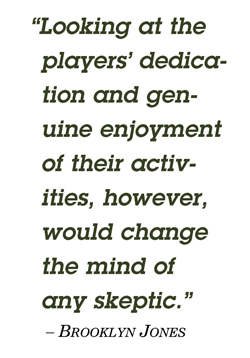 Many people may not think of color guard, marching band, air riflery or cheerleading as sports. Looking at the players’ dedication and genuine enjoyment of their activities, however, would change the mind of any skeptic. These athletes are more than ready to show their school spirit and give their sport all they have as soon as it’s safe to do so! 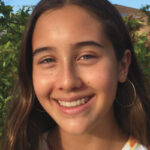 Google® Is Not Everything … is a monthly column authored by high school students. The title of the column emphasizes education is more than just googling a topic. Google® is a registered trademark. This month’s guest columnist is Brooklyn Jones, a Senior at Maui High School. She is an assistant editor in her school’s journalism program, Saber Scribes, and also a member of the Girls Can STEM Club. Brooklyn is in the ACOM Pathway at Maui High, specializing in graphic design. In her free time, she swims for Hawai‘i Swimming Club, bakes and likes to go to the beach. She is the daughter of Melissa Ligot Jones and Darren Jones.