The Secrets That We Keep “Dark on the Inside: A Novel”

My grandmother Laureana was the keeper of our family lore. She came to Hawai‘i late—I was already born and my mother Ejang pregnant with my sister. Mama Urya would spin out tales randomly while she worked in the kitchen and we sat doing our homework or enjoying a snack at the table after school.

She mentioned once that one of our kin had died during the Japanese occupation. I think she said he drowned. She never went into more explanation and the other adults never went into detail when I later asked.

My grandfather Lino spent his World War II working on O‘ahu. The others in my family—my father Manuel and his future wife Lydia—remained in the motherland and lived through the years when Japan forced the Philippines into its Greater East Asia Co-prosperity Sphere. My grandmother came to Hawai‘i eighteen years after World War II ended. I never explicitly heard the drowning was linked to the occupiers but I came to assume it.

Local Maui psychologist Virginia Cantorna recounts how she read a lot as a child, enjoying the epic historical novels of the great James (Michener and Clavell) as well as the family memory fictions of stories like The Joy Luck Club. From even her childhood reading of Charlotte’s Web, “I thought, someday I would like to write like these authors.” Someday, she recently noted in a podcast about her first novel to be launched on May 18, Dark on the Inside, came last year at the start of the COVID-19 crisis.

Cantorna advises some patients to try to “achieve something meaningful during lockdown. I realized,” she recalls “that I had better follow my own advice. So, in 2020 she decided to finish a story “percolating in my head since about age 13 and I had started writing over ten years ago.”

Some believe that much fiction is just autobiography with different names. Cantorna’s own family trauma memory also came in an aside: “I think I was in the 8th grade when my mother told me nonchalantly that the women in her village were raped by the Japanese.” Cantorna says her mother never mentioned it again and she never asked, “Mommy, were you raped?” But her sisters and Cantorna suspected some trauma since their mother would often reflect how much she hated being kissed on the lips. “That was the seed,” says Cantorna, for what her characters call “the Event.”

The story of Ligaya “Liling” Ugale and her family unfolds chronologically from several first-person narrators (something that might be familiar to readers of epic fiction like Game of Thrones). In early versions, Cantorna initially “fictionalized the story using third person omniscient—which is that the narrator enters the heads of several characters.” When several readers advised Cantorna they found that point of view confusing, she switched to a first-person point of view.

While Cantorna tried to differentiate the voices within the same chapter, she eventually chose to give the main characters separate chapters in which to tell their stories. At times, however, the voices—Ligaya Ugale, her sister Glory, and even her eventual beau Pitong—are not distinct enough in my reading.

The story takes place in the provinces, in one of the small barrios eventually invaded by the occupying Japanese soldiers. It’s a tough tale with a lot of understated pathos.

Set in a rural village, the story centers on daughters in an impoverished family. As Liling describes her family, “My mother has much to bear. An abusive husband. All six of my brothers, either emancipated or dead. Two unmarried daughters, both now in our mid-twenties, still living at home—Gloriana, the eldest girl, seventh in a string of eight births—and me; I am the youngest.”

Shortly after the bombing of Pearl Harbor and the invasion of the Philippines, Ligaya’s mother comments about her life and abusive marriage: “In all my life, no one has offered me steak. I must accept what Apo Dios has given me. It is part of God’s plan.” Mamang made the sign of the cross. She repeated the fatalistic message. “He is my damned husband, and I shall not leave him. It is God’s will.”

That sentiment reflects a somewhat stark fatalism about this life—that you play the hand you’ve been dealt as well as you can—that perhaps you can only survive by enduring. In Christian terms, trials are inevitable in this earthly life. As James wrote, “My brethren, count it all joy when ye fall into divers temptations; Knowing this, that the trying of your faith worketh patience.”

But this is not a Christian novel, despite all the characters displaying Catholic piety or at least knowledge of the traditions. Christianity, in this novel, provides little earthly consolation. It’s tragic that awareness of the history informs you life will only get harder for Mamang and her brood during this war.

Yet the story does not propel itself to the Event. Instead, the Event thrusts itself into the narrative almost unexpectedly and clinically. The human trauma, including the rapes, occurs with some numbness and distance. Sounds. Cries. Grunts. And then the Event simply haunts and is kept on the fringes of villager memories.

As it turns out, in this story, there is no redemption for the occupiers and little salve for their victims. Even the late introduction of a Sakada suitor of one of the main characters is not so much redemptive as just a way to continue the life journey away from the barrio to the shores of Hawai‘i (where a promised sequel appears to be located).

Spoiler alert: I did like the touch of Pitong using a luna’s new car as a prop for a photograph that he would later slip to his prospective bride Liling.

I pressed my thumb on the photo where the car ornament was printed, as if claiming the vehicle as my own. I traced the fender on the shiny, sleek automobile. Pitong’s elevated foot was posed on the tire and his elbow was perched on his bent knee. He looked as sharp as the car.

Settling in the Buick next to my handsome husband, wearing a sun hat and dark glasses like the starlets of Hollywood, was what I envisioned. I pressed my fingers to my lips to stifle a girlish reaction. The God of Goodness was being good to me.

When she finally arrives in the islands, she wonders why she is being picked up in a truck.

It’s a difficult story to read—Cantorna says it’s meant to be a tale about the “devasting effects of hate, discrimination, and prejudice” amidst a war. But there’s plenty of Filipino culture introduced or referenced throughout the account.

Perhaps actual use of Ilokano at times may have added to the richness of the narrative. For example, Cantorna writes, “Papang screamed the most terrible profanity a Filipino could say, literally translated into ‘Your mother’s [female genital].’ ” She could have used the real word and later inserted the invective’s meaning.

The story is also hard perhaps because the older folks never talked about their Wartime experiences and never shared it—and the years and generations have now distanced us even more from those memories. Perhaps the next installment which likely will be about plantation life in the post-war years will capture the struggles of maintaining Filipino culture and perhaps just the memory of that culture in a different place. But I am concerned with Pitong’s summary of his Sakada life:

I flew back to the Philippines one year after relocating to Hawai‘i, eager to meet Ligaya and arrange my marriage to her. On the flight, I reflected upon my time in Hawai‘i. Plantation work was hard, but I earned much more money than any nonprofessional in the Philippines. I learned all the stages of farming sugar—planting, growing, ripening, and harvesting. Harvesting required setting massive fires to burn the outer leaves. I almost burned to death in a wild cane blaze—except for that near tragedy, I felt grateful for making the decision to immigrate.

I expect my own Sakada kin would have been more introspective about their lives so far away from home. “Lucky come Hawai‘i,” my father would say with some irony. But then again, he joined the union on the boat taking him to the islands. 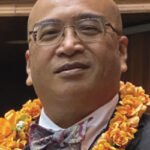