All vying for the Presidency of the Philippines in 2022; Sara declines (for now?)

They say politics in the Philippines is a blood sport … just like cockfighting … and yes, boxing. When Manny “Pacman” Pacquiao announced his retirement from boxing on September 28, many suspected Philippine Senator Emmanuel “Manny” Pacquiao would soon announce his candidacy for the Philippine presidency, which will be held on May 9, 2022.

Pacman, 42 years old, is the only eight-division boxing champion. He first won a title at 108 pounds and even won a title at 154 pounds. His record was 62–8–2, with 39 knock outs. His greatest victory was over Oscar De La Hoya in 2008, with victories over Marco Antonio Barrera, Timothy Bradley, Miguel Cotto, Ricky Hatton, Antonio Margarito, Manuel Marquez, Erik Morales and Keith Thurman. He was also a huge pay-per-view draw; his 2015 fight against Floyd Mayweather had approximately 4.6 million buys (the previous record of 2.4 million buys was Mayweather’s fight against De La Hoya).

In his retirement announcement released via social media, Pacman thanked those who helped him along the way, noting even though he was not selected for the Philippines Olympic team, he did not let that oversight discourage him. “Goodbye, boxing. Thank you for changing my life. You gave me the chance to find a way out of poverty,” he said. “Because of you, I was able to inspire people all over the world. Because of you, I have been given the courage to change more life.”

With that out of the way, let’s talk politics—Philippine politics that is. I’ve learned many immigrant Filipinos still follow politics “back home” especially in their “hometown” where many Filipinos still have family ruling their own little fiefdom. For my family, the Evangelistas used to rule my Dad’s hometown of Paoay in Ilocos Norte until (gasp) a distant cousin—the Clementes—ousted the Evangelistas. The same Evangelista clan whose patriarch, Jose Evangelista, was the governor of Ilocos Norte (B.M.L. or Before Martial Law). I don’t even know who the current Paoay mayor is; it’s kind of weird because a lot of the COVID-19 proclamations are signed by an “Acting Mayor.” I’m not sure but I think it has something to do with his Certificate of Candidacy he filed when he ran for office.

The filing of a Certificate of Candidacy with the Commission on Elections (COMELEC) is the first step in running for office in the Philippines. For the office of Philippine president (one term for six years), the deadline was October 8, Philippine Standard Time, which was October 7, Hawai‘i Standard Time. The list will be final in November when COMELEC officially releases it. But various Philippine news agencies have reported almost a hundred candidates. (See unofficial list.)

For me, who’s more interested in Hawai‘i and U.S. politics than Philippine politics (except for maybe a hope the Evangelista’s will someday rule again in Paoay), I did recognize some familiar names: Ronald “Bato” dela Rosa, Francisco “Isko Moreno” Domagoso, Panfilo “Ping” Lacson, Ferdinand “Bongbong” Marcos, Jr., Emmanuel “Manny” Pacquiao and Maria Leonor “Leni” Robredo. Notice how these candidates all have nicknames; like former Hawai‘i Governor Benjamin “Ben” Cayetano, current State Senator Gilbert “Gil” Keith-Agaran, current Mayor Michael “Mike” Victorino and former Mayor James “Kimo” Apana. I guess if you have a nickname, it humanizes you and makes you one of the common folk.

There’s also a twist that although the Certificate of Candidacy was due on October 7, political parties have until November 15 to change their candidates.

Hmmmm … even though current Philippine president Rodrigo Duterte’s daughter Sara Duterte-Carpio (side note, the Carpio’s are also from Paoay and me thinks they’re distantly related to the Evangelista’s; I would ask my 97-year old Mom but sometimes she can’t remember what she ate for breakfast) filed to run for her third and final term as Mayor of Davao City, does that still raise a possibility of a Duterte candidacy? President Duterte in the last few days said she would run, then backtracked. Sara has maintained she would not run, especially if her Dad would run for Vice President. President Duterte eventually decided not to run for Vice President.

So far, I haven’t seen who Bongbong will team up with. (Bongbong hinted earlier President Duterte would be his running mate but those plans were upended when Duterte decided not to run for Vice President. Bongbong also said he would accept Bong but Bong is supposedly tied to Bato.) I’m sure after we go to press, Bongbong will have a Vice Presidential candidate. (Note in the Philippines, Senators are elected nationally versus by provinces or other areas/regions so a Senator has a good gauge of where his/her votes are.)

There’s a Hawai‘i connection to one of the Vice Presidential aspirants. Lito, who was elected in 1998 as Mayor of Manila, lived in Honolulu for a year in the 1960s and was a member of the famous Pearl of the Orient Dance Company. When Lito became Mayor of Manila, he tapped Hawai‘i resident Gemiano “Toy” Arre, the first Filipino to serve in Honolulu Mayor Frank Fasi’s cabinet, as his financial consultant.

Who are these major wannabe’s and who do the folks on Maui support?

Francisco “Isko Moreno” Domagoso, 46 years old, was raised in the slums of Tondo, Manila. He is the current Mayor of Manila, having won in 2019 by beating the incumbent, former Philippine president Joseph “Erap” Estrada. Isko Moreno was a host of a popular TV show before entering politics; he served as Vice Mayor from 2007 through 2016.

Ferdinand “Bongbong” Marcos, Jr., 64 years old, was born in Manila and is the son of former President Ferdinand Marcos. He served as Senator from 2010 to 2016 and lost his bid for Vice President against Robredo. His election challenge was dismissed in 2021. Bongbong was also Governor of the Province of Ilocos Norte and a Representative from that province.

Emmanuel “Manny” Pacquiao, 42 years old, was born in Kibawe, Bukidon and raised in General Santos City. The boxer was elected to the Senate in 2016, after having been elected to the House of Representatives in 2010 and 2013. In the 2016 elections, Manny received over 16 million votes, ranking 7th.

Maria Leonor “Leni” Gerona Robredo, 56 years old, was born in Naga, Camarines Sur. Her husband Jesse served in the Benigno Aquino III administration until his death in 2012. She was elected as a Representative in 2013 and was elected Vice President in 2016, defeating Bongbong by 263,473 votes or 0.64 percent. Leni ran under the Liberal Party whose presidential bet was Mar Roxas, who lost to Rodrigo Duterte.

Maui’s Filipino community is diverse in their thoughts about who may and should become Philippine president.

Angelina Abapo, from Tagum, Davao del Norte, made this observation: “Based on the numbers and historically on the way candidates behave, I think there will be a Bongbong Marcos and Sarah Duterte tandem. The solid north and the solid south! Good luck! It’s a sure winner!”

Arnel Alvarez, born in Ballesteros, Cagayan, believes “The race for presidency in the Philippines is very confusing and most candidates who are new don’t have that much experience yet in the higher position for that long. I believe popularity for some of the candidates like Manny Pacquiao may play a big role. Leading a country requires someone that has a heart for people, has knowledge how the law system works and knows how to create good friendships with other countries for our country.”

Virgilio “Leo” Agcolicol, who hails from my Dad’s hometown of Paoay, Ilocos Norte, says “As a political observer, I believe Ferdinand ‘Bongbong’ should be given a chance to be the next president of the Philippines. I know many Filipinos still remember Martial Law but he did not do it by himself. Bongbong, who has all the credentials, is my choice to lead our country for the next six years. Martial Law is history just like anything else happening in the world.”

Emerita “Emi” Limon Cortez, born in Santiago, Ilocos Sur, says “I am not into the Philippine political arena ’cause I feel that they don’t have loyalty to their own party. I just hope and pray that Bongbong Marcos wins, he is the most qualified candidate to help the Philippines revive from full-on corruption and help our poor people out of poverty.”

Maria Katrina “Kit” Zulueta Furukawa, who hails from Quezon City, says “Filipinos deserve good governance. We can’t keep on trying to bend truths to defend oligarchs who lie to hold on to power. We can’t keep on carrying the burden to make excuses for offensive displays of misogyny and idiocracy. Stop electing criminals and thieves who have gas lighted you for years. We claim to proudly be Filipino yet our country is ranked the worst place to be during the pandemic, the worst violators of workers and human rights, and has significantly declined in global competitiveness in the past five years. Our kababa-yans—our loved ones—are dying because of political incompetence. Stop kidding yourself, we’re an embarrassment. If there’s anything this pandemic has taught me, it’s hope. And I firmly believe hope for the country is Leni Robredo. She will fight with experience, competence, compassion and most important, INTEGRITY. Indeed, the last man standing is a woman. Leni Robredo is my president.”

Jenny Bagay Martinez, born in San Nicolas in the Province of Ilocos Norte, expressed her thoughts: “Aww … It is going to be highly, highly competitive: 1. Bongbong Marcos; 2. Manny Pacquiao and 3. Isko Moreno. I would vote for BM. Why? He’s the most qualified of them all.”

Marilyn Manuel Oura, born in Laoag City, in the Province of Ilocos Norte, says “For me I would like to see Bongbong Marcos for President, I believe he will do a great job for Philippines, I say give him a chance, forget what happened in the past that his father has done, move on.”

So there you have it but questions galore remain.

Will there be a November surprise? Will Bongbong find a running mate? Will there really be a solid north/solid south? Will the last man standing be a woman? Aren’t all the major candidates from oligarchies? Will the voters move on from martial law?

Time will tell … and this will definitely go the full 15 rounds. 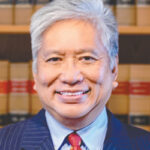 Alfredo G. Evangelista is a graduate of Maui High School (1976), the University of Southern California (1980), and the University of California at Los Angeles School of Law (1983). He is a sole practitioner at Law Offices of Alfredo Evangelista, A Limited Liability Law Company, concentrating in estate planning, small business and nonprofit corporations. He has practiced law for 38 years (since 1983) and returned home in 2010 to be with his family and to marry his high school sweetheart, the former Basilia Tumacder Idica.