After a year and a half of travel restrictions, safety protocols, quarantines and vaccines, tourism is once again carving its path here on the island. Travelers ecstatic to escape their homes have been running rampant on the island since the opening of Hawai‘i’s pre-travel testing program. The State has since allowed tourists to bypass testing with proof of vaccination. Previously, this option was only open to Hawai‘i residents traveling to neighbor islands.

As the vaccine distribution slowly inches to the level that government and health officials suggest will move the islands closer to normalcy, residents increasingly remain focused on other concerns regarding tourism on the islands. Can the natural resources of the island support so many people on the island? With anecdotal reports of the airport at full capacity with elongated waits, the road to Hāna blocked by hordes of rental cars and beaches packed with visitors, the concerns of residents appear valid. How can we limit tourism to ensure the quality of life for those who call Hawai‘i home? What can we do to balance jobs with growing tourism counts?

In the months following the epidemic shutdown, residents began calling for sustainable changes to tourism but opinions vary on what actions can and should be taken. Some call upon state and county legislators and tourism executives to act while others call upon tourists themselves to be mindful of the ground they land on. (See Liza Pierce’s column Kwento-Kwentuhan on page 15 for advice to tourists.) Some residents are taking their own actions and finding ways to protect Hawai‘i and the beauty it possesses.

Maui native Rod Antone, the Executive Director of the Maui Hotel and Lodging Association (MHLA), shares his take on tourism in recent times. Even before the beginning of the pause of Hawai‘i’s visitor industry, Antone states the industry was already working on ways to better manage tourism.

But then came the pandemic and those plans were placed on hold while the industry tried to figure out how to manage the crisis at hand.

“At first we thought maybe this would last a couple of months, then later it was that this would last a couple of years,” Antone said. “So first we had to figure out all kinds of logistics, such as, ‘How do we shut down our properties?’ And ‘How much staff do we need to keep it secure?’ More importantly we asked ‘How can we make sure our employees continue to have access to medical benefits during a pandemic?’ And then that question led to ‘How long can we last paying benefits while the hotel operations are closed before we can’t any longer?’ ”

Having previously worked as the Communication Director for former Maui County Mayor Alan Arakawa, Antone realized a medical pandemic was not one of the scenarios the Maui Emergency Management Agency (formerly Maui Civil Defense) had ever planned for.

“Working with the County of Maui, we have contingency plans for many natural disasters, such as hurricanes and tsunamis but the pandemic plan was never developed.” Thankfully though, hotels were quick to adapt and react. “We were all learning as we went along. One of my general managers said we’re ‘writing the book as we read it,’ ” he said.

As far as the return of tourism, Antone said University of Hawai‘i economists forecasted it would not be until the end of 2021 that tourists would return in decent numbers. But by February Antone said hotel general managers were seeing more and more reservations.

“They could already see more groups booking for May and into the summer,” Antone said. “What the economists may not have taken into account was Hawai‘i would be the only travel destination available for mainland U.S. tourists. Asia and Europe are still difficult for foreigners to access so they’re coming here instead.”

Antone elaborates those working in the industry do not intend to bring the island chaos but benefit those working and living on the island. Trying to find ways to better manage tourism, he emphasizes that as a local, it is important to prioritize residents who call Maui home.

“We want tourist dollars to benefit the community and it does,” Antone said. “But we can find ways to manage better and communicate with our visitors more efficiently.”

Tourism impact instead of tourism marketing seems to be on the minds of government leaders. “For years, we have talked about the impact of the tourism industry but it wasn’t until the industry was shut down, that we had the opportunity to see what a sea of 22,000 parked rental cars looked like, as they sat for weeks unused or how much wastewater the transient accommodations created, as we projected 70 percent less wastewater in West Maui for the upcoming fiscal year,” said Keani Rawlins-Fernandez, Vice Chair of the Council and Chair of the Council’s Budget Committee.

Recently, the Hawai‘i State Legislature and the Maui County Council have used the power of the purse to refocus tourism.
The State Transient Accommodations Tax—or TAT—commonly called the State hotel room tax—applies to all transient accommodations including vacation rentals, condominiums and other dwellings used by visitors (and off-island residents). The current TAT rate is 10.25 percent. In years past, the State took in all the TAT receipts and allocated a portion of it to the various Counties while also funding the Hawai‘i Tourism Authority (HTA).

This past legislative session, the Legislature passed a bill making major changes to the TAT and HTA. Governor David Ige vetoed the bill but the Legislature overrode him.

“The Legislature, by overriding the Governor’s veto, effectively shifted HTA’s funding from dedicated amounts from the State hotel room tax to federal and state general tax revenues,” said State Senator Gilbert Keith-Agaran (D-Central Maui), who serves as the Vice-Chair of the Senate Ways and Means Committee. “HTA will need to justify future budget requests to the Legislature like other state agencies and programs.”

By requiring HTA to come to the table each year to justify their planned spending, the Legislature will have some control over how HTA spends state money. “Legislative leaders also hope HTA will shift from simply marketing and growing tourism for the sake of growth to more effectively managing the hospitality industry with local communities and local officials concerns in mind,” explained Keith-Agaran. “Legislators heard a message loud and clear from constituents that returning to the unbridled growth of the last decade was not acceptable to much of the community, including people dependent on tourist spending.”

On Maui, the County Council also reigned in the funds budgeted for the Maui Visitors Bureau (MVB). Historically, the County budget provided grants to MVB which were to “be used to market and promote Maui County as a visitor, meeting and convention destination to domestic and international markets.” Councilmember Yuki Lei Sugimura (Upcountry), who is Chairperson of the Council’s Infrastructure and Transportation Committee, noted the County’s funding for MVB decreased over the years from $4 million in Fiscal Year (FY) 2018 to $3.7 million in FY 2019, $2.54 million in FY 2020 and $1.3 million in FY 2021. “MVB’s mission is to promote Maui as a destination,” explains Sugimura. “During this past budget session it became evident that the need to ‘manage’ visitors was more critical than ‘promoting’ Maui as a destination. The visitors arrived in pre-pandemic numbers once travel resumed and the need to promote Maui as a destination was not critical. They came without promoting.”

Over Sugimura’s objection, the County Council decided to eliminate the MVB line-item grant. Sugimura explains she believed MVB should play a critical role in the management of tourism. The Council did include a $500,000 line item for a Tourism Management Grant, which Sugimura supported. Any outside agency, including MVB, has the option to apply for the grant.
The State Legislature also brought more control of tourism dollars back to the Counties. “The Legislature also finally authorized another tax power to the counties, allowing them to levy their own TAT up to 3 percent, allowing the Mayors and County Councils more flexibility in managing visitor impacts on local infrastructure and programs,” said Keith-Agaran. “Previously, the Counties relied on real property taxes and certain fees for general use with some portion of the State collected TAT.” Maui Mayor Michael Victorino and the County Council, led by Chairperson Alice Lee are working to implement the new visitor tax as quickly as possible.

“Many admit we’ve become far too over reliant upon the tourism industry, a reality underscored by our having experienced the highest unemployment rate in the country due to COVID-19,” said Rawlins-Fernandez. “We must diversify quickly, investing in the structural and social holes the pandemic revealed, such as growing more of our own food, expanding our healthcare industry, and occupational education opportunities.”

The steps towards a sustainable island economy and ethical tourism seem steep to many and will not be quick to climb. “Where will the jobs come from?” is a common question posed. This was clear when most of Maui’s population was living off unemployment benefits during the height of the pandemic. The hospitality industry simply provides a large proportion of private sector jobs in Maui County. MHLA’s Antone estimates there are 10,000 jobs in Maui’s visitor industry and many small businesses rely on the tourism industry.

Agriculture—sugar and pineapple—used to employ the highest number of Maui residents. When Alexander & Baldwin announced on January 6, 2016 it would be closing H.C.&S., Hawai‘i’s last sugar plantation, only 675 employees remained.

In December 2018, Mahi Pono announced it purchased the former H.C.&S. agriculture fields. Mahi Pono’s website proclaims “We are a Maui farming company here to transform 41,000 acres of vacant former sugar cane land into a thriving hub of diversified agriculture.” In August 2019, Mahi Pono planted its first-row crop, potatoes, which is available in Maui’s stores. Since then, Mahi Pono has planted and harvested other crops including watermelon that is available at the local Costco. And along KƉihelani Highway, signs indicate Mahi Pono planted lemon trees. In Hāli‘imaile, Mahi Pono planted citrus and coffee trees. Mahi Pono, under the leadership of former Lt. Governor Shan Tsutsui, now the Chief Operating Officer, has slowly advanced its operations.

But its current number of 280 full-time employees is a far cry from the thousands formerly employed by the sugar and pineapple industries, or even the numbers when H.C.&S. closed in December 2016.

“We need balance and reform of the tourism industry to better protect our natural and cultural resources and our residents’ quality of life,” said Rawlins-Fernandez. “The 2012 Maui Island Plan stipulates that the ratio of residents to tourists should never exceed 1:3 respectively, and that’s a good start.”

Ultimately, those in the community intertwined with the tourism industry have the intent of supporting locals and the land they live on. After all, it is their home too. For Antone and others involved in tourism, it is rooted in their love for Maui: “This is my home. I’m in the lodging industry and I know how much it already gives back.” 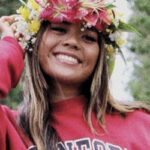 Alexis Joy Viloria is a first-year student at Stanford University, receiving a full scholarship. She is majoring in Anthropology and Journalism. Both of her parents work in the visitor industry. 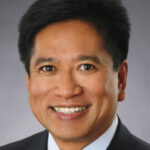