Thank the Veterans Around Us

A choice and willingness to sacrifice their lives and livelihoods were made for us! 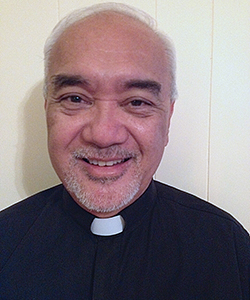 My Dad was a Veteran and so was my younger brother. I also have uncles and cousins on both sides of my family who are veterans as well. I’ve always admired those who join the military. I grew up when the Vietnam War was being fought and our country had a draft. Family members and friends were being drafted and leaving every week. Some even “joined up.” I remember thinking these were men; some very young, who were leaving the comforts of home and all that was familiar for the unknown world of the Army, Navy, Marines or the Air Force. The journey to becoming a veteran starts with the unknown; the sense of not knowing anything that lies ahead.

I had a cousin who wrote to my dad while he was in boot camp. My dad loved to write letters and everyone in the family knew that if they wrote to him, he would always write back. Anyway, my dad let me read this cousin’s letter. From its contents, I was struck by the absolute courage it took him to leave home at 19 and join the Army. I was also struck by how scared he was. There was one line in the letter that has stayed with me to this day. My cousin wrote “You know, I don’t know if I’ll ever come home, as I’ve heard that many are dying in the war.” I pondered the idea of death, that joining the military, especially in a time of war, means that death is an ever-present reality. The journey to becoming a veteran is filled with stories and experiences of being scared, of death and dying; of those who were “here today” but then “gone tomorrow.”

Early in my career as a social worker, I was on an assessment team with a group of case managers and social workers who worked with me to come up with care plans for veterans who returned from service and who were now disabled. There was one particularly unfortunate case of a veteran who was injured, not in combat but at a base, soon after he was sent on a combat mission. The injury was very catastrophic with about a year’s work of rehabilitative medical treatment and allied health therapeutic regimes. I remember the case presentation asking the team to assess the “genuine guilt” the veteran had and the expressed disappointment he had about “never being able to fight.” What the team came up with was a care plan that focused on the restoration of self-esteem and self-worth for this veteran. Eventually, the veteran was reintroduced to his former career and, among other resettlement realities, obtained employment in a career he had known before being drafted. In speaking with me, he said (and I remember his words) “I am half the man I was but I’m now more than the man I was when I went into the Army.” The journey to becoming a veteran is filled with challenges that bring up one’s doubts and fears that must be overcome.

All too often, there are Veterans who return in a coffin. It is then up to the surviving family members to make sense of the loss, often chaos that literally surrounds the coffin. I was once a chaplain to a family whose only son was killed in combat. The parents and siblings were really beside themselves and kept asking “How can this be?” I helped them, through many discussions and much praying, that the loss of their son and brother was something that they had to “fill the void” by living for themselves and for him. Eventually, the parents sat with me just before the Funeral to inform me they had decided to start a scholarship fund in their son’s memory. I asked them what this fund was for. They said it was for the education of the children of veterans killed in combat. The mother informed me while shedding tears that their son loved children and that he wanted to be a teacher once he got out. The journey to becoming a veteran is for survivors to understand that a “loss” is an opportunity to “fill a void.”

Kababayan, I want to encourage you to think of the veterans among us. They have had the courage to leave us and join the military; to quite emotionally and with selflessness sacrifice their livelihoods and lives so that we could continue to live in freedom. This gives us the opportunity to put back, sometimes without them, what has been taken away. The journey to becoming a Veteran begins with a family’s, even a community’s understanding, that Veterans are on a journey of a lifetime, and that we must be with them on the journey, for a lifetime, meaning forever!