Alfredo G. Evangelista, one of the few Filipino community lawyers in private practice on Maui, turns sixty-two this May.

Apo Alfredo is only three years away from being eligible for Medicare but he’s now eligible for some senior discounts at local stores.

To put it all in perspective, some facts.

In 1958, when Old Man Fred was born in Central Maui Memorial Hospital, Hawai‘i was still a U.S. Territory. Hawai‘i became the 50th State in 1959.

Locally, Maui still boasted several healthy Sugar Mills and Pineapple Canneries. Pā‘ia and Pu‘unēnē still made up two of the larger communities on the island.

You celebrated weddings and birthdays and baptisms at the Pā‘ia Club House, the Pu‘unēnē Filipino Club House or the Pu‘unēnē Haole Club House—County community centers did not exist.

Maui High School’s campus in Hāmākuapoko would not be abandoned for another fourteen years, and the “new” campus was still sand dunes in the Central Maui plains.

Elvis showed up for U.S. Army service two months before.

The federal government also created NASA and initiated Project Mercury. The U.S. Space Force’s insignia would not become the fictional Starfleet’s logo for another eight years.

In the world of sports, the New York Yankees pounded the Milwaukee Braves in the World Series.

The Baltimore Colts featured the forward pass to beat the New York Giants in the NFL Championship—there was no Super Bowl. The San Francisco 49ers missed the NFL play-offs that year and this year’s champion Kansas City Chiefs would not be created until two years later as the Dallas Texans of the American Football League.

The St. Louis Hawks won the NBA series over the Boston Celtics.

The California Golden Bears won the Pac-8 Conference title and a trip to the 1959 Rose Bowl Game. USC went 4-5-1 under Coach Don Clark; John McKay would not become Head Coach for another two years. Pete Carroll was seven years old.

In the islands, Trans Pacific changed its name to Aloha Airlines.

In 1958, LEGOs, Skateboards, Crayola Crayons ‘64′ with built-in sharpener, and the Hula Hoop became available for the first time. 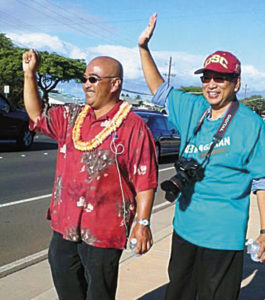