Home Editors Desk Did You Vote?

As an immigrant and business owner, I know how important it is for government to be responsive to the people’s needs. That’s why I voted in this month’s election. Did you vote?

As an immigrant, I continue to believe that America gives us a chance to succeed, regardless of where we were born. In America, education has always been called the great equalizer, allowing those in the lower classes to climb the ladder of success. I’ve always been a supporter of our public school systems and I always vote for those who believe in it as well. Did you vote? 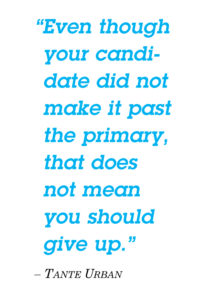 As a business owner, I have faced many obstacles in my quest to be successful. At times, there’s so much red tape that doesn’t make sense… or it takes so long to complete the process. Sometimes, to me, it seems that government hinders more often than helps. In Hawai‘i, small business is the backbone of our economy and many in our Filipino community are dreaming of starting their own enterprise—whether in the provision of goods, services, etcetera; I’ve always been a supporter of those who believe that government should assist—not impede—businesses and I always vote for those who believe in it as well. Did you vote?

The primary elections are now done but the election season is not yet over as the general elections are less than three months away. The number of candidates are lessened (and yes, for some races, the candidates have already been elected outright) and we need to focus and continue to impress upon the remaining candidates what we believe our government should emphasize.

Even though your candidate did not make it past the primary, that does not mean you should give up. In business and in life in general, we never give up even after we face obstacles. Likewise we should never give up when our preferred candidate does not win.