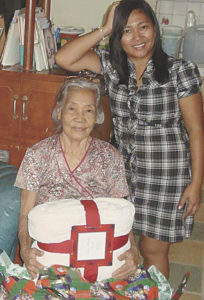 Brrr……September. It’s the first month of the ’ber months. Filipinos are known to play Christmas songs on the 1st day of September to kick off the Christmas season. Kumusta mga kababayan?

Septiembre na, ready ka na ba sa pagsapit ng Pasko? (It’s September, are you ready for Christmas?) Speaking of September, September 9 is Grandparent’s Day. How did you do with your homework last month? What do you call your grandmother? I call my grandmother Nana. I used to call her long distance and talked to her about a lot of things. Hopefully you took the time to call your Nana, or even better go visit her. What about our kaibigan (friend) Michael? Do you remember what happened in the last issue? Let’s take a look. 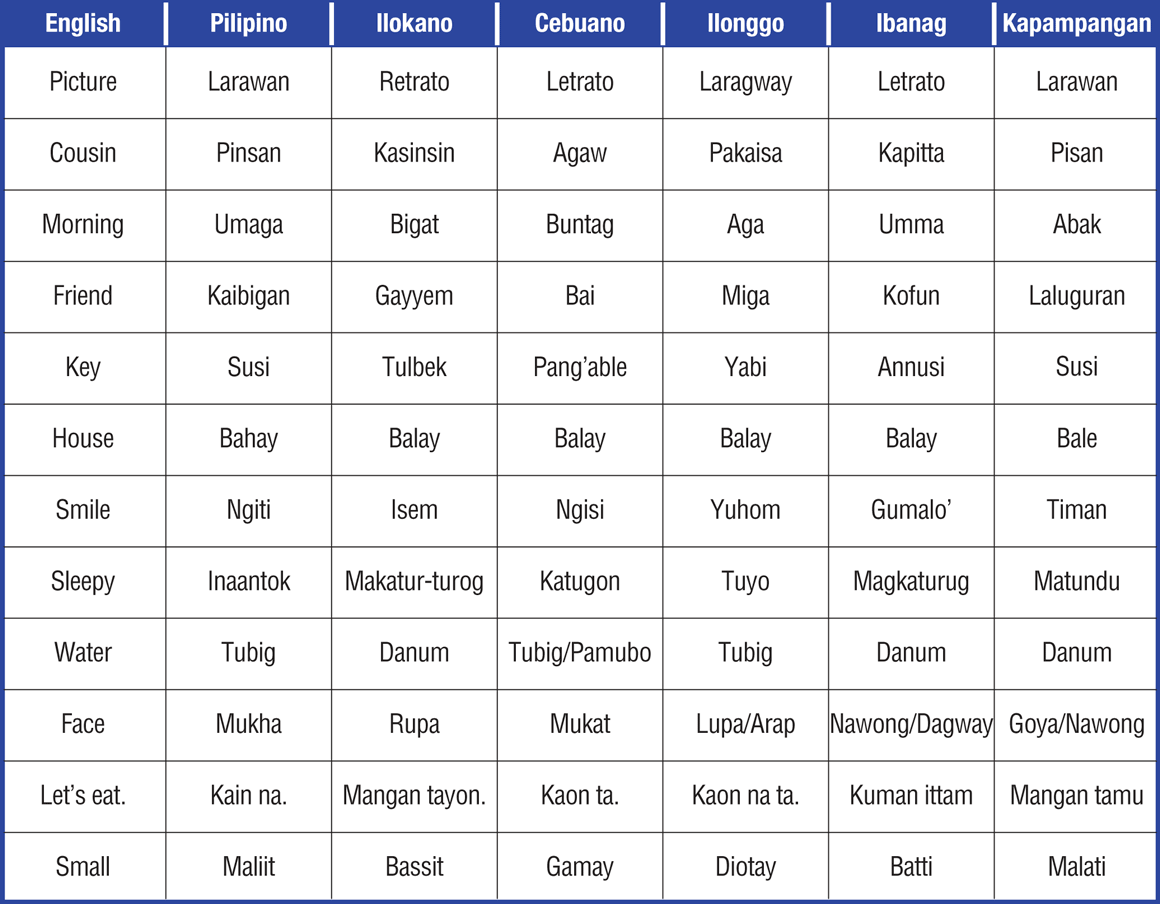 Michael slams the brakes at his grandma’s house, and enters using the susi (key) he kept under a rock since he was anim (6) years old.
He opens the door, and Gramma Ina is there sitting on the recliner in her usual place.

Michael: “Grams! Are you ok? You called me and I was so worried!”
Grandma: “I can’t find the remote. Can you help me find it?”

Michael exhaustedly collapses on the sofa.

After finding the missing remote, Michael decides to sleep over at Nana’s balay (house). The guest room is located next to the front restroom. This room had been practically occupied by everyone in the family at one point or another. It is quite common in Filipino culture that multiple families share one balay (house). Michael used to live here when his dad lost his job at Maui Pine. Since then, they moved out, Aunt May moved in, she moved out a few years later when she got married, and then Uncle Boy moved in. Now it is Uncle Sonny with his new wife, Aunty Dee from San Miguel, who is pregnant with her second kid. They live in the room in the back.

Opening his eyes, staring at the ceiling, he imagines Angel’s mukha (face) and ngiti (smile). Then Rosie pops into his head, laughing and yelling Palito. Michael jumps out of his bed.

Moseying to the restroom, he noticed a few larawan (pictures) hanging on the wall.

One of them catches his eye. It is of himself when he was a kid. He figures he was three years old. Michael clearly remembers that day. It was the day that he learned how to ride his bike. It was a black and yellow plastic tricycle. He was wearing short shorts, giant elbow pads, knee pads, a huge helmet that was bigger than his whole body. Baby Michael had the biggest issem (smile). He looked straight at himself in the letrato (picture).

“Look at you, Michael. You were so happy. You were so young, you could do anything and felt like you could conquer the world. What happened to you?”
In a magical moment, the boy in the litrato (picture) turned his head and looked back at him and frowned.

Michael jumped backwards, rubbed his eyes and looked back at the picture. The boy is back to normal, smiling at the camera.

He made his way to the bathroom and reached for a new toothbrush on the cabinet. He then shuffles through a few of the things on the sink counter, and among them he spots a few items.

There’s his sister’s Eskinol with cotton balls scattered around. “SMH (shaking my head), that stuff hurts the rupa (face).”

His pinsan (cousin) Liza and her Likas Papaya skin whitening soap in the hand soap tray. “It looks like she hasn’t been here in a while.” The orange soap is already dry and cracking.

There is a bottle of White Flower that is used when you have a sore stomach.
Multiple cups, bottles, rollers, sticks, and a maliit (small) container of Vicks vapor rub that is supposed to fix anything from headaches to sore feet.

Aunty Dee’s Sebu de Macho for scar removal. “She still has a lot of stretch marks.”

Uncle Sonny’s Three Flower Pomade that he made Michael use on his first day of school and he dripped over everything. It was so bad, that the school nurse had to wash his hair during lunch. “I can’t believe uncle is still using this stuff.”

His nephew’s coconut oil. “I swear, he uses it for everything, he probably even bathes in it.” There is also a small container of charcoal that is supposed to whiten teeth. “I don’t see any changes on his teeth, it just makes a mess. These kids are so weird.”

Then there’s the tube of Crest toothpaste, that we call Colgate. Filipinos like to call any brand of toothpaste Colgate. It doesn’t matter if it is Crest, Pepsodent, Aim or Arm & Hammer, we call it Colgate.

As Michael finishes up brushing his teeth, he looks at the mirror, and stares at himself. “Who are you? What are you doing in your life?” He stands there for a minute and started to let the danum (water) run. He was about to wash his mukat (face) when he heard his Nana calling him.

It’s Saturday morning at Nana’s house. Do you have any of these items in your house? Does it trigger a memory or story or something? What other items like these do you have in your bathroom or in your closet? Let us know on our Facebook page at www.facebook.com/letstalkpinoy. Is there a family member that you used to visit often that you no longer visit? Maybe it’s time to free up your schedule and make a trip to see them.

That’s all I have for you folks. Hope you learned a few words, and enjoyed the story. Your homework this month is to invite people to eat before every meal. Mangan tayun or kain na means let’s eat. Inviting people to come eat is not only a Filipino thing but it is good manners and a courtesy in general. Go ahead and eat something!