Time really flies by so fast nowadays. Before you know it, it will be time to flip the next leaf of the calendar.

Whew! It’s the third month of the year but we are still in the middle of the global pandemic.

Have you had your vaccines? A lot of people are skeptical about getting it. Others are so eager to get it. Did you get yours? Why or Why not? Whatever your reason should be for the good of everyone and not just a selfish reason. If you haven’t received yours, be patient. You will have yours. 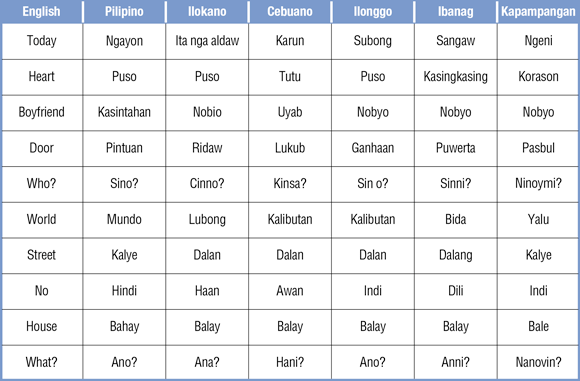 Michael hangs up and slowly creeps his way towards Poni Place. As soon as he sees the surveillance car pull out, he pulls in.

As he jumps out of the sasakyan (car), he runs up the hagdanan (stairs), and knocks on the pintuan (door).

He pounds the ridaw (door) with all his might.

And finally, Angel opens the ganhaan (door), in shock to see Michael.

It was a long pause.

Angel breaks the silence and says: “Who are you?”

Michael: “What do you mean? It’s me, Michael. Mikey. It was just yesterday and you forgot me already?”

Angel: “I don’t mean you … him.” She points to a man hiding behind a tree.

In the distance is a man snapping some photos.

Michael goes inside the house and closes the door quickly.

While inside, Michael gasps as he bolts the door.

“I thought he was with you,” says Angel.

Michael peeks out the side window. He can faintly see the silhouette of a man hiding behind a tree. “This is really creepy,” says Michael.

“What are you doing here anyway?” asks Angel. “And how do you know where I live?”

With an awkward look on his face, Michael says, “Ummmm … yeah, I don’t know how I found out where you live, maybe just coincidence.”

Then Michael looks away.

“No way! Have you been following me?” asks Angel.

“Haan (No), I swear. I haven’t told you? I was a little concerned so I did a little bit of research to see where you live,” Michael says casually.

Confused, Angel glances at the window and asks “Cinno (who) do you think is this man? I’m scared.”

“Can you go out there and see sino (who) that is?” asks Angel.

“What? Do you want me to go and confront him?” asks Angel.

As he approaches the door his hands start to sweat and he begins to shake, his korason (heart) begins to pound through his chest.

He opens the door and the silhouette disappears behind the tree.

“I know what I’m gonna do,” says Michael to himself. “I’m going to gently walk over there as if I am looking for something that I misplaced outside. And when I see him I’ll ask who he is. Yes, that way there will be indi (no) altercation. I don’t wanna get hurt,” says Michael.

Tippy toeing his way to the tree, he hears a shuffle of some of the leaves. He starts to have an anxiety attack about what’s going to happen.

Michael has always been the type to avoid conflict at all costs. Whenever somebody does him wrong, he just lets it go. Kids used to steal his money that he brought to school for lunch. Even as he got older, people lacked the respect to treat him like a man. His secretaries would all answer him back, his interns would start ordering him what to do. But it was easy because interns you can always just replace them with another intern. In the real kalibutan (world), you don’t have this luxury. Michael never really learned how to stand up for himself.

“Ita nga aldaw (Today), you will have to conquer some of these feelings and approach a man you’ve never met before, confront him and maybe even force him off the property. How am I going to do that? I have awan (no) idea,” Michael whispers to himself. He approaches the tree and as soon as he turns the corner, he crosses his puso (heart), takes a deep breath and turns his head to see sino (who) it is.

“Ana (What) are you doing here?” asks Michael.

“I should be asking you this question,” says Michael.

“Awan (No), I’ve never seen you here before,” responds the young man.

“Do you live nearby?” asks Michael.

“Down the kalye (street),” says the young man.

“Why are you hiding behind a tree?” Michael asks.

Taken aback, Michael embarrassingly looks away not knowing how to respond.

“Dili (No), I’m not her nobyo (boyfriend),” Michael barely whispers through his teeth.

“Do you know if Miss Angel has a nobio (boyfriend)?” asks the young man.

“Wait, why do you ask me this?” asks Michael, irritably.

Apparently, this young boy has been sneaking out of this house and standing outside of Angel’s house, in hopes to see her.

Sometimes he does, sometimes he can’t. Faithfully, he comes out every night, every morning and every afternoon just to see her.

This young man has a very huge crush on Angel and probably lacks the skills or the courage to say something to her. So, for now, he just admires her from afar.

It sounds like the same thing that Michael is doing. Only this young man is about 16 years old—half his age.

“Kid, she doesn’t have a kasintahan (boyfriend). But definitely she’s mine,” Michael confidently says to him.

He stares at the boy as you can see his lubong (world) falling apart right before his eyes. That the woman he likes is with this man.

Who is this man and what does he want? Visit us on our facebook page and leave us a comment or ideas at www.facebook.com/Fil-AmVoiceMaui. 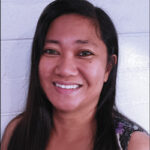